In 1989, just before the collapse of Siad Barre’s regime, Dr. Hodan Ali, then a child, left Somalia with her family to settle in Canada.

The family made its new home in Hamilton, Ontario, where she later studied at McMaster University for a Bachelor of Science in Nursing and a postgraduate diploma in health care.

Her interest in the plight of newcomers to Canada remained strong, and in 2011 she co-founded the first immigrant and refugee general health practice in Hamilton.

But Dr. Ali’s interest in Somalia also remained just as strong. Some 22 years after she left, she returned in 2011 as part of a Canadian medical team deployed to assist during a famine plaguing the capital, Mogadishu, and its surrounds.

Her experiences reinforced a long-held dream of returning for longer and doing more for Somalis as they rebuilt their country. 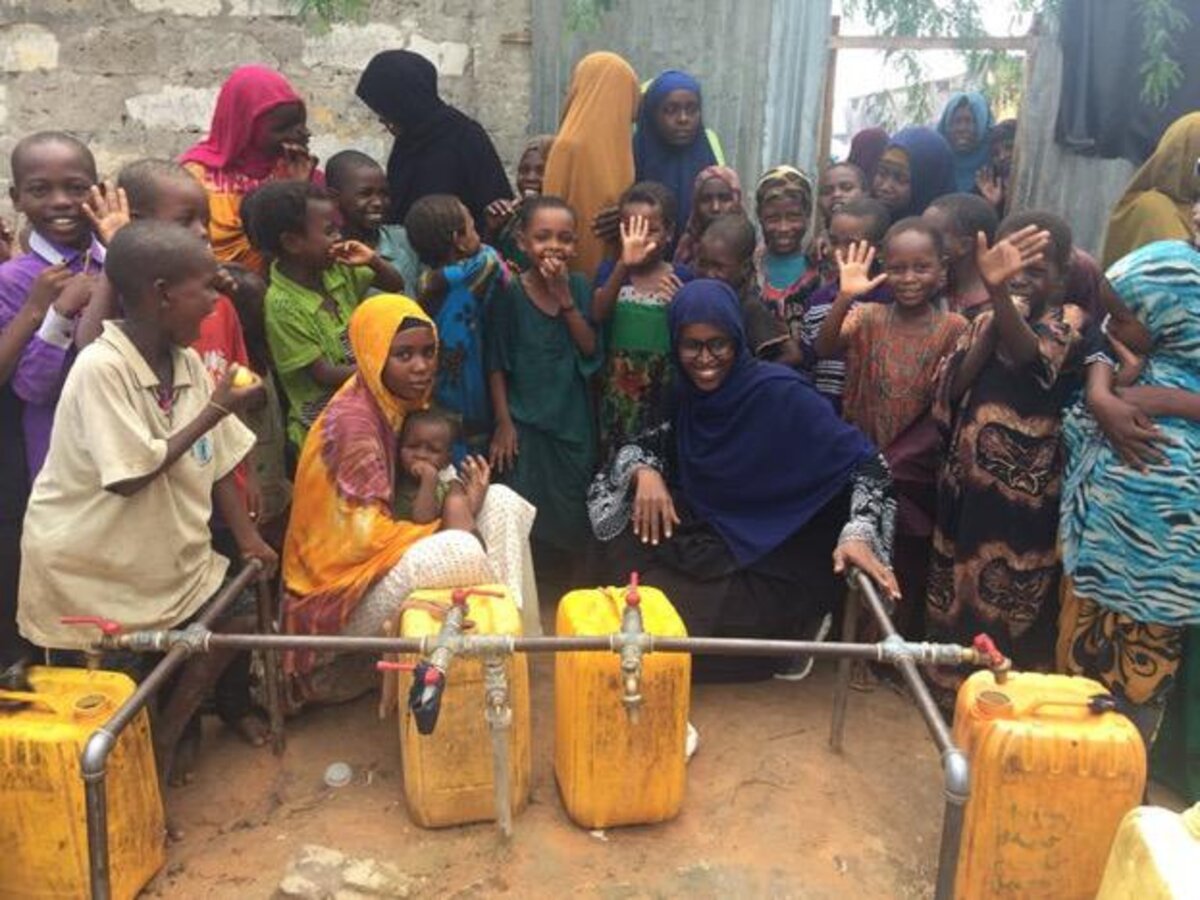 “When I arrived, I was deeply troubled by the incredible pain and suffering amid the high insecurity in Mogadishu. Nearly a quarter of a million people died during that period because of the famine – many of them children and women. At that time, I was unable to stay, but had committed to returning to take part in the recovery and state-building process,” she recalls.

“I always wanted to return home and support the health system of the country given my training – improving access to primary healthcare. Too many Somali children die prematurely because of preventable and treatable diseases such as pneumonia, diarrhoea, malaria, etc,” she notes.

“Somali mothers continue to have one of the highest maternal mortality rates in the world because of a lack of prenatal care and safe labour and delivery services, not to mention various common treatable diseases that contribute to the high rate of morbidity and mortality we see across the country,” she adds.

In 2016, Dr. Ali returned and took up various government roles.

“I had initially worked with the National Drought Committee as a medical advisor during the 2016-17 drought. I was pleased to see that compared to 2010, this time we were able to save thousands of lives and avert famine – a testament to the country's systems beginning to function and greater coordination with international partners,” she states.

The plight of internally displaced people (IDPs) soon caught – and dominated – her attention.

“I've served as the Senior Policy Advisor on internal displacement to the Mayor of Mogadishu Municipality since 2018. As you are aware, over the past 30 years of conflict and natural disasters, nearly one million people have fled to the capital and become internally displaced across the city,” she says.

In 2019, in response to the challenges faced by IDPs, she supported the municipality in establishing a new office, known as the Durable Solutions Unit.

“The unit’s objective is to build the capacity of the local government to effectively address internal displacement and the rampant human rights violations taking place in the IDP camps. The unit developed the first regional IDP policy, evictions prevention guidelines and the regional durable solutions strategy. Through the European Union-funded project, the unit spearheaded the design and implementation of the first social housing project in thirty years,” Dr. Ali says. 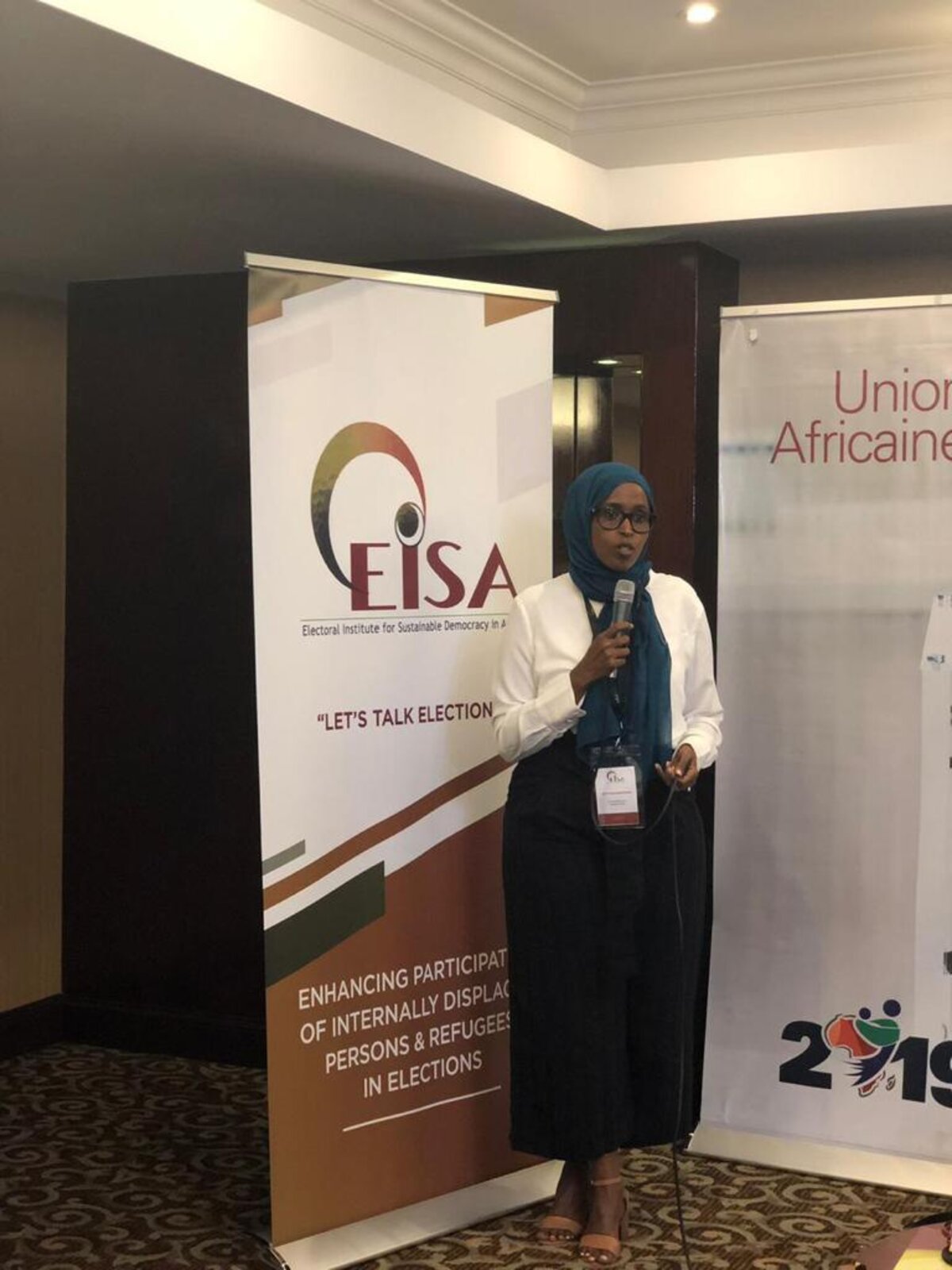 But Dr. Ali’s care for fellow Somalis extended beyond the health sphere – she also engaged in activism centred on Somali women having a greater role in the country's future, stemming from her belief that women's political participation is necessary for Somalia's political, economic, and social development.

With other activists, she established a grassroots women’s political movement called LeadNow.

According to her, LeadNow is a women’s solidarity movement dedicated to increasing Somali women's participation in political and public life, and amplifying all existing and new women’s networks.

"To achieve this, LeadNow acknowledges that Somali women are diverse, and we aim to redefine women’s collectives by ensuring we are inclusive and champion all Somali women as we strive to achieve a common goal for fair representation in public office,” Dr. Ali says.

“We are a broad network of women,” she continues, “including women's rights advocates, female politicians, civil society members, academia and elders ready to engage all stakeholders tasked with selecting parliamentarians in the 2020-21 Somali parliamentary elections.”

Naturally, the current electoral process has become a major focus for LeadNow.

“The immediate goal is to ensure that in this election cycle, by preserving the women's quota so we do not lose the gains made in the 2016 elections which resulted in 24.5 per cent of the people elected to parliament being women. Unfortunately, to date, we do not have any concrete commitments and mechanisms to ensure women will have a level playing field in the elections. Instead, we have non-binding verbal commitments from FMS [Federal Member State] Presidents – not exactly a comforting prospect for contesting women,” Dr. Ali says.

She also noted that the international community, especially donors involved in the electoral process, must take the issue of women’s parliamentary quota seriously.

“In light of recent experiences by Somali women candidates in Somaliland which saw no women being elected to parliament because there was no required quota, it is imperative that the quota is guaranteed with clear mechanisms similar to that of the 2016 process for Somalia’s general elections” the medic says.

“Given the tumultuous nature of Somali politics, and the predisposition to favour men in all matters, the international community, the financiers of the elections, must make the quota conditional to disbursement of election funds. Without this measure, I am afraid Somali women stand to lose gains made in the political process,” Dr. Ali adds.

Dr. Ali believes that without women’s representation in the country’s legislative bodies, the country will see further erosion of the rights of girls, women and vulnerable groups.

“It is imperative that the Somali government continues its commitments in ensuring women and minority groups are not excluded in nation-building, and that the rights of all citizens are protected constitutionally. Equally important is the international community using every tool at its disposal to guarantee political participation and inclusion of vulnerable groups now before it's too late,” she notes. 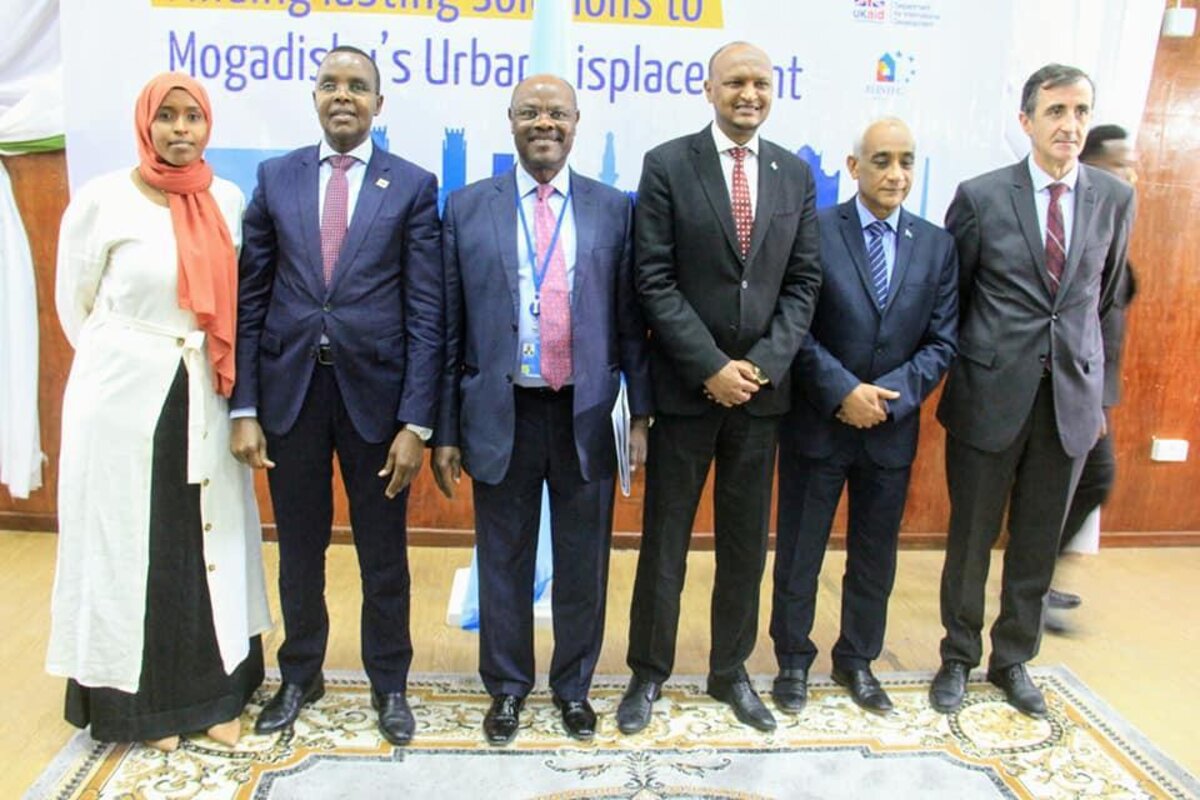 More broadly, Dr. Ali said that unity among Somali women is the determining factor for their success in politics.

“The political landscape has changed dramatically. Each election cycle brings its own challenges and opportunities. Women must begin to think of politics as an all-year, every-year event and not just during election season. Women must also understand politics is about power and opportunity that must be seized unapologetically. Power is always taken and never given. This will require experienced leadership that centres on the collective interest rather than individual self-interest. It is essential we study history and move forward with a clearly-articulated agenda,” she stresses.