Digital rights are not what immediately come to mind when Somalia’s development is being discussed, but Abdifatah Hassan Ali is trying to change that.

The 33-year-old activist is becoming well-known for his action on the topic of Somalis’ digital rights. His efforts are timely although internet is not yet widely used by all segments of Somali society. Internet connectivity plays a critical role for Somalis both in their country and abroad, in areas ranging from keeping families and friends in touch to news dissemination to providing a platform for budding e-businesses.

“Today, money can be easily and instantly wired through Somali-owned remittance companies from all corners of the world. Inside the country, people send money through the mobile phone-based system,” says Mr. Ali. “In addition to this, there has been the rise of digital media in Somalia as social media platforms became a primary source of news for people to get instantly updated.”

There were 1.63 million internet users in Somalia in January 2020, with the number of users in the country having risen 7.5 per cent - or 113,000 people - from 2019, according to digital usage tracking firm DataReportal. Internet penetration in Somalia stood at 10 per cent at the start of this year.

However, the growth has come amid limited public awareness on digital rights and privacy issues, and their linkages to human rights.

The United Nations High Commissioner for Human Rights has previously spoken of the need to focus on human rights in the digital age. Last year, the Commissioner said that while digital technology already delivers many benefits, the digital revolution is a major global human rights issue and its “unquestionable benefits do not cancel out its unmistakable risks.” 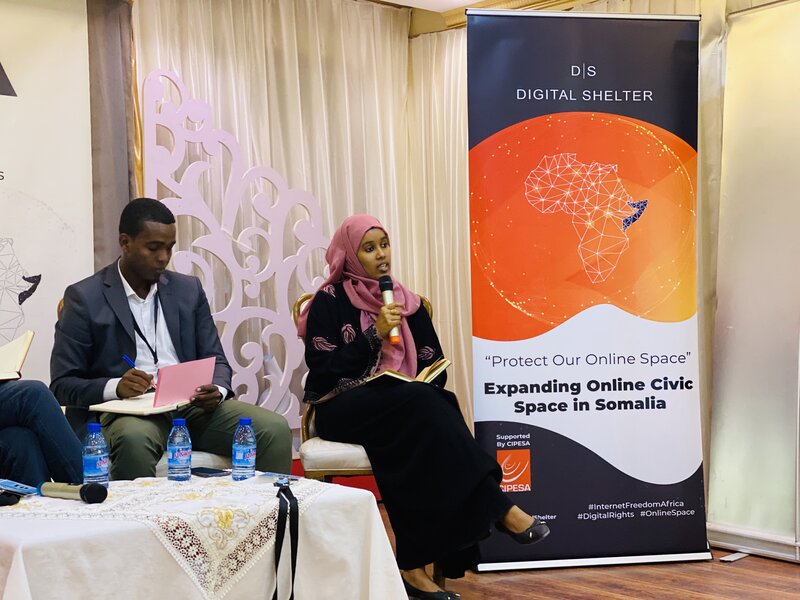 “DS sees a world where people are becoming increasingly connected through the internet and digital tools which bring opportunities and threats, particularly for those who are using the internet to fight for a particular cause, such as human rights defenders, activists and bloggers,” says Mr. Ali.

Born and raised in Mogadishu, Mr. Ali graduated with a degree in Information Technology from SIMAD University, in the Somali capital, in 2012. After working for a civil society group promoting women’s rights, he eventually set out on his own path, and joined by three colleagues, established DS in 2018.

However, in recent years threats against online freedom of expressions - such as online harassment, increased digital risks and the overall shrinking online civic space - have cast a shadow over some of the advances made in Somalia. For instance, people may not be aware of the risks involved when their privacy is jeopardized by state or non-state actors, or when people are being targeted for views they have shared online.

“It is against this background that DS was established - primarily to promote digital freedom where people can openly express their opinions/feelings without facing threats,” says Mr. Ali, who also serves as DS’s director.

Breaking down digital barriers and correcting misconceptions about the digital sphere and people’s rights is not an easy task, according to DS. Given the conflict that Somalia has experienced, many people appear to minimize online risks, with a common question from interlocutors being: ‘We live in a country where people are being killed regularly, so what danger could possibly come from digital threats?’

“How do we deal with this? We share stories of victims of online attacks, such as women and girls who have been affected by digital abuse and harassment - without disclosing their identities, of course. We also share stories of journalists, human rights defenders and social media activists who have faced similar attacks, and this has helped change local communities’ perceptions of the threats posed in the digital sphere,” he noted.

The other challenge DS regularly faces is that, while digital access and usage are increasing among Somalia’s burgeoning youth population and in urban areas, there is still a majority of Somalis, especially the poor and those from marginalized communities, who are digitally disconnected due to challenges such as digital illiteracy and financial hardship. This particularly concerns DS as those without digital access are at risk of not having their voices heard on issues of importance in Somali society and debate. 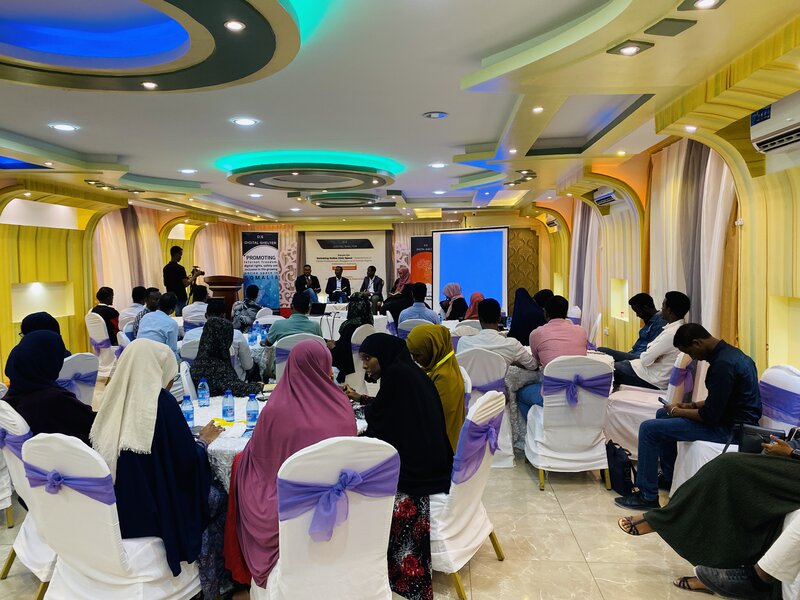 “Somalia is in the process of recovery, development and democratization, which means that internet freedom, a widened online civic space and protecting digital rights are not only essential but must be protected to ensure we build a strong democratic and open society which is also digitally inclusive,” says Mr. Ali.

DS’ founder highlights that strong international awareness of digital rights has led to support for its work in Somalia. Earlier this year, DS received funds from the Africa Digital Rights Fund, an initiative of the Collaboration on International ICT Policy for East and Southern Africa (CIPESA), which is one of two centres established through an initiative supported by the UK’s Department for International Development. CIPESA focuses on decision-making that facilitates the use of ICT in support of development and poverty reduction.

A report issued in 2019 by the UN High-Level Panel on Digital Cooperation called for the digital future to be safer and more inclusive. At a time when around half the world’s population still has no access to the Internet, the Panel called for every adult to have affordable access to digital networks as well as digitally enabled financial and health services, by 2030.

It also said that cooperation in the digital space is paramount, as individuals, institutions, corporations and governments cannot manage digital developments alone, and that global aspirations and vulnerabilities are “deeply interconnected and interdependent.”

Mr. Ali firmly believes that with so much potential growth in the use of digital technology in Somalia, the issue of digital rights will only become more pertinent. Along with the DS team, he says he is determined to do what he can to help his fellow Somalis cross the digital divide.