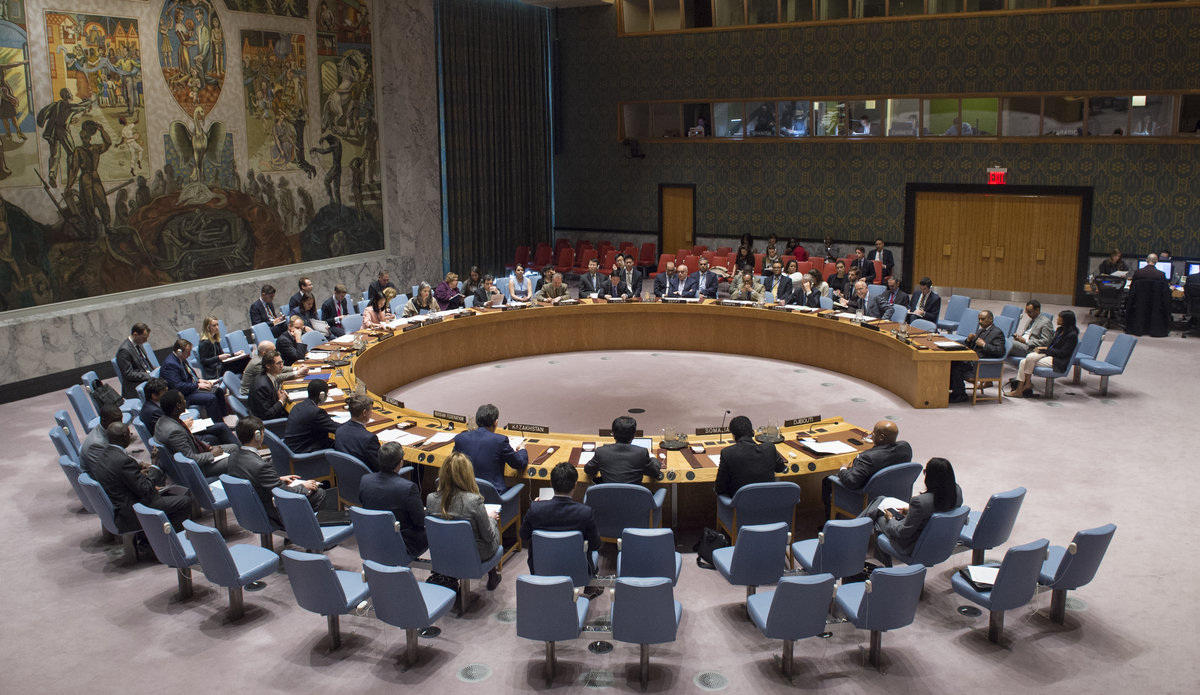 Unanimously adopting resolution 2102 (2013), the Council decided that the mandate of UNSOM  would include the provision of policy advice to the Federal Government and the African Union Mission in Somalia (AMISOM) on peacebuilding and state-building in the areas of governance, security sector reform and rule of law (including the disengagement of combatants), development of a federal system (including state formation), constitutional review, democratisation (including preparations for the 2016 political transition) and coordination of international donor support.

Among its other mandated functions, UNSOM is helping build the Federal Government’s capacity to promote respect for human rights and women’s empowerment, promote child protection, prevent conflict-related sexual and gender-based violence, and strengthen justice institutions. Further, it is monitoring, helping investigate and reporting to the Council on any abuses or violations of human rights or of international humanitarian law committed in Somalia, or any abuses committed against children or women. The Mission is also supporting the implementation of the National Security Architecture that was endorsed by the Federal Government and Federal Member States in April 2017 and the Comprehensive Approach to Security framework.

In such work, the Council underlined the importance of Somali ownership, with the Special Representative of the Secretary-General, James Swan, aligning closely United Nations country team activities with the priorities of UNSOM and the Federal Government, as well as AMISOM, the Intergovernmental Authority for Development (IGAD), the European Union and other regional, bilateral and multilateral partners.

In line with the Security Council decision, UNSOM is based in Mogadishu with presence in capitals of existing and Federal Member States including Puntland, Jubaland, South West and Hirshabelle. Planning is underway to establish an UNSOM presence in the Galmudug State of Somalia.

The Secretary-General keeps the Security Council regularly informed of the implementation of UNSOM’s mandate through quarterly reports.