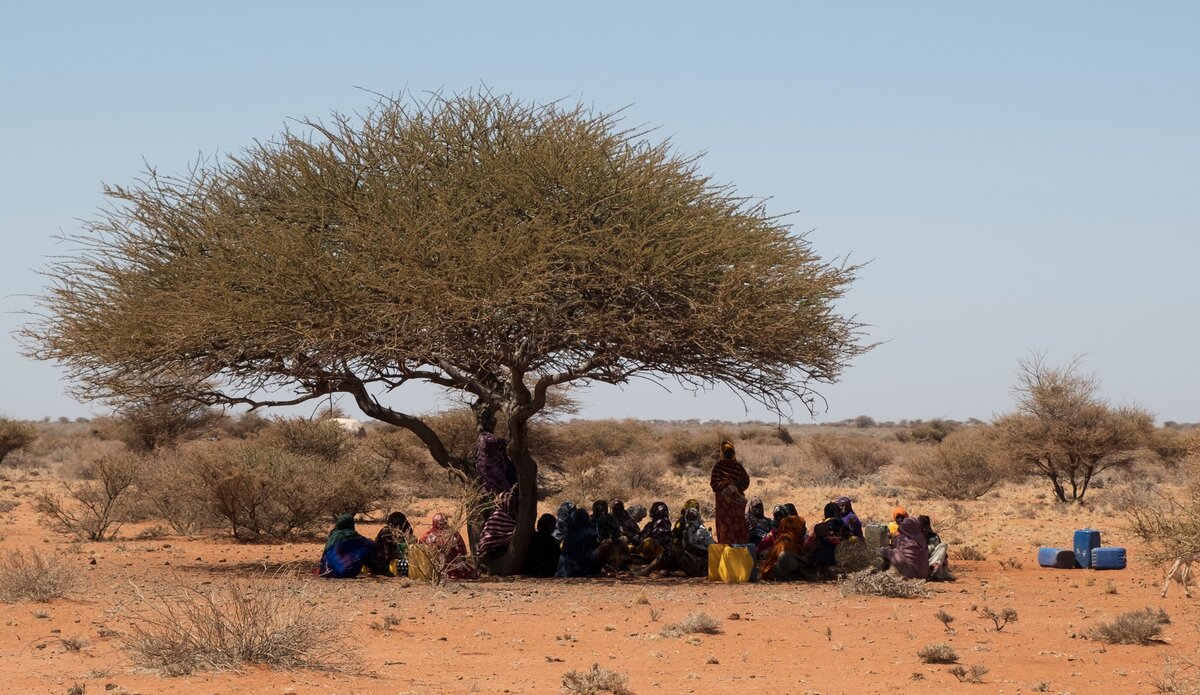 The Office of the United Nations High Commissioner for Human Rights implements its mandate in Somalia through UNSOM’s Human Rights and Protection Group (HRPG). UNSOM was established by Security Council Resolution (SCR) 2102 (2013). The subsequent mandate renewals, including 2632 (2022), comprise both the protection and promotion of international human rights law and international humanitarian law, including the protection of civilians. Since 2016, the Women Protection and Child Protection units are integral parts of HRPG.

HRPG is present in Mogadishu, Jubaland, Puntland, South West State, HirShabelle, and in Somaliland. Another field office is expected to be established in Galmudug.

Our key thematic areas of work in Somalia are:

In pursuing its mandate, HRPG engages in various strategic activities to support human rights efforts on the ground. For example, HRPG plays a particularly valuable role in raising awareness and understanding of the country's human rights violations trends and patterns through its monitoring and reporting work. It includes gathering disaggregated data on the main human rights incidents, investigating them and conducting substantive analysis – including violations against women and children. Public reports on topics such as the protection of civilians or freedom of expression are also published.

HRPG also assists the Federal Government of Somalia, the Federal Member States, and the judiciary, in fulfilling their human rights obligations by providing technical expertise and conducting capacity-building activities. HRPG reviews legislative and policy changes and proposes suggestions to harmonize them with international frameworks in areas such as social protection, access to economic, social and cultural rights, and rights of people with disabilities, women, IDPs, youth and or climate change.

Supporting the creation of national human rights institutions in compliance with the Paris principles is a key area in the protection framework for Somalia. For example, at the regional level, UNSOM has supported the establishment of the Office of Human Rights Defender (OHRD) in Puntland. At the federal level, HRPG supported the establishment of an Independent National Human Rights Commission by providing technical support during the development of its law and has continued to advocate for the appointment of its members which is pending.

UNSOM maintains a regular dialogue with civil society organizations (CSOs) and supports their engagement with the Federal Government and other authorities to raise concerns about participation in public affairs, impunity, accountability, discrimination and rule of law. HRPG facilitate pieces of training to strengthen their capacity for monitoring and reporting on human rights in the country.  Since access is restricted because of the security situation, human rights CSOs have played a vital role in support of UNSOM’s mandate to monitor and report on human rights violations and abuses, particularly in remote areas.

As part of the UN approach to leaving no one behind, HRPG meets specific groups and individuals in situations of vulnerability to hear their voices and support them during their advocacy and raising awareness efforts. HRPG highlights these specificities before the national authorities and the international actors to promote that their unique challenges are reflected in the formulation of specific measures that ensure inclusive approaches, free of obstacles to their accessibility and the realization of their rights.

HRPG continues building partnerships and mainstreaming human rights with the international community, including other governments, diplomatic missions, and UN mechanisms. HRPG collaborates with the Human Rights Working Group comprising the European Union and its Member States, Norway, Switzerland and the United States, among others. The Working Group is an important platform for advocacy, information-sharing and identifying initiatives to support the Federal Government of Somalia for improved human rights promotion and protection.

UNSOM also supported the Federal Government of Somalia and CSOs during the Universal Periodic Review (UPR), including during the recent third cycle (May 2021) resulting in a series of recommendations and commitments. Additionally, UNSOM continues to work very closely with the Independent Expert on the Human Rights Situation in Somalia, the Office of the United Nations High Commissioner for Human Rights and the United Nations Human Rights Council in sustaining their efforts for the promotion and protection of human rights in the country.

HRPG also provides guidance and technical expertise to the United Nations in Somalia supporting security institutions in implementing the UN Secretary-General’s Human Rights and Due Diligence Policy (HRDDP). The policy requires that all UN support to non-UN security forces, including the African Union Mission in Somalia (ATMIS), the Somali security forces and the rule of law institutions, is provided according to the principles enshrined in the Organization’s Charter and its obligations under international law.