Baidoa – Quiet and calm are rare at the Bay Regional Hospital in the city of Baidoa.

On any given day, the usual hustle and bustle associated with a major hospital feature throughout its grounds, as could be expected for the main referral hospital in Somalia’s South West State.

Inside, with nurses assisting, doctors are doing their rounds of the wards, checking in on the progress of patients.

“I came from Wajid district; it took me three days to get here. I have been in this hospital for eight days taking drugs prescribed by the doctors. Finally, this morning Dr. Aden cut off the toe on my leg that was giving me so much trouble,” says Ibrahim Ali Isak, a 70-year-old patient recovering from treatment for a long-suffering ailment. The Wajid district is some 95 kilometres north-west of Baidoa.

Outside, families and friends loiter in the hospital’s gardens while waiting to be able to see their loved ones.

“I came from Usley. My daughter was constantly vomiting and had a high fever. I knew this hospital treats children well, including with the provision of three meals per day. I have been in this ward for the last ten days. Thanks to Allah, my daughter is now doing well,” says Fadumo Hassan Moalim, the mother of two-year-old Amina Osman, recovering in the pediatric ward. The village of Usley is some 70 kilometres north of Baidoa. 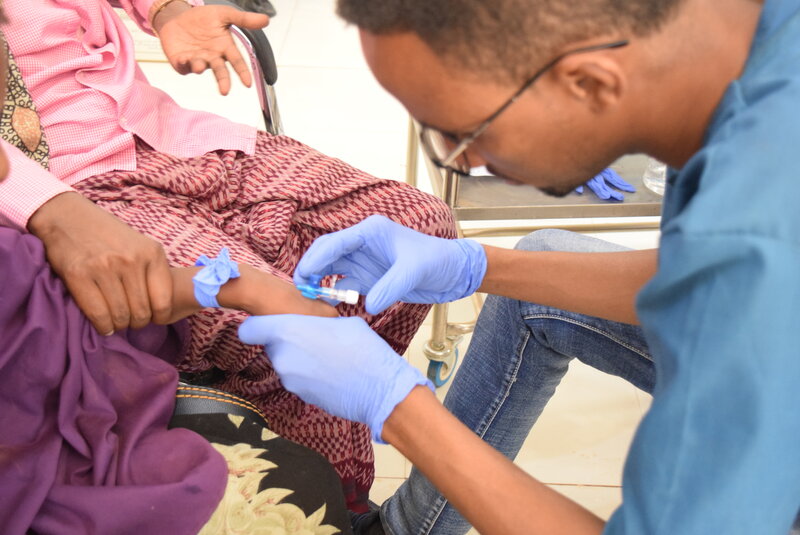 Ibrahim Ali Isak and Amina Osman are just some of the 20,000 people treated at the hospital each year.

Located in the heart of Baidoa city, in South West State’s Bay region, the Bay Regional Hospital is a public health institution which provides free 24/7 health care service to residents of the state’s three regions as well as the neighbouring region of Gedo in the Federal Member State of Jubaland.

The hospital is run by the South West State administration, with the support of international aid agencies. It has eight departments which include surgery, maternity care, pediatric health, nutrition, out-patient treatment and a laboratory. There are 18 doctors on staff, out of a total staff number of 285, and it has 400 beds for patients.

The hospital has come a long way in its 85 years of existence.

“Bay Regional Hospital was built in 1936. It was part of the infrastructure built by the Italian colonial administration. It has covered a big gap by reducing the need for travelling to Mogadishu for medication and treatment,” says Abdifatah Ibrahim Hashi, who has served as the hospital’s director since 2015.

Mr. Hashi has an affinity for the hospital, having been born there in 1981. Before his appointment he had worked with local and international humanitarian agencies, including the United Nations Mine Action Service (UNMAS). As a child, he was witness to some of the upheaval the hospital went through. 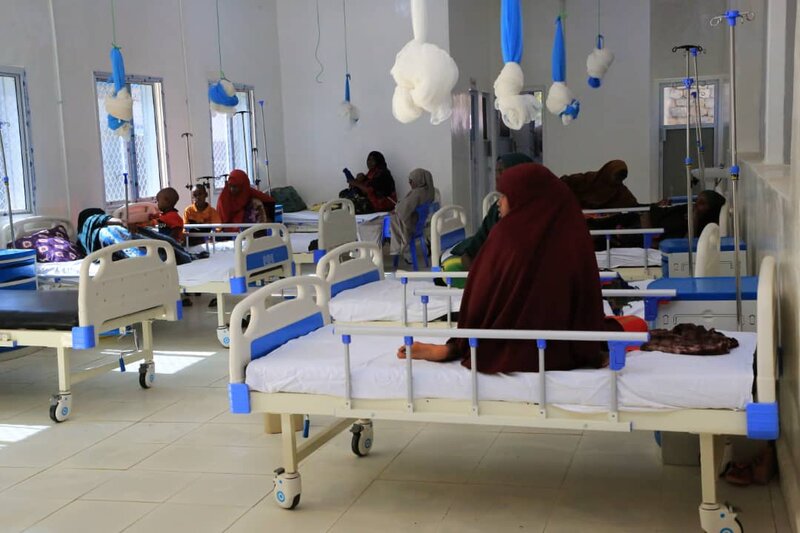 Like many other institutions, the hospital was affected by the collapse of Somalia’s central government in 1991 and, between 1992-1999, control of it changed hands several times.

“When the civil war broke out, Baidoa’s main health centre was seized by warring factions in different times. People began to seek treatment in Mogadishu and other neighbouring capital cities, like Nairobi and Addis Ababa,” says Mr. Hashi.

The murder in 1997 of a Médecins Sans Frontières (MSF) doctor working there presaged tougher times. All support from the United Nations and international non-governmental organizations was halted.

Things started to change in 2007.  The Italian non-governmental organization Cooperazione Internazionale (COOPI) stepped in to support the hospital, and was soon followed by other such as the International Committee of the Red Cross (ICRC) and MSF-Holland.

The renewed support allowed the hospital to rebuild and grow. The current international support from them and other non-governmental organizations includes the provision of medical supplies, staff salaries and new buildings.

All of these developments have helped the hospital get to where it is today.

“In 2020, the Bay Regional Hospital received a total of 6,551 people as out-patients, 8,820 people in the emergency care departments and 5,808 people were admitted as in-patients,” says Mr. Hashi. 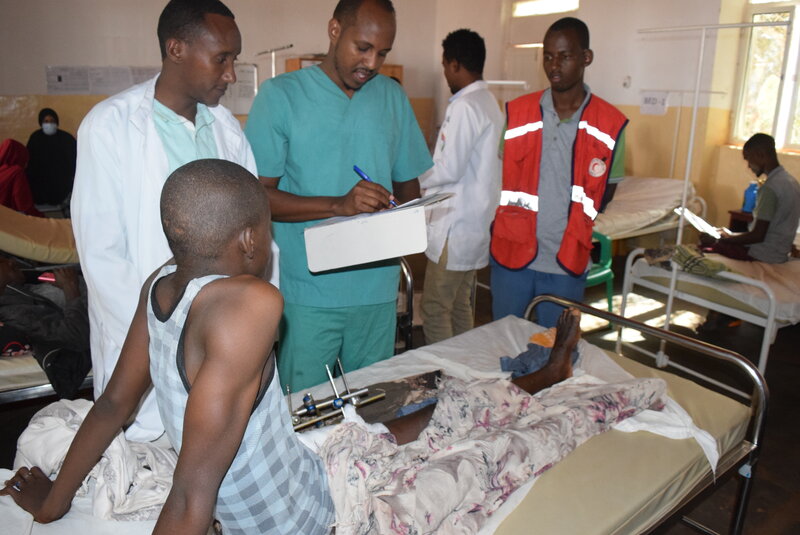 In addition to the support of international donors, the hospital administrator pays tribute to the medical staff for the health centre’s success.

One of them is Dr. Aden Abdikadir Noor, a general surgeon at the hospital since 2012.

Born in Baidoa in 1985, he attended primary and secondary school in Mogadishu and completed his medical studies at Jilin University in Changchun, China, in 2011.

“I then came back to Somalia to serve my people,” Dr. Noor says.

His desire to return and serve his countrymen and countrywomen stems from his experiences during Somalia’s years of conflict.

“In 2006, my colleagues and I used to visit Mogadishu hospitals to donate blood. Hospitals were overwhelmed by patients with multiple injuries and fractures caused by fierce fighting between warring sides – so, what influenced my career choices is pretty clear,” Dr. Noor says.

The surgeon’s days are long and challenging, often involving hours of delicate surgery, but his motivation to continue remains strong.

“My day starts with morning ward rounds to review patients’ condition, followed by the operating theatre to perform planned surgery interventions, then I go to the recovery wards to evaluate patients’ condition. As doctors, we sometimes work longer hours when there are explosions or deadly battles – but I am happy and, indeed, it makes my day whenever I come across recovered patients.” 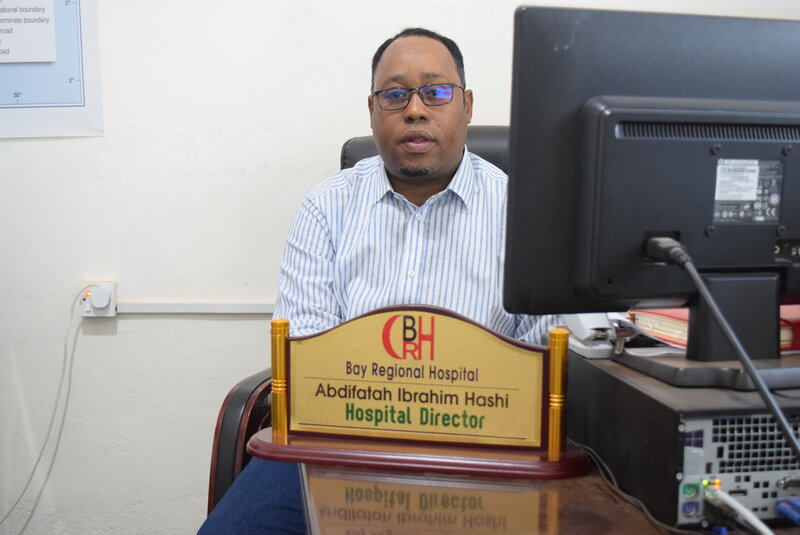