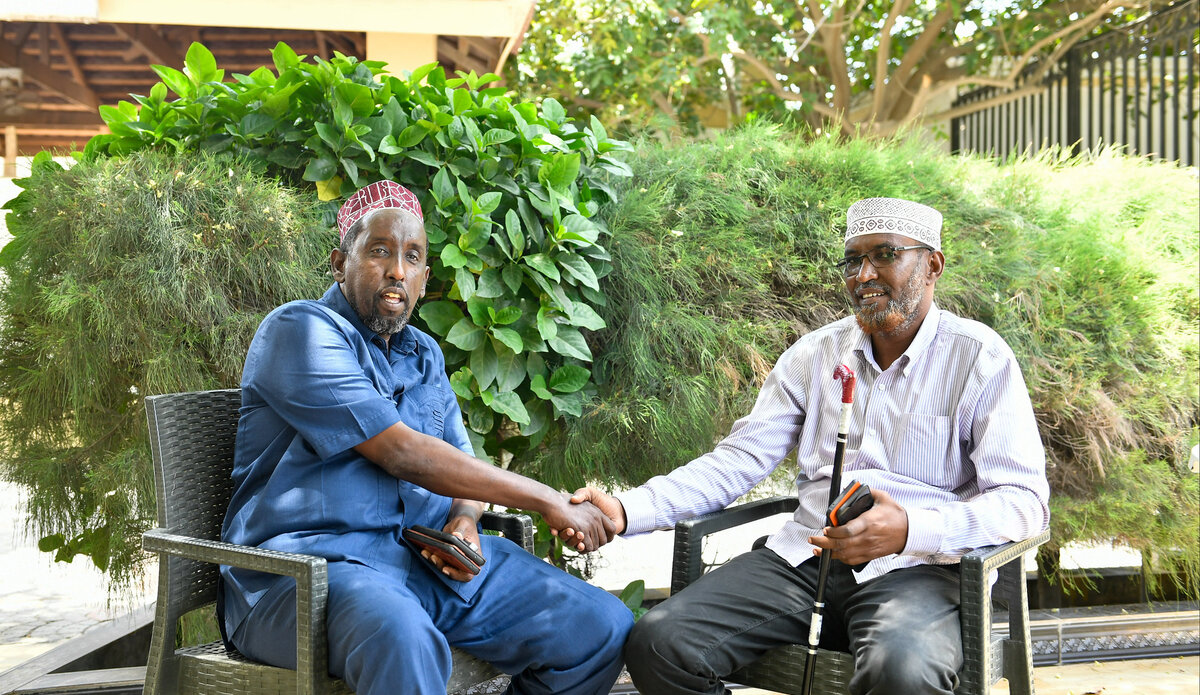 UNSOM, through its Community Recovery and Extension of State Authority and Accountability (CRESTA/A) stabilization team aims to support the Federal Government of Somalia (FGS) and its Federal Member States (FMS) to implement the National Stabilization Strategy which promotes coherent responses around four areas:

The core of the CRESTA/A team’s work is to support the implementation of the National Stabilization Strategy in order to build confidence in state structures and improve the lives of Somali communities by promoting human security based approaches in stabilization programmes.

CRESTA/A along with stabilization partners supports the Government’s broader civilian-led efforts under the leadership of the Ministry of Interior, Federal Affairs, and Reconciliation (MoIFAR), in conjunction with State Ministry of Interior counterparts in Jubaland, South West, Galmudug and Hirshabelle, and to a lesser extent with the Benadir Regional Administration. Each of the State Ministries of Interior have developed state-level plans to adapt the principles and policies in the strategy to their respective contexts. Collectively these interventions intend to remove conflict drivers that are exploited by malign actors, particularly Al-Shabaab, and replace them by developing more inclusive, accountable and democratic structures. For example, the development of effective and responsive reconciliation efforts and governance structures are critical in ensuring that local conflicts, service delivery and other Government functions are managed in a way that supports wider state-building and peace-building goals and addresses the needs of the population.

CRESTA/A’s stabilization work is anchored in existing frameworks: the stabilization strand of the Comprehensive Approach to Security (CAS) architecture, the Transition Plan and the Mutual Accountability Framework.  The Stabilization Strategy recognizes that the extension of state authority is predicated on components such as the presence, capacity and legitimacy of the Somali institutions. In order to bolster confidence in the Government, efforts will continue to support expanding government presence throughout the territory where State and district administrations represent the normative and legal order and delivery of related services brings legitimacy and credibility in the eyes of the population. These efforts provide an important balance in the broader security-peace-development nexus tied to the operational, institutional capacity and support elements of the Government’s Transition Plan.

The National Stabilization Strategy is built upon a horizontal coordination platform to help stabilization stakeholders discuss mutual areas of interest and linkages between activities, policy, and strategy, e.g. synergies between community policing initiatives and development of community recovery projects. In doing so, the team works with a broad range of Somali and international partners: principally MoIFAR and its state counterparts, AMISOM, UN Organizations and the joint programmes on police, justice, and governance, the UNSOM political affairs office, and donor initiatives and programmes.

CRESTA/A supports MoIFAR, as the chair of the CAS Stabilization Strand, as it leads the coordination of the upstream policy architecture and advocacy around the National Stabilization Strategy. This includes support to MoIFAR to promote stabilization in the broader CAS architecture and the operational efforts of the Transition Plan and support the coordination and implementation of activities with the State Ministries of Interior. The national stabilization coordination meeting provides the platform for the FGS, FMS and other national and international partners to hold strategic discussions on thematic and geographic priorities. The team also coordinates closely with both the Somali Security Forces and AMISOM to synchronize stabilization efforts with security operations to buttress and sustain gains made through the implementation of the Transition Plan.

The team supports MoIFAR and its state counterparts by providing an evidence base through two analytical tools developed in conjunction with MoIFAR to identify gaps, inform policy and programme decisions, and promote a prioritization and sequencing of the different partners’ programme activities:

The FIMM provides a dashboard and narrative analysis on progress and conditions in thirty-two districts in Jubaland, South West, Galmudug and Hirshabelle, and the Benadir Regional Administration around local governance, social reconciliation, security/rule of law, and community recovery conditions. It also provides a broad monitoring and tracking tool for the Stabilization Strategy. The 4W tool provides a basic analytical picture illustrating who is doing what where with regard to stabilization programming to help both Government and stabilization partners identify areas for cooperation, avoid duplication of activities and identify geographical and activities gaps.

The implementation of the National Stabilization Strategy and the Transition Plan are fostered through the development of strategic partnerships with key stabilization stakeholders including USAID TIS +, EU-IOM, UK ERI and Norway among others. These efforts focus on both the delivery of stabilization activities with communities, as well as supporting the institutional capacity development of MoIFAR and the State Ministries of Interior.

In order to continue support to the Government and stabilization stakeholders the focus will be on the following areas:

Overall, the interventions will aim to address the underlying causes of fragility and the accompanying conflict drivers to support state-building and peace-building efforts necessary to build a functional federal system in Somalia.