Garowe – At the age of 30, Halima-Sadiya Abdullahi is already a veteran Somali journalist and well-known to the public in her home state of Puntland in northern Somalia.

Her career currently sees her hosting a political programme, SBC Forum, in which she interviews newsmakers, activists and commentators on a range of newsworthy developments, and which has earned her acclaim and respect.

But the path was not an easy one, with issues such as insecurity and gender stereotyping just some of the obstacles Ms. Abdullahi had to overcome in the late 2000s. 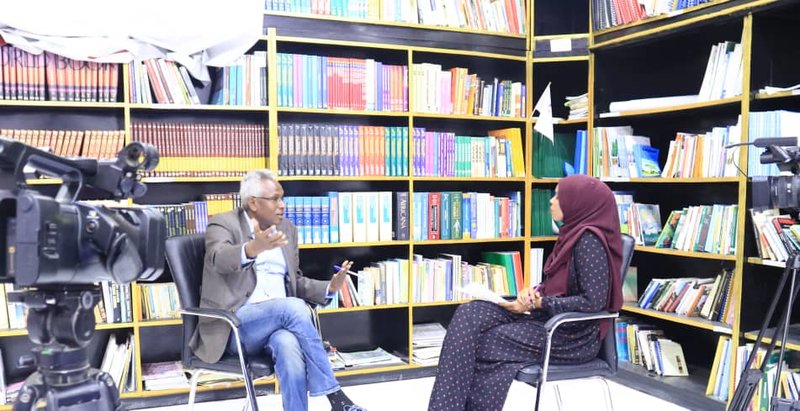 “Reflecting on my earlier days in the media, whenever I interviewed government officials back then, they would tell me that had never before been interviewed by a female journalist – and, when this happened, I always asked them what difference did it make to be interviewed by a male or female journalist?” she says, adding that a common cultural perception at the time was that a woman’s place was in the kitchen and not holding a microphone.

Things have improved since then and women working as journalists is better accepted by more Somalis. However, men still dominate newsrooms in Puntland, with an overall low rate of employment of women in the Federal Member State’s media industry.

Concerns in this regard led to her becoming an advocate for women in the media. In addition to her journalism, she currently serves as the Puntland representative of one of Somalia’s media associations, the Somali Journalist Syndicate (SJS). The group aims to defend the rights of journalists and promote press freedom, as well as provide legal aid to journalists whose journalism work results in court cases.

“Two out of ten journalists in the Puntland media are women, but they still don’t get equal treatment with their male counterparts,” she adds. “For example, they don’t get top-level positions like chief editors and directors, which also means they less than men working in the media sector.”

The journalist believes that while the issue of fair pay in the media is common for both men and women, “men are better at making noise and staging strikes to get their entitlements, while women may continue working without their salaries for several months.”

Ms. Abdullahi thinks that this sort of attitude is buttressed by the lack of written policies and regulations that safeguard proper employment in media outlets, with many journalists hired via verbal agreements.

From a young age, Ms. Abdullahi displayed a passion for telling the stories of her community, and was known for enjoying hearty discussions and debates with her siblings and friends.

While she ended up studying for a degree in community development from Bosaso University, her interest in story-telling led her to start working as a journalist in 2010. She eventually worked for various Somali outlets, such as Radio Daljir, Radio Ergo, Radio Garowe and SBC TV, on which her news programme currently airs. And becoming a parent four years ago did not affect her commitment to her profession. 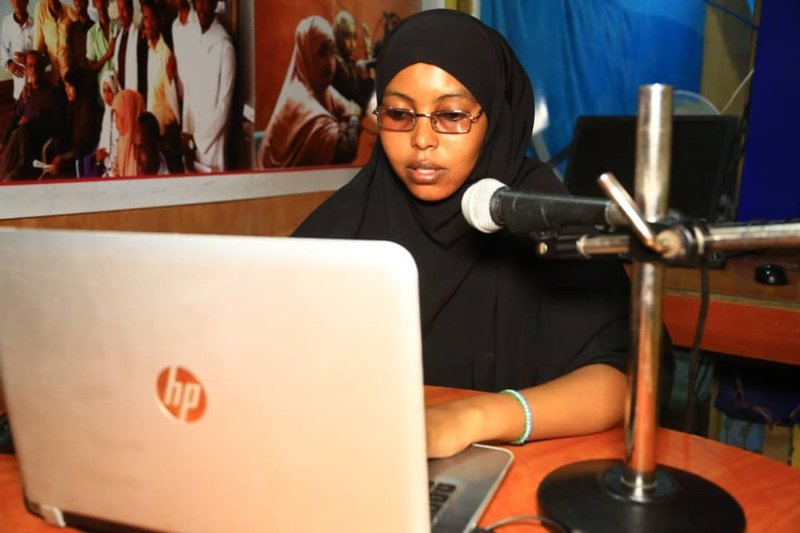 “I have never missed a deadline despite a heavy load on my shoulders, caring for my daughter, and working many hours a day. It is not easy, but I have never complained,” Ms. Abdullahi says.

She sees herself continuing with her journalistic career, noting that the impact the media can have on society is something she takes seriously and believes in, especially in the context of Somalia rebuilding after decades of violence and strife.

“Sometimes as a journalist you don’t only give people the information, you also change them – in fact, awareness-raising and behavioural changes are some of the good that good journalism can lead to,” she says.

The United Nations supports media development in Somalia through its work with various media associations. The world body believes that freedom of expression is a fundamental human right, as stated in Article 19 of the Universal Declaration of Human Rights, and has designated 3 May as World Press Freedom Day.

The theme of this year’s Day is ‘Journalism without Fear or Favour," with the following sub-themes: safety of women and men journalists and media workers, independent and professional journalism free from political and commercial influence, and gender equality in all aspect of the media.

According to the UN Educational, Scientific and Cultural Organization (UNESCO), media freedom and access to information feed into the wider development objective of empowering people, and empowerment is a multi-dimensional social and political process that helps people gain control over their own lives. UNESCO goes on to state that this can only be achieved through access to accurate, fair and unbiased information, representing a plurality of opinions, and the means to actively communicate vertically and horizontally, thereby participating in the active life of the community.