Hinda Dahir Jama: "I Want to Pave a New Path for Girls"

Hinda Dahir Jama: "I Want to Pave a New Path for Girls"

Mogadishu - Hinda Dahir Jama’s love for journalism started early – and has involved its share of danger and hardship.

“Being a journalist is my childhood dream come true. It stems from my strong hope to become a role model for Somali female journalists in this male-dominated industry,” says Ms. Jama.

The 33-year-old mother of three completed her primary and secondary education at Dayib Guray school in Hargeisa and later went on to study for a degree in public administration at the Daarusalaam University in Mogadishu. 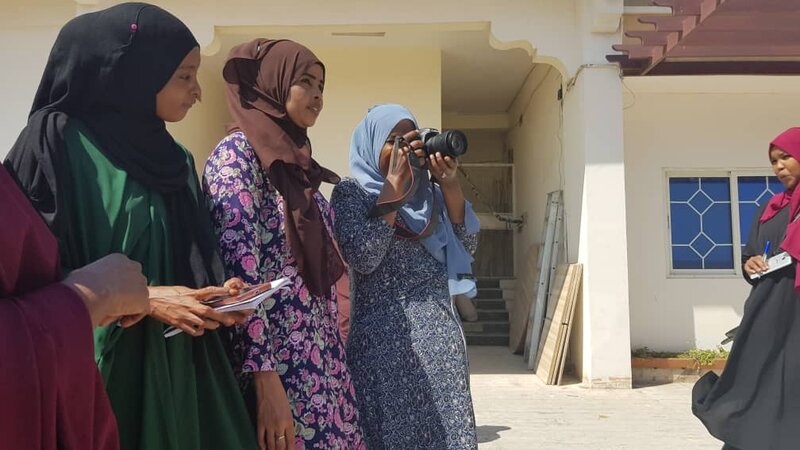 But her undergraduate study was too far a step from her passion. In 2009, for a  year after working with local humanitarian organization Hamaria Relief and Development Organization (HARDO), Ms. Jama made the change to working in journalism.

“I had images in my head regarding the problems faced my Somali female journalists. Those images prompted me to support women in journalism,” she says, adding, “I am a Mogadishu resident and I have encountered many hurdles since I was working in a country devastated by civil war.”

But it was not always easy.

She had begun working at Capital Voice radio station, a Mogadishu-based broadcaster that was part of the now-closed HornAfrik Media Inc group, in 2009, a time when Al-Shabaab held sway in various parts of the country.

In 2011, while working there, she was detained by Al-Shabaab in Elasha Biyaha – a sprawling town on the outskirts of Mogadishu to which people had fled during the fighting in the capital between them and the peacekeeping forces of the African Union Mission in Somalia (AMISOM). 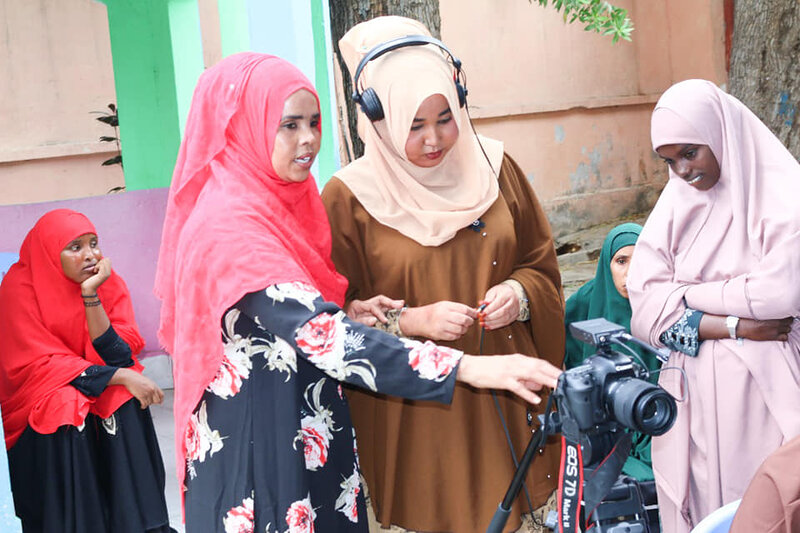 “While I was at home, some men from Al-Shabaab arrested me. They accused me of working for one of the Mogadishu radio stations that strongly condemned the group's atrocities,” Ms. Jama says.

She was held in an Al-Shabaab-run prison for three days while her family tried to negotiate with the terrorist group. The young journalist was finally released after Al-Shabaab militants checked her recording equipment.

The experience was terrifying, but it did not deter her.

While working at Capital Voice as a producer of youth development programmes she made an observation that was to change her career path in the media – and that of many other Somali women.

“I realized that there were no female camera operators. And I knew there is a future in camera operations for female journalists. So, I started learning how to operate cameras,” Ms. Jama recalls.

She delved into the area, benefitting from training offered by the Shiffa Association (Shiffa ry) based in Finland, as well as Somali Media Academy and other media organizations in Mogadishu. In turn, this led her to becoming a trainer of camera operators in addition to her regular news producing work.

Traditionally, photography and videography had been seen as an area only for men to work in. According to Somali Journalists Syndicate (SJS) , women found it hard to enter the profession due to these cultural beliefs, as well as a sense that the demanding work involved long hours and mobility which would mean long absences from home duties. 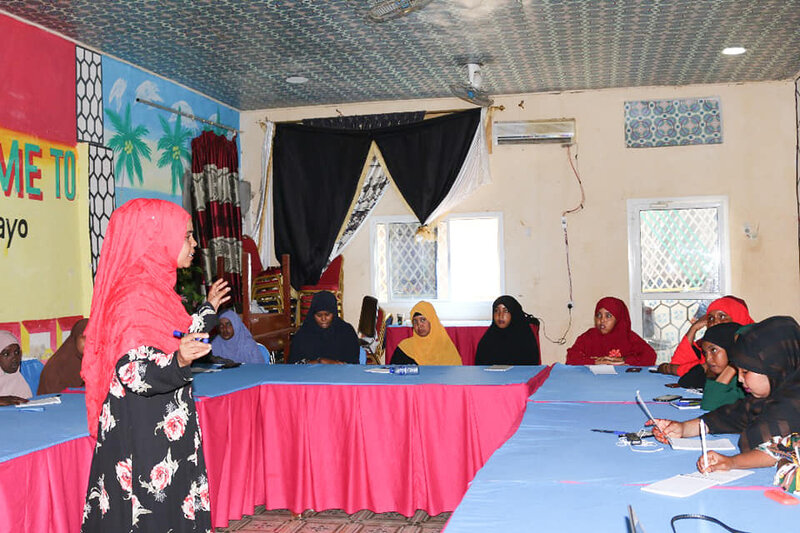 “Many girls who thought that the skills of the camera were limited to boys were able to study and work and I was able to train close to 200 girls, with the training I provided getting support from Finnish Foundation for Media and Development (VIKES). I still feel that I can produce female camera trainers who will help provide an example and spread the profession throughout Somalia,” Ms. Jama says.

In 2014, seeing the appetite for such training and the lack of women in this area of the media, Ms. Jama was emboldened to start her own firm, Hinda Media Productions, to train women and girls who are interested in visual and graphic works.

She proudly notes that several of the women she trained now work for media outlets around the country – testament to what can be done when to counter social constraints, such as a belief in some quarters of Somali society that a journalism career may not be appropriate for women.

“I always meet people who treat my work as non-existent or see me as someone who is doing work that isn’t what I should actually be doing, but these things encourage me to keep applying myself,” Ms. Jama says. “Often, those people who tried to make me feel shame about my work have ended up being great believers later in women’s ability to do photography or videography work.”

According to SJS, there are currently 250-300 females working in the media. Around 30 per cent of these working in technical areas such as photography and video camera work.

In 2016, she joined the state-run Somali National Television, and in 2018, she was promoted to the Federal Government of Somalia’s Ministry of Finance, where she is responsible for all of its photographic and video work.

“I am the first woman to do such a job, and I am determined to continue on these paths. It is a dream come true for me,” Ms. Jama notes.

While training others is not feasible given her current work, hand in hand with her career progression has been a desire to help other women in the media. Over the past years, she has become an active advocate for women's rights, and currently serves as the secretary for the Advancement of Women Journalists Committee in SJS.

She has also found time to pursue a master’s degree in journalism and mass communication via distance learning at Kesmonds International University in Cameroon.

"I was constantly reminded by my parents that my job was risky, and that I should quit,” she says. “But I had a growing desire to achieve my goal of becoming a camera operator, something that I will be remembered for. At that time, back then, I was the only girl with a camera. However, today they are many girls working as camera-people – just like boys do.” 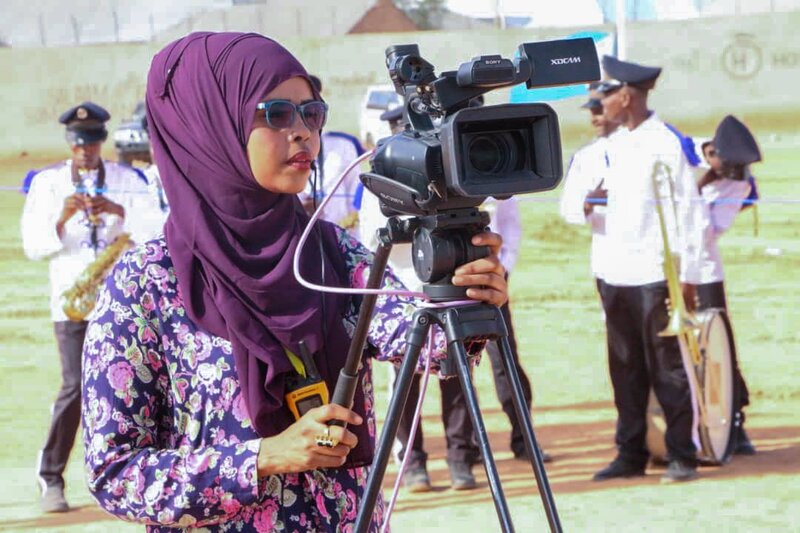