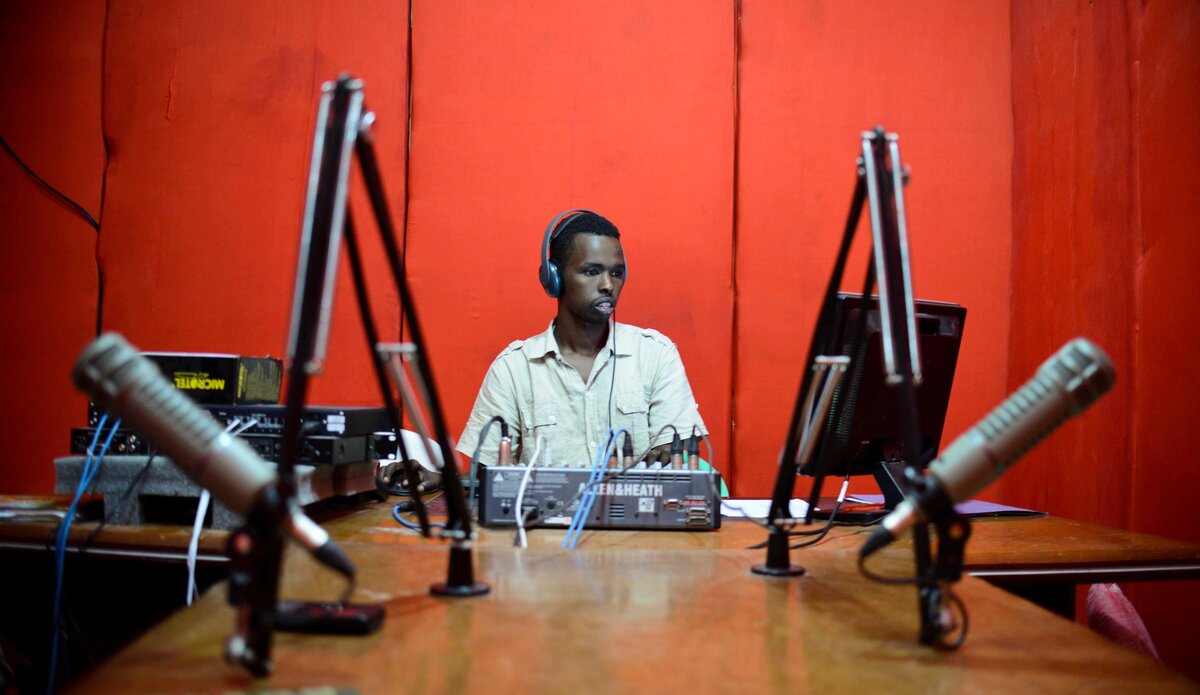 The 2013 UN Security Council Resolution 2102,  establishing UNSOM, includes a robust human rights mandate. There is a strong focus on both protection and promotion of international human rights law and international humanitarian law and the role of UNSOM in supporting this. Subsequent resolutions have emphasized the importance of UNSOM’s adherence, monitoring and support to the implementation of the UN Secretary-General’s Human Rights and Due Diligence Policy (HRDDP). This policy requires all UN support to non-UN security forces, including the African Union Mission in Somalia (AMISOM), the Somali National Army (SNA) and the Somali Police Force, to be assessed for risk to human rights.

UNSOM’s Human Rights and Protection Group (HRPG) discharges the Mission’s human rights and protection mandate, including protection of civilians, conflict-related sexual violence, children in armed conflict, the rights of marginalized groups such as IDPs, persons with disabilities and minorities, and monitoring of pertinent human rights issues such as freedom of expression, human rights in elections, allegations of violations and abuses by parties to the ongoing conflict in the country in which Somali security forces, AMISOM and Al-Shabaab are key parties.

Support for the Government

To address this, HRPG with its offices in office in Mogadishu, Garowe, Hargeisa, Baidoa, Kismaayo and Beledweyne, supports the Federal Government of Somalia (FGS) and the Federal Member States (FMS) to strengthen their capacity to respect, promote and protect human rights.

The collaboration between UNSOM and the FGS in the area of human rights has been grounded in the 2013 Post Transition Human Rights Roadmap (HRRM) which has identified the Government’s priorities. The Ministry of Women and Human Rights Development is the lead Ministry and has established an inter-ministerial committee to support the different strands of work.  In addition to the HRRM, the Ministry is guided by the recommendations of the Universal Periodic Review and for the Independent Expert on the Situation of Human Rights in Somalia.

At the international level, since 2016, Somalia ratified the Convention on the Rights of the Child and the Convention on the Rights of Persons with Disabilities in 2015 and 2019, respectively. It has also taken significant steps to clear the 30 year-old back log on treaty body reports, submitting to the UN Human Rights Committee, the Committee against Torture and the Child Rights Committee.

A key Government priority is to establish an Independent National Human Rights Commission as part of the overall protection framework. UNSOM supported the development of the law, compliant with international standards, and has continued to advocate for the Commission’s establishment which is pending with Cabinet.

At the regional level, UNSOM supported the establishment of the Office of Human Rights Defender (OHRD) in Puntland in early 2015. The OHRD has subsequently contributed significantly in the promotion and protection of human rights in Puntland. OHRD continues to monitor human rights, conducts outreach, targeted advocacy and publishes annual reports on the situation of human rights in Puntland.  UNSOM also supports the Somaliland National Human Rights Commission in capacity-building and monitoring.

A fundamental element of the protection framework is ensuring that the security forces comply with human rights norms. In collaboration with UN partners, such as the UN Office for Project Services (UNOPS), the UN Mine Action Service (UNMAS), as well as the European Union Training Mission and AMISOM and other partners, UNSOM has trained over 15,000 members of the security forces, both military and police.  This work underpins the UN’s own obligation to comply with the 2011 UN Human Rights Due Diligence Policy. This policy ensures that the UN lives up to its own normative standards by guaranteeing that its support to non-UN security forces around the world is consistent with the organization’s Charter and its obligations under international law to respect, promote and encourage respect for international humanitarian law, international human rights law and refugee law.

Engaging Civil Society and Other Partners

Somalia’s civil society organizations (CSOs) continue to play a pivotal role in the country’s democratic transition. Despite the multiple challenges and risks they face, CSOs have been in the forefront of combatting impunity and strengthening accountability and the rule of law in Somalia.

HRPG engages civil society groups on a regular basis to sustain dialogue and contribute to reconciliation and nation-building efforts.  UNSOM supports CSOs’ engagement with the FGS and other authorities to raise concerns about impunity, accountability and the rule of law. As part of this engagement, at the Mogadishu-level, HRPG supports a Civil Society Forum, which convenes bi-monthly to discuss human rights issues and capacity-building. Through the forum, UNSOM seeks to contribute towards building the capacity of CSOs working on human rights issues, coordination and enhancement of their work.

These organizations are currently being supported on various partners to contribute to the implementation of UPR commitments, including through the UN Joint Programme on Human Rights, spearheaded by the Ministry of Women and Human Rights Development.

UNSOM has also been working with CSOs, and has trained some of them, to strengthen their capacity for monitoring and reporting on human rights in the country.  Since access is restricted because of the security situation, human rights CSOs have played a vital role in support of UNSOM’s mandate to monitor and report on human rights violations and abuses, particularly in remote areas.

The collaboration with CSOs allows UNSOM to reach important segments of the Somali public including youth, students, and internally displaced persons (IDPs).

Engagement with Other Governments and Diplomatic Missions/Mechanisms

HRPG collaborates with the Nairobi-based Somalia Human Rights Working Group comprising the European Union and its Member States, Norway, Switzerland and the United States. The Working Group is an important platform for advocacy, information-sharing and identifying initiatives to support the FGS for improved human rights promotion and protection.

UNSOM continues to work very closely with the Independent Expert on the Human Rights Situation in Somalia, the Office of the UN High Commissioner for Human Rights and the UN Human Rights Council in sustaining their efforts for the promotion and protection of human rights in Somalia.

The JPHR aims to strengthen the implementation of Somalia’s human rights commitments and has contributed to the implementation of the UPR and the HRRM, the National Action Plan on Ending Sexual Violence in Conflict (CRSV) and the Action Plan on Children and Armed Conflict. Additionally, the nexus between human rights and security is being strengthened through positioning human rights at the centre of the security institutional reforms, legislation, and policies, reinforced by accountability measures.

UN Convention on the Rights of Persons with Disabilities.pdf

UN Convention on the Rights of Persons with Disabilities.pdf