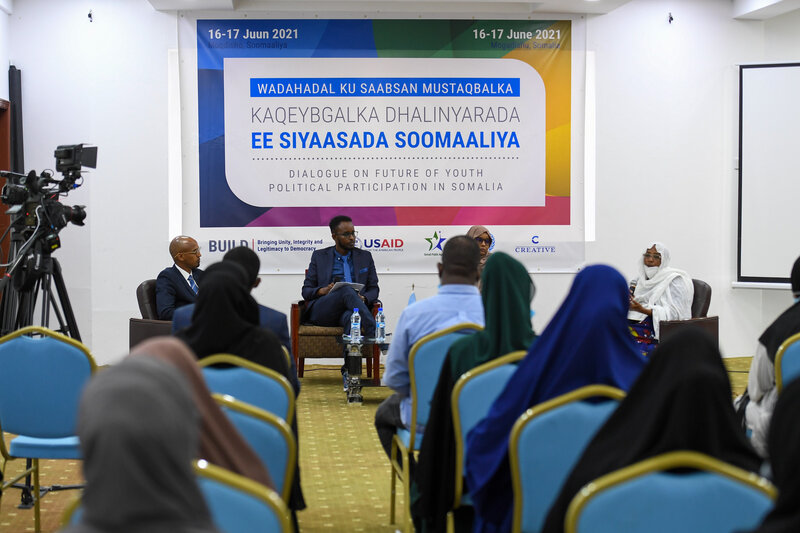 The conference brought together aspiring young politicians and representatives of women’s groups, people with disabilities, youth-led/focused civil society organisations, the Government and international partners to discuss ways in which young Somali women and men can overcome challenges they face at the institutional, structural and individual levels, and seek ways to strengthening their political participation, enhancing youth civic spaces and holding decision makers accountable.

The Resident Coordinator said, “The opportunity of Somalia as a country depends greatly on the opportunities awarded to its youth. Truly transformative change will happen only when young Somalis are invested in, included and partnered with in a meaningful way. This is a condition for sustainable development in Somalia and a key to reaching the Sustainable Development Goals.”

“Despite the young people’s incredible contribution to Somalia’s development, they face significant obstacles in accessing rights and participating in politics. Political exclusion of young people results in Somalia’s missing out on the transformative ideas and energy of a competent, creative and courageous generation, and the realities of the majority population are risk of being unheard,” he added while praising the Somali Youth League and their instrumental role in the country’s fight for independence in 1943.

In his remarks at the conference, Somalia’s Minister of Youth and Sports Mr Hamza Said Hamza encouraged the youth to run for political office in the upcoming national elections. 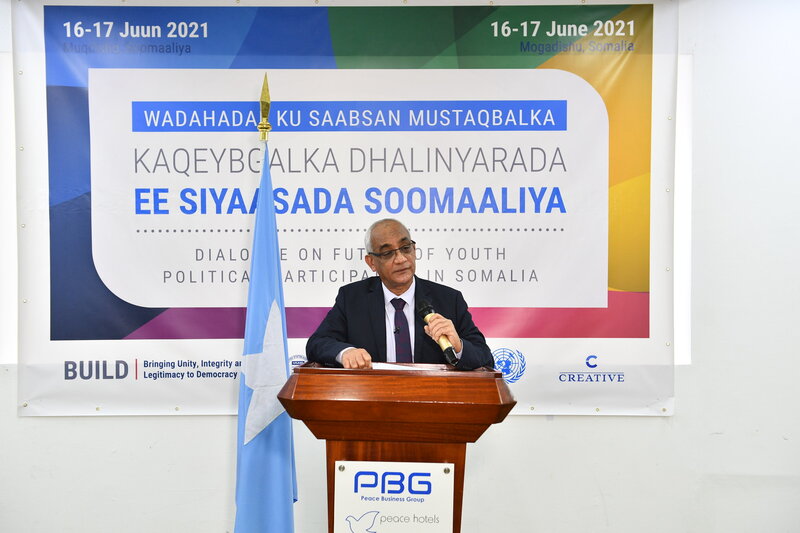 “This forum is a good beginning. I urge you to share the resolutions and action points reached here with the Government and various ministries so that the youth agenda is part of the national agenda,” Minister Hamza stated.

Bashir Maalim Ali Hassan, a young politician and a candidate vying for a parliamentary seat in the upcoming election in Hirshabelle State said reconciliation, peace building and prosperity cannot be achieved without the political participation of young people.

“Young people should be urged to participate in politics because they can be change makers. But many are marginalised. Therefore, they should be supported to come up with strong campaign manifestos and a shared political agenda with the people they intend to represent,” Mr Hassan noted.

A young medical doctor, Fatuma Ismail Mohamed, said the political marginalisation of young qualified women can only be changed when more young people - both female and male - begin to actively participate in politics and make their voices heard.

“Young women, especially, need to be resolute in their political ambitions and not be distracted or easily intimidated. We have many young female university graduates with excellent ideas for peace and nation building. They should be encouraged to play a meaningful role in national politics,” Dr. Mohamed added.

The dialogue on youth political participation was launched in 2020 to facilitate discussions among a range of political stakeholders, including government representatives, election officials, parliamentarians, marginalised groups, political parties and civil society organisations. 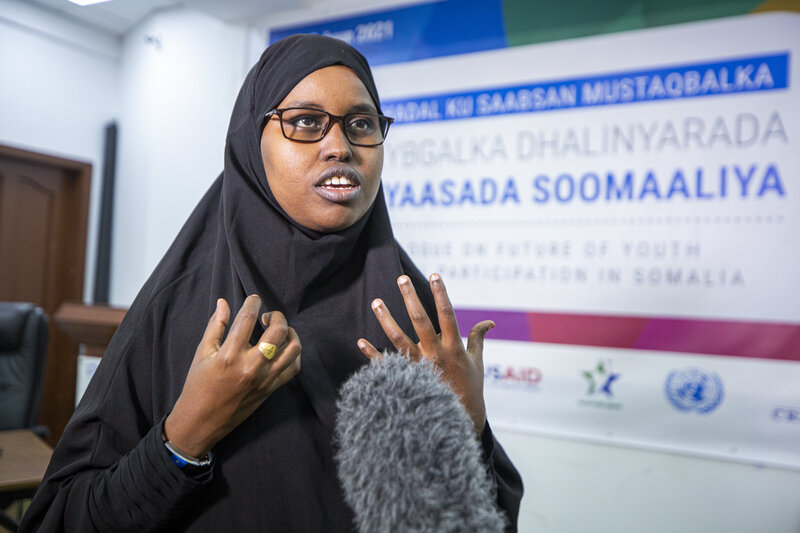