Mogadishu – A series of virtual workshops for Somali journalists came to an end this month with 60 media workers around the country receiving training on reporting skills centred on improving the coverage and understanding of women’s role in politics.

“This training has been about women's political participation and the role the media can play. Half of Somalia’s population is made up of women and the other half is what they have raised, so they are important within the community,” the Chairperson of the Federation of Somali Journalists (FESOJ), Abadir Abdulkadir Elmi, said of the workshops.

“Over the last thirty years women have been the backbone of the Somali community but a limited number have had a seat at decision-making tables, and that is why we decided to train journalists to raise the awareness of women and increase their participation in politics,” he added.

With support from the United Nations Assistance Mission in Somalia (UNSOM), the Somali Women Journalists Organization (SWJO) and FESOJ held the workshops in Mogadishu, Puntland, South West State, Hirshabelle, Galmudug and Jubaland between April and June. 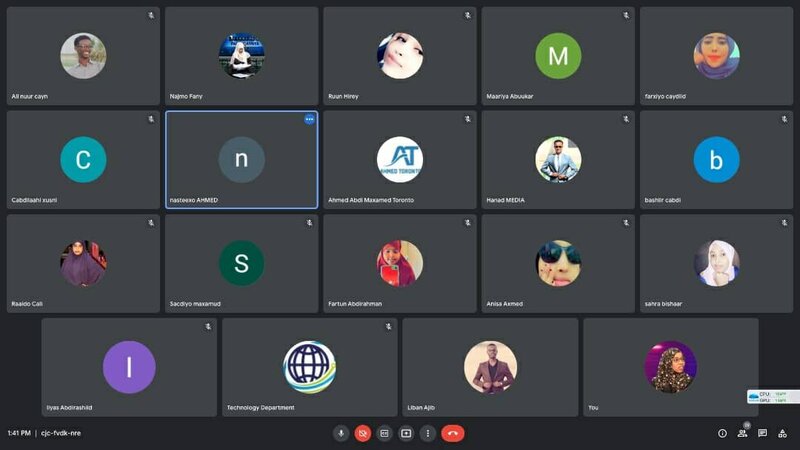 “Many women are willing to participate in politics but, unfortunately, they do not get good support from the community,” she continued. “We, therefore, want the media to play a key role in highlighting and promoting the role of women in politics.”

Sixty journalists took part in the workshops, with women accounting for more than half – 36 in total – of the attendees.

The training aimed to increase their ability to advocate and champion women’s political participation in their reporting, as well improve overall reporting skills so as to help improve media coverage for women candidates in Somalia’s 2021 elections.

“One of the many things that was taught in these trainings was for Somali journalists to write more stories about women’s political participation. There was a need for this kind of training, whether it is for individual journalists or their media houses,” said SWJO Deputy’s Chairperson, Nasriin Mohamed Ibrahim. 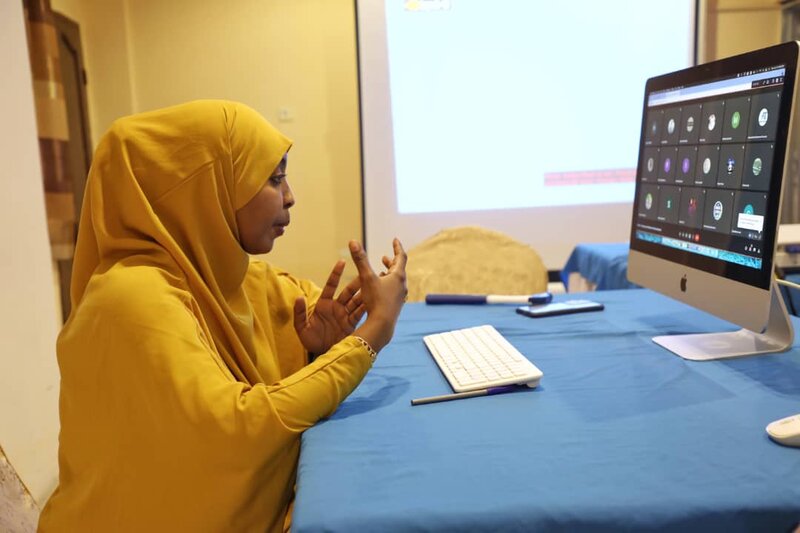 The rationale underpinning the workshops is that a skilled and informed media sector is an important part of strengthening women’s participation in the country’s politics and decision-making processes.

“The Somali media have played a huge part and supported women, and that is why we achieved 24 per cent women's representations in parliament [in the 2016/17 elections]. This time around, in 2021, we hope to achieve 30 per cent, and the role of the media is very important – the media contributes in many ways to the dissemination and awareness of women's work in society and their political participation,” said the Minister of Women and Human Rights Development, Hanifa Mohamed Ibrahim, in a video call to one the workshops.

Areas covered in the workshops included practical skills such as news and feature writing, as well as drafting opinion pieces. 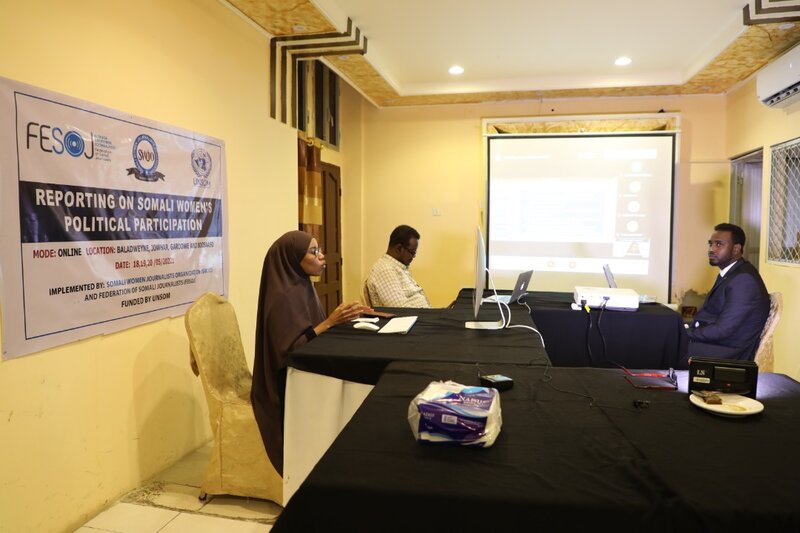 Theoretical skills such as the importance of strengthening of structural and institutional reforms for women’s inclusion, and ways of achieving women’s political participation and barriers to their inclusion, were also part of the curriculum.

“Women political participants face challenges. Some have made progress, but those who face challenges – their challenges must be highlighted so they can be resolved. Also, those who have worked for 20 years or so, their stories need to be told so that they can serve as examples for other women who want to participate in politics,” said Zamzam Mohamed, a journalist with Mustaqbal Media in Mogadishu.

Somalia’s international partners, including the United Nations, have frequently voiced their support for greater inclusion of women in the country’s political arena, and have urged leaders to safeguard the women’s 30 per cent minimum quota in the 2021 elections.

In his briefing to the UN Security Council in May, the UN Secretary-General’s Special Representative for Somalia, James Swan, said that it is crucial that the women’s minimum 30 per cent representation in both houses of the Federal Parliament be implemented.

“The inclusion of women, but also of youth and minority groups, in political decision-making going forward is necessary to ensure the development of the country and sustainable peace in Somalia,” he noted. 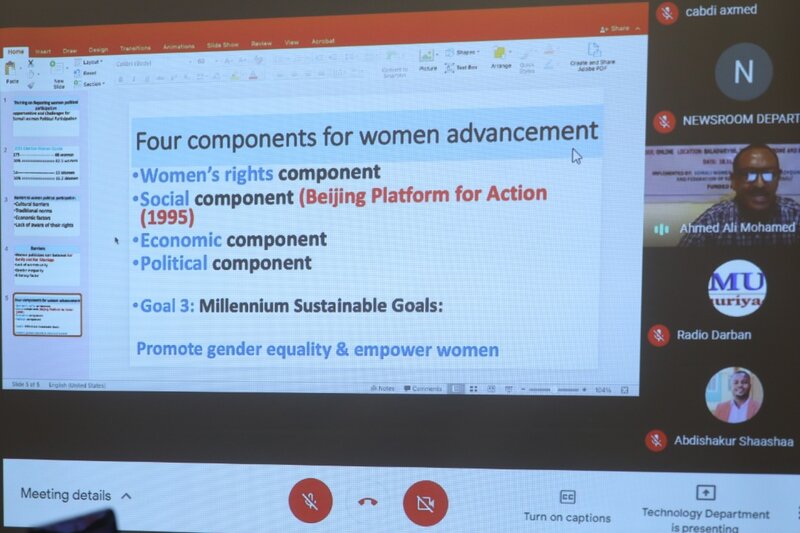