Mogadishu– The novel coronavirus (COVID-19) pandemic has had tremendous impact on all areas of Somali society, with no group left unaffected.

But for one group in particular, the impact of the virus takes a higher toll: persons with disabilities. Some civil society groups are trying to change that.

“You can understand the impact of COVID-19 on the economy. People are suffering now and they will suffer even once the virus is defeated,” said the director and founder of the Somali Disability Empowerment Network (SODEN), Mohamed Farah.

“But,” he added, “persons with disabilities will be the ones who will be suffering more. Imagine: most of the people living with disabilities rely on family support or begging on the streets – imagine what will happen to them without support?”

In Somalia, it is estimated that some 15-20 per cent of population – around 1.5 million people – are living with some form of disability, according to a 2014 report from the Swedish International Development Cooperation Agency (SIDA). Even before the COVID-19 pandemic, these Somalis were often the target of discrimination, which made it difficult for them to access healthcare, education and other social services.

A particular concern for civil society groups is that the recommended personal actions and guidelines in response to the pandemic do not cater for persons with disabilities – many of whom were already vulnerable. For example, preventive measures like portable hand washing booths set up by local authorities in Mogadishu are not accessible for wheelchair users.

“Most campaign messages were tailored for people without disabilities. For instance, social distancing is not meant for persons with disabilities since they depend on the support of other people for their physical movement,” said Abdifatah Hassan Ali, the director of Digital Shelter, an organisation that deals with advocacy for digital rights and promoting digital safety.

Even accessing the public information issued by authorities is challenging for persons with disabilities. Due to lockdowns, many are closed off from sources of information, which comes on top of them already having poor access to digital technology in order to get helpful information.

“The impact on persons living with disabilities is huge and devastating. They have been left out of the awareness campaigns. They are the group that is most excluded in terms of digital inclusion,” said Mr. Ali.

According to SODEN, which advocates for the rights and empowerment of persons with disabilities, there have been five deaths of Somalis with disabilities linked to COVID-19 between 16 March and 25 April in Mogadishu alone.

“They were the vulnerable groups of the community in Somalia who could not have access to the better healthcare services during this COVID-19 crisis due to their disability status,” SODEN said in a statement issued on 26 April.

It added that Somalia’s situation is complicated. As with other countries, it faces immense challenges in the pandemic response, but it has the extra challenge of having come out of decades of civil conflict and strife and had, until now, been concentrating on rebuilding.

The interlinkage between the holy month of Ramadan and COVID-19 also poses problems for helping Somalis with disabilities – partly because of access to needed items such as food and clothing, and partly due to social distancing requirements meaning much of the giving to and sharing with others normally associated with the month are difficult. 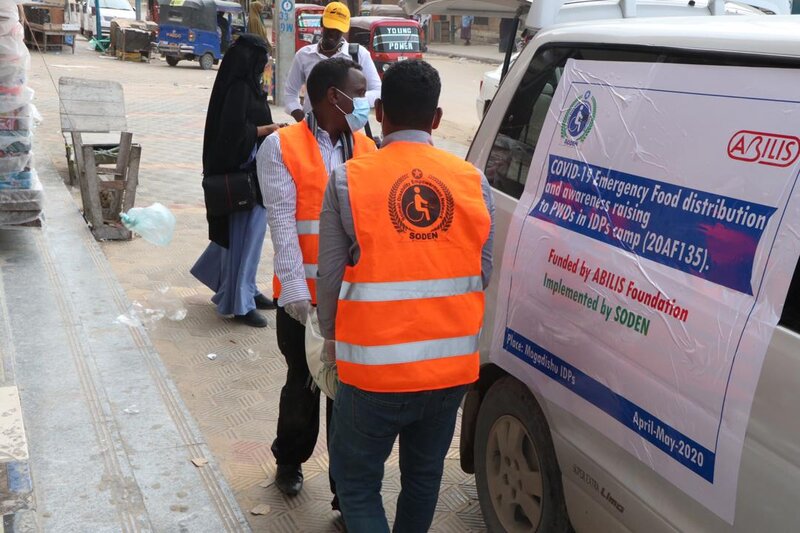 “As shops remained closed during this month and families stock up on food that includes snacks, fruits, and juices required for the daily Iftar – to break the fast at sunset – persons living with disabilities remain the neediest members of the communities,” SODEN has said, while appealing for greater assistance to such Somalis during the COVID-19 response and Ramadan.

The civil society group is calling for donations of relief packages for Iftar from the government and international organizations.

“So far, SODEN, in collaboration with the Abilis Foundation from Finland, has been distributing food to persons living with disabilities and other vulnerable groups in internally displaced persons camps in Mogadishu. We have reached 81 families,” said Mr. Farah. “It is hard to give the food parcels out in one place, so we go to their homes.” 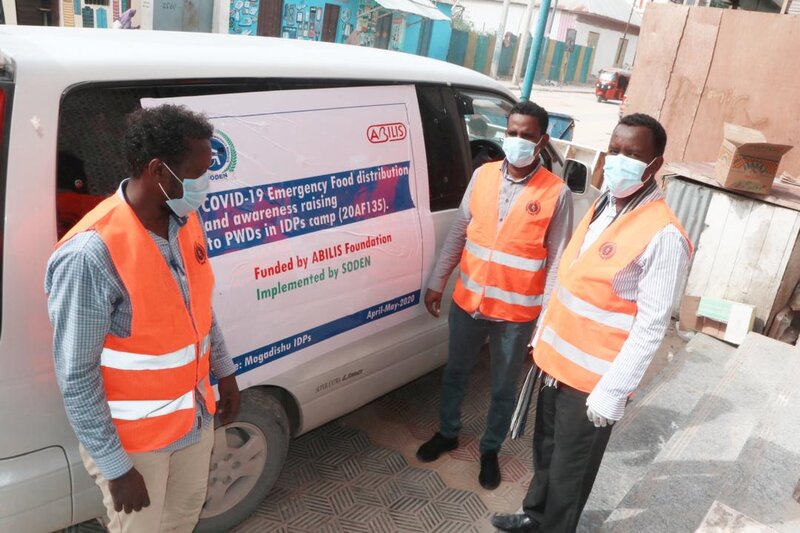 The Office of the UN High Commissioner for Human Rights (OHCHR) has stated that COVID-19 is a test of societies, of governments, of communities and of individuals, adding that it is a time for solidarity and cooperation to tackle the virus, and to mitigate the effects, often unintended, of measures designed to halt the spread of the virus.

In particular, OHCHR has said that persons with disabilities are at a much higher risk from COVID-19, and authorities’ responses need to include targeted measures to address them.