Mogadishu – For the first time since 2015, the United Nations Peacebuilding Commission met today to discuss Somalia and explore how the international community can support its peacebuilding priorities and jointly find solutions to some of the challenges to peace it faces.

“This meeting is part of Somalia coming back to the international arena and fostering relationships with the international community – Somalia has achieved a lot in the past 10 years and made a lot of recovery and reform,” the virtual meeting’s opening speaker, Somalia’s Prime Minister Mohamed H. Roble, told the Commission.

“Peacebuilding cannot be imported, but can be brought about through the sustenance and reform of indigenous wisdoms while learning and adopting good practices from other experiences. We have learned the hard way of being engulfed in conflict and trying quick-fix solutions to restoring peace. We will strive to safeguard inclusive solutions that are Somali-owned and grounded on local context and environment,” he added. 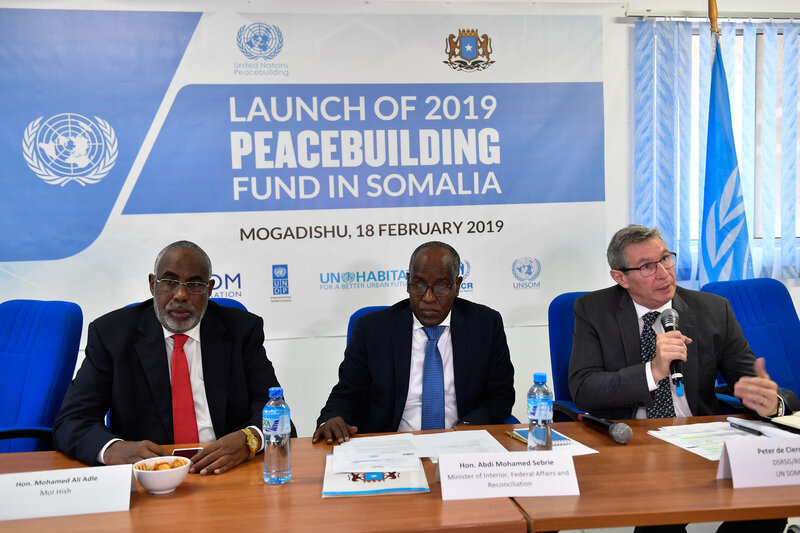 “Nevertheless,” the Prime Minister continued, “we need to benefit and learn from successful processes of other countries that have effectively restored law and order and trust between their communities as well as rebuilt their citizens’ confidence in state institutions.”

The UN Peacebuilding Commission is an intergovernmental advisory body that supports peace efforts in conflict-affected countries. It is composed of 31 members, elected from the UN General Assembly, UN Security Council and the UN Economic and Social Council, as well as the UN system’s top financial-contributing countries and the top troop-contributing countries.

Today’s discussion was led by the Commission’s Chairperson, Ambassador Bob Rae, who also serves as Canada’s Permanent Representative to the United Nations in New York.

In his remarks, Prime Minister Roble said Somalia’s peacebuilding priorities could be placed in three categories: state-building, reconciliation, and economic reconstruction and recovery; and he reiterated Somali’s commitment to collaborating with multilateral bodies such as the UN Peacebuilding Commission.

In addition to Somalia’s Prime Minister, other keynote speakers included the country’s Minister of Women and Human Rights Development, Hanifa Mohamed Ibrahim, and, from Somali civil society, the founder of Maandeeq Mental Health, Rowda A. Olad. From the world body’s side, the keynote speakers included the UN Assistant Secretary-General for Peacebuilding Support, Oscar Fernandez-Taranco, and the UN Secretary-General’s Special Representative for Somalia, James Swan.

In his remarks at the opening of the e-meeting, the top UN official for Somalia emphasized the importance of engagement.

“I encourage sustained flexible engagement between Somalia and the Peacebuilding Commission, I also encourage the Commission to reconvene regularly – if its members so choose – perhaps next year, to take stock of the situation following the electoral process, assess progress that’s been made and look at what remains to be done,” Mr. Swan said.

“The Peacebuilding Commission can help keep us all focused on key cross-cutting themes in Somalia, it can help us mobilize resources for peacebuilding and it can support partnerships between Somalia and other countries that have experiences to share – building and sustaining peace is a collective effort,” the UN envoy added. 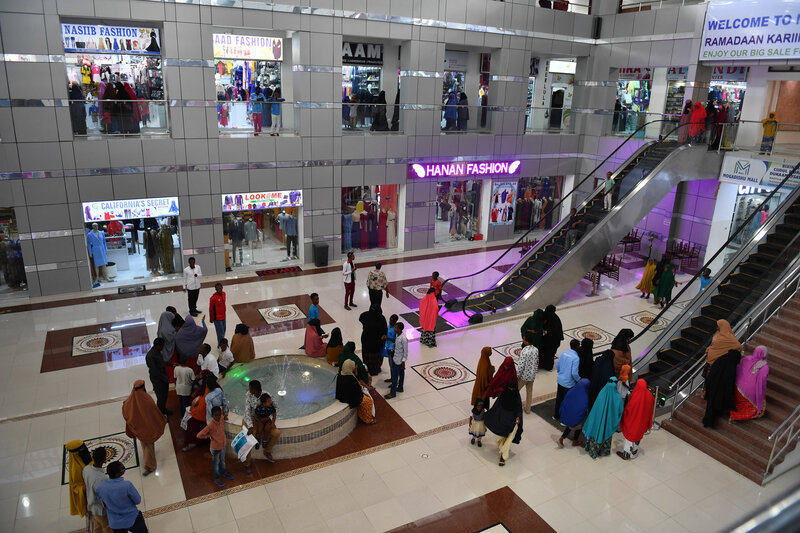 The Wednesday e-meeting had three aims. The first was centred on building understanding on the country’s peacebuilding priorities, including those related to peacebuilding and sustainable development agenda as laid out in its Ninth National Development Plan in 2019 and its eligibility request for the UN Peacebuilding Fund.

The Fund is the world body’s financial instrument of first resort to sustain peace in countries at risk or affected by conflict. In Somalia, it first began supporting the consolidation of peacebuilding gains in 2009. Since then, it has invested $56 million in Somalia and has contributed in areas such as helping extend state authority and promoting of the rule of law. In July this year, the UN Secretary-General approved a new five-year eligibility period for the Fund in Somalia.

The second aim was to explore opportunities to support the implementation of Somalia’s National Reconciliation Framework (NRF) – which the Prime Minister described as “context and gender sensitive” – and the vital role of women in peacebuilding in Somalia, within the framework of the Women, Peace and Security (WPS) agenda.

The NPF provides a blueprint for a new participatory and inclusive approach to reconciliation in Somalia, involving women in leadership and decision-making roles in peacebuilding and political processes, as well as having Somali youth play an active role in defining a peaceful future society.

The WPS agenda stems from the Security Council’s historic adoption of resolution 1325, which was the first Council resolution to link women to the peace and security agenda, looking at the impact of war on women and their contribution to conflict resolution and sustainable peace. It challenges the focus on interstate conflict at the expense of measures to protect women with decades of research and practice demonstrating the close links between gender equality, conflict prevention, and peace.

The third aim was to share Somalia’s experience achieving the so-called ‘decision point’ for debt relief under the Highly Indebted Poor Countries’ Initiative (HIPC) and explore ideas for collaboration with international financial institutions on peacebuilding.

Achieving ‘decision point’ in March this year was an historic milestone on Somalia’s path to peace and prosperity. It confirmed the country’s eligibility for debt relief and also fully normalized its relations with international financial institutions. It also meant Somalia qualified for certain types of grant financing to meet its public finance and development needs and to access private-sector financing instruments. 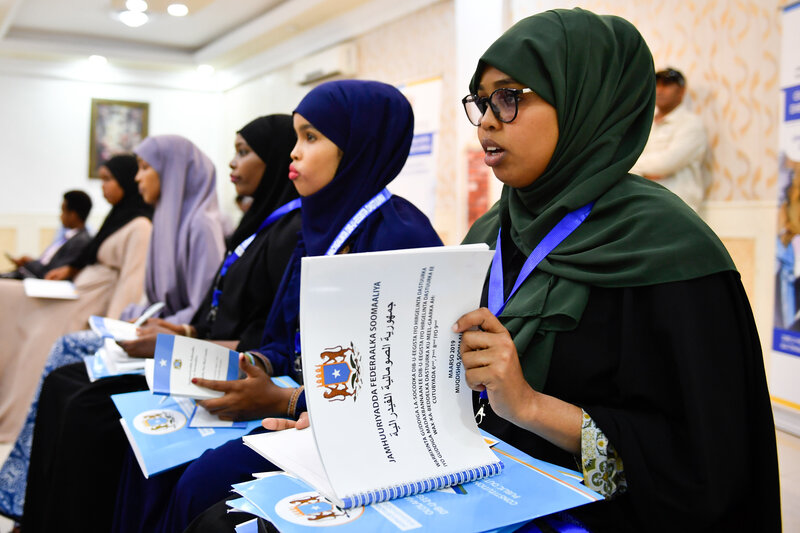 In his remarks to the meeting, the UN envoy for Somalia highlighted the need for dialogue and compromise as the country prepares for national elections. He also noted that despite impressive progress in addressing security threats, establishing the foundations for democracy and rebuilding national institutions, many significant challenges remain and need to be faced head on.

Mr. Swan flagged the important role the UN Peacebuilding Fund had played in various areas of Somalia’s development, as well in relation to it committing at least 50 per cent of its resources in Somalia over the next five years to the implementation of the WPS agenda.

“Without women’s political participation there can be no sustained peace and development,” he said, quoting the Somali Women’s Charter.

The issue of the WPS agenda in Somalia was featured in the remarks of Minister Ibrahim, who told the Commission meeting that, ahead of Somalia’s elections, she had been visiting several of the country’s Federal Member States to advocate and campaign for the 30 per cent quote for women as had been agreed upon in an electoral agreement by the country’s leaders.

“Women in Somalia have the right to be part of the political process. With women taking part in the Somali leadership, we can rebuild peace and security in Somalia,” she said.

“As Somalia continues to make progress towards peacebuilding, with national reconciliation as one the top priorities of the Government, we are fully aware that the Women, Peace and Security agenda needs to remain a priority,” the Minister added. “The path to peace and stability in Somalia has been difficult. However, Somali women have are important in peacebuilding and in conflict prevention in Somalia. Somali Women are active peacemakers, mediators and negotiators.”

The Somali official also noted that the newly-developed NRF provided an opportunity to address the drivers of inequality and promote peace through strengthening the role of women.

“Through this NRF, the advancement of human rights and the Women, Peace and Security agenda, I am confident that positive change for lasting peace is possible,” she said.

Addressing the meeting, Ms. Olad pointed out that structural violence that Somali women regularly deal with, including both discursive and physical, with the former including patterns as behavior accepted as normal but nonetheless harmful in terms of the way women are talked about and referred to in Somali society and their political participation.

“Somali women are the breadwinners of most families. Somali women are natural-born mediators transcending the divisions in Somali society,” Ms. Olad said. “Our potential is limitless and our intentions are peaceful. And we demand our space and we deserve more support.”

The full video recording of the UN Peacebuilding Commission meeting on Somalia can be found here: bit.ly/3g2HfbU