Youth activist Jamila Haji Mohamed: “There is no doubt that Somali youth are more committed to obtaining peace than to carrying guns and planting bombs”

Youth activist Jamila Haji Mohamed: “There is no doubt that Somali youth are more committed to obtaining peace than to carrying guns and planting bombs”

Baidoa - The path to becoming a youth activist in Somalia can vary. For Jamila Haji Mohamed, it began while studying economics at Mogadishu University in the mid-2010s.

“I saw many young people meeting to discuss and solve some of the challenges they faced in their local areas. For instance, some organized themselves to support young school drop-outs to continue their education; others fundraised to provide livelihood support to vulnerable people in urban areas, particularly women. So, through interactions with these groups, I came to know that my country owes me a lot of rights and felt I also had a responsibility to stand up and advocate for them,” Ms. Mohamed says.

After graduating in 2016, she returned to her hometown of Baidoa, the interim capital of South West State, to support her parents, while also volunteering with local civil society groups working on issues related to youth and women’s participation in Somalia’s political life. 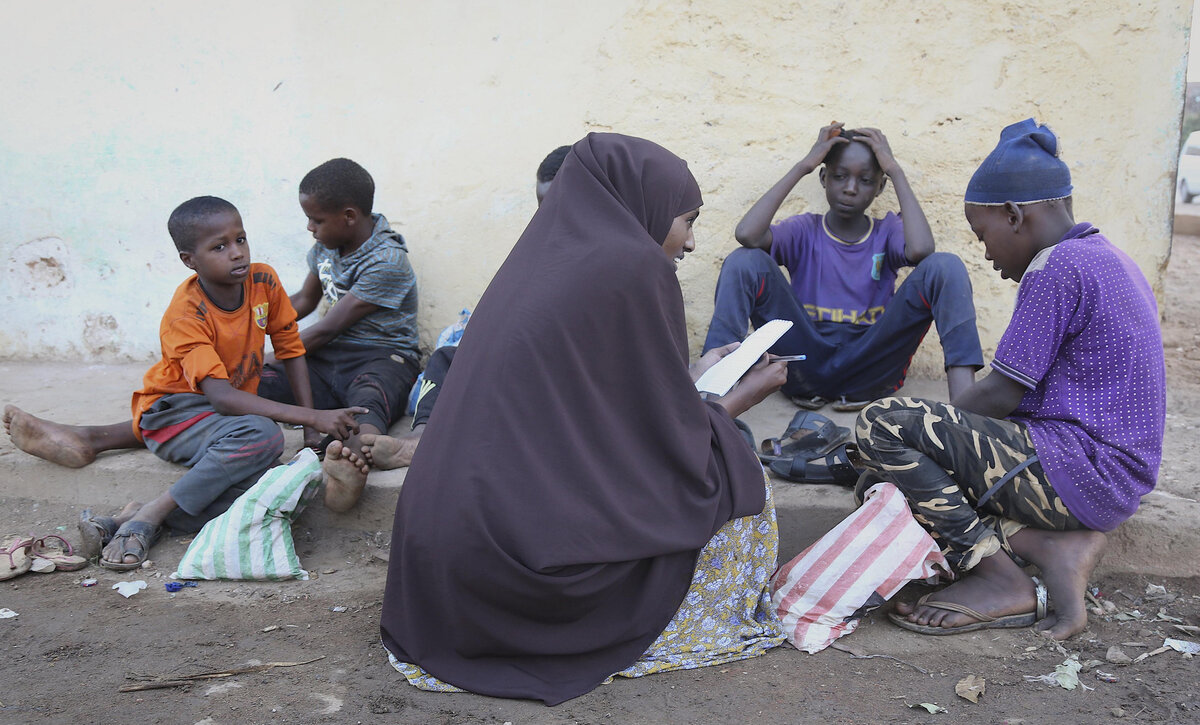 Then, in 2019, along with another local youth activist, Nasra Aabdullahi Abdinor, the 26-year-old founded South West Youth Vision, a non-governmental organization (NGO) that aims to promote peace and sustainable development for local youth and for which she serves as the director.

Jamila believes that there are two major challenges affecting Somali youth and women’s involvement in their country’s decision-making processes.

The first of these is the lack of proactiveness among youth on issues that concern them, such as understanding the different functions of government offices and how these have an impact on their lives.

“Many of our youth downplay the influence of policy-making on their futures. It is only a small, proactive portion who stand up for transformation and defy social misconceptions. I advise young, educated Somalis to organize themselves according to their areas of work and come up with ideas that can be part of the bigger solution for our motherland,” Ms. Mohamed notes.

She adds that the lack of proactive behavior is compounded by a low rate of social interaction among youth which, in turn, helps provide the opportunity for armed groups to reach and influence them with negative ideas. 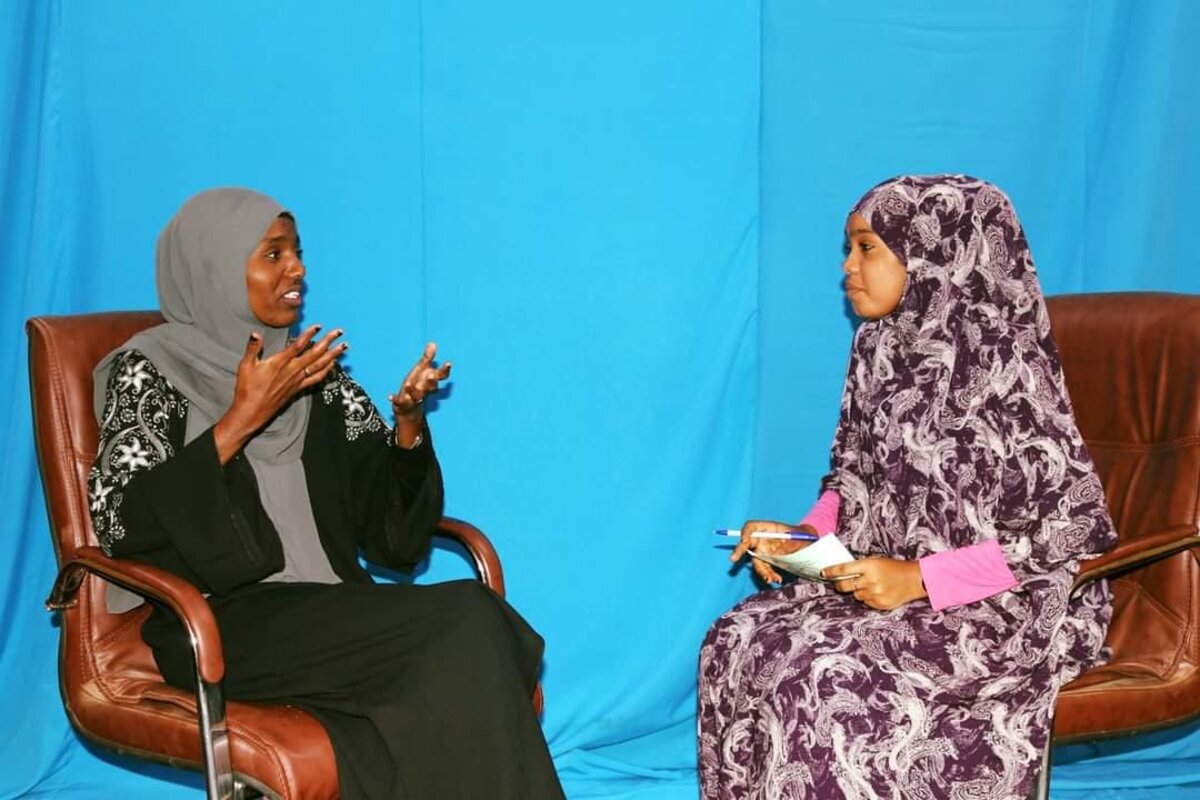 “The second major factor that hampers their representation in decision-making platforms,” Ms. Mohamed continues, “is the social misconception spearheaded by most traditional elders that youth and women are less important and that their participation in peacebuilding processes and policymaking forums is of no value – they believe that the young generation always does more harm than good.”

Trying to change such perceptions forms a key part of the NGO’s work. Its activities include mobilizing local youth and women on social media platforms and holding workshops, as well as advocating for them on television and radio programmes. Over the past two years, South West Youth Vision has become well-known locally and is frequently invited to participate in the Federal Member State’s peacebuilding processes – something that is allowing more and more young people and women to be part of them. These include initiatives aimed at resvoling clan conflicts and easing political differences.

Ms. Mohamed’s enthusiasm and activism led her to join the United Nations Youth Advisory Board for Somalia when it was established in 2019.

Made up of a dozen members, aged between 15 to 35 years, involved with local youth-led and other civil society organizations, the Board serves to advise the UN senior leadership in the country and contribute to increasing the level and quality of youth participation in the planning, implementation and monitoring of UN strategies and programmes.

“We were the first group of young Somalis to join it. Before the formation of this advisory board, Somali youth did not have a proper channel to convey our voices or agendas to the leadership of the United Nations, so one of our biggest victories so far is that we now have access to United Nations’ top officials in Somalia where we can be consulted and contribute our advice on any issue,” Ms. Mohamed says.

The young activist is determined to enhance the political participation of youth, women and other vulnerable groups’ in South West State. 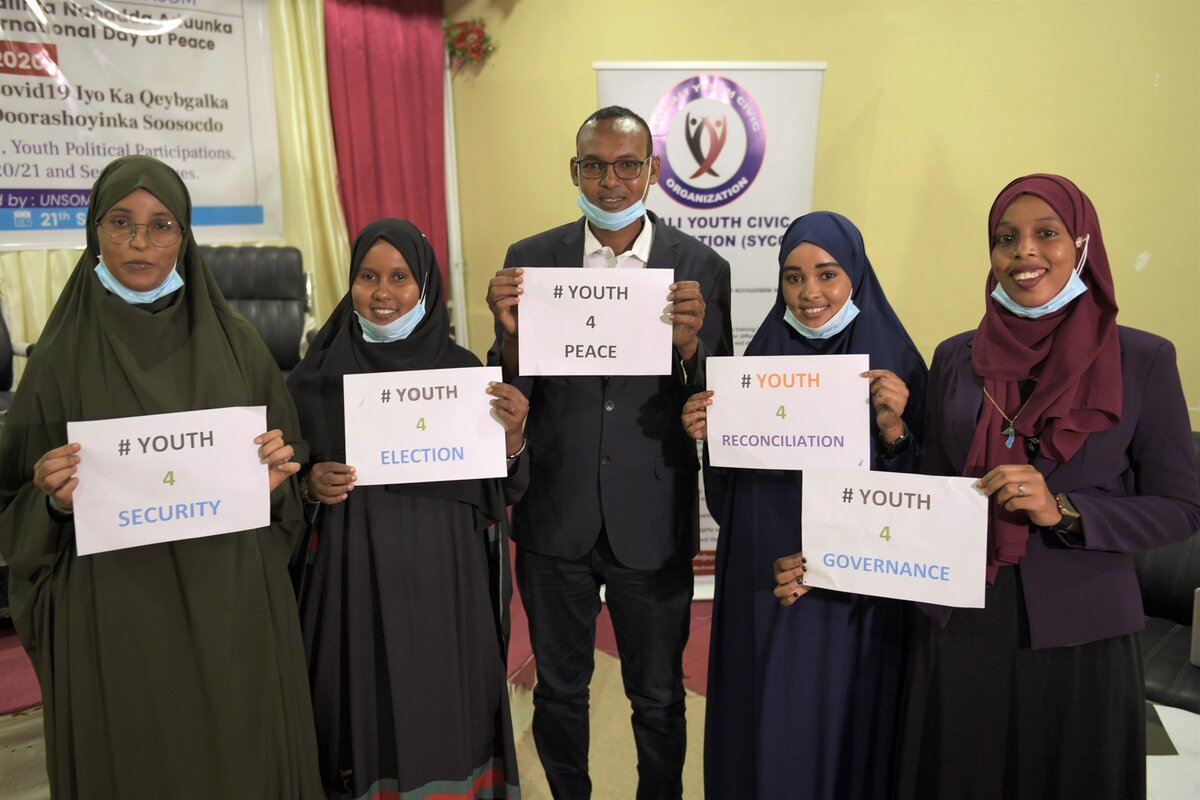 “There is no doubt that Somali youth are more committed to obtaining peace than to carrying guns and planting bombs. If we get the necessary information, knowledge and moral support from the international community and the Federal Government of Somalia, I believe we can play a greater role in the peace building process than in being part of the conflict,” Ms. Mohamed says.

Somalia is one of the youngest countries in the world, with more than 4.6 million people between the ages of 15 and 35. However, opportunities for youth to obtain an education and gainful employment are limited. Avenues to engage politically, economically and socially remain weak or non-existent, due to stereotypes and stigmatization, social and cultural norms and institutional exclusion.

According to the United Nations, improving young people’s lives and enabling their active role in society is crucial to ensure sustainable peace in Somalia and the implementation of the Sustainable Development Goals (SDGs). The Goals are a universal call to action to end poverty, protect the planet and improve the lives and prospects of everyone everywhere, and were adopted by all UN Member States in 2015 as part of the 2030 Agenda, which sets out a 15-year plan to achieve the SDGs.

Also adopted in 2015, the Youth, Peace and Security agenda celebrates its sixth anniversary this month. Established through Security Council Resolution 2250, the agenda aims to support young people’s transformative leadership and meaningful participation in politics and peacebuilding, and the protection of young peacebuilders and activists in conflict.

Since 2015, two additional resolutions have been adopted by the UN Security Council – resolutions 2419 and 2535 – mandating the UN and governments to ensure youth participation in peace processes, the protection of youth civic spaces, and build partnerships with and for young people for peace and security. Guided by these resolutions, the UN in Somalia endeavours to advance young people’s rights and agency through all efforts for peace and security, with and for young Somali women and men.