Bosaso – Access to justice is not easy in Somalia.

After decades of civil war, the country is still heavily engaged in trying to rebuild its judicial system and legal institutions, including courts of law, and the rule of law can be fragile.

In turn, this means that many Somalis frequently face discrimination when seeking justice or are uninformed about their legal rights. The situation is even more difficult for certain segments of Somali society: youth, women, internally displaced people (IDPs), minority groups, and people with disabilities.

In the port city of Bosaso, in the northern Federal Member State of Puntland, one woman is trying to change this.

"I provide legal aid and represent those in society who do not have a voice. As part of my ongoing support, I offer counselling, fight for an impartial trial, and discourage impunity," says Fadumo Salad Ahmed, a 55-year-old local activist and paralegal. 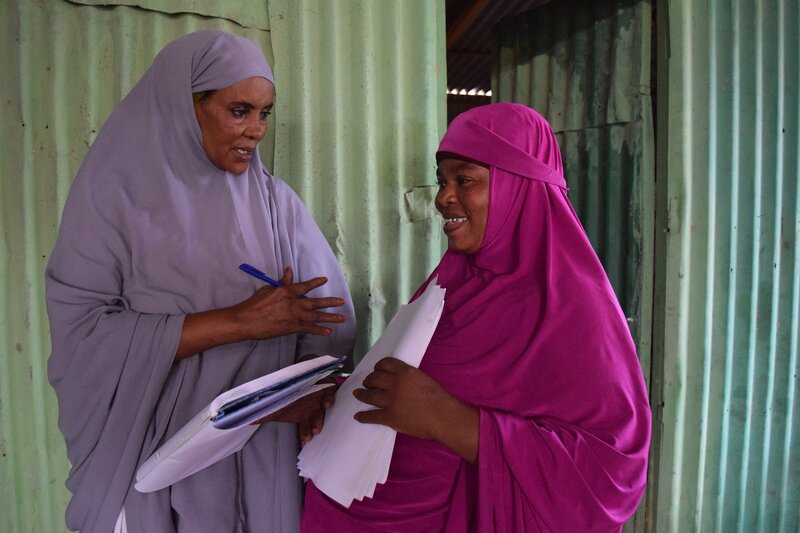 Ms. Ahmed’s path to becoming a legal rights activist stemmed from her dream to become a lawyer helping disadvantaged people when she was a young girl growing up in the district of Qardho. However, these ambitions were frustrated as limited financial resources meant she had to leave school at a young age and help provide for her ten-member family.

Nonetheless, she kept nurturing her dream, even as she married and had six children, one of whom is an eleven-year-old son with a physical disability and for whom she acts as the primary carer.

In 1993, at the age of 25, she moved to the bustling port city of Bosaso where there were more opportunities for her and her family. And it was there that her dream was rekindled.

Over subsequent years, while serving as a social worker, she learnt of courses which could help her become a paralegal.

"In the years 2008 and 2009, I completed legal aid training offered by the Tadamun Social Society – these courses enabled me to improve my knowledge,” she says.

Headquartered in Bosaso, the Tadamun Social Society (TASS) is a non-governmental organisation established in 1992 to ensure the continuity of education in Somalia amidst the civil war. Since then, it has branched out into providing humanitarian assistance, promoting human rights, fostering social and economic prosperity and good governance to improve livelihoods and human dignity. 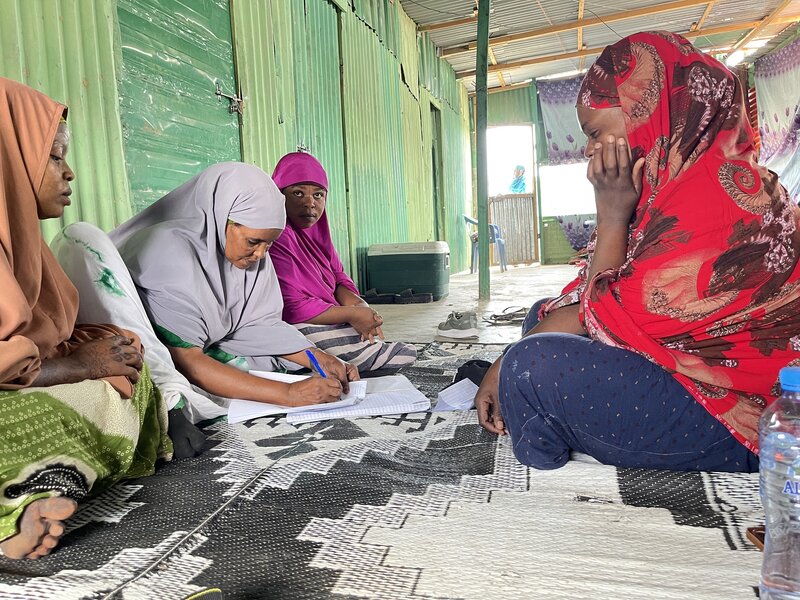 Ms. Ahmed applied herself diligently to the courses provided by TASS.

"I knew that if I didn't empower myself, I would never achieve my goals. Even though I come from a low-income family, I still found time to learn while taking care of my children. It was not an easy job, but I pulled it off, and here I am, contributing to my community. In the end, everything went according to plan,” she says.

By 2010, she had completed her paralegal training and started working at a local legal aid centre supported by the United Nations Development Programme (UNDP). The centre provided free legal aid representation to vulnerable groups, such as women, members of minorities, and economically-deprived communities. The paralegal staff helped claimants put together their legal cases, advised on legal rights and obligations, and also offered assistance with solving problems through existing traditional forms of dispute resolution.

"But I especially represented many of the vulnerable communities in Bosaso's IDP camps,” she adds. “These people don’t have advocates nor representation, and they lack clan members to support them in court procedures and in paying [legal fees].”

Unfortunately, UNDP’s funding for the centre ended in early 2022 due to financial cuts, and most of its 20 staff members were let go. 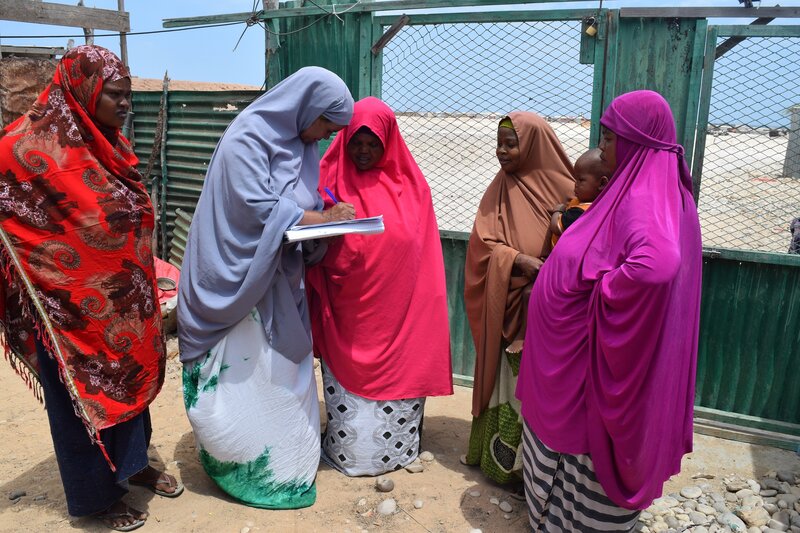 Ms. Ahmed remained determined to continue, even under reduced circumstances – instead of working from an office, she continued her work from her home while supporting her family through a small shop where she sells food and non-food items as well as tea.

"Currently, I receive one or two cases daily at my home. When women in IDP camps learn about my work, they come to my house, and I offer them counselling and assist them in accessing their rights. I accompany them to court, asking the courts to exempt them from documentation costs and following up on cases until a final decision is reached,” she says.

Providing legal support without a regular salary while raising six children is challenging enough, but the legal activist also has additional problems carrying what has now become volunteer work.

"I face security challenges while assisting the vulnerable because I work in an environment where people have weapons, and so I sometimes face threats related to the work I do for those in need,” she notes. “I have received threats, but that has never stopped me from doing my job."

When asked why she continues with her work, she says it is a vocation which she cannot ignore, especially when she sees first-hand the living conditions and obstacles faced by the people she visits, such as IDPs and poorer families in Bosaso – and especially when it comes to cases involving child abuse and gender-based violence among vulnerable groups, which are very exposed to political marginalisation.

“The reason for this is that they aren't from clans that have a strong influence in their neighbourhood to support them in paying hospital bills and court costs when they are victims, nor for defending them when their rights are violated – this is why there are recurring human rights violations in the IDP camps," she says. 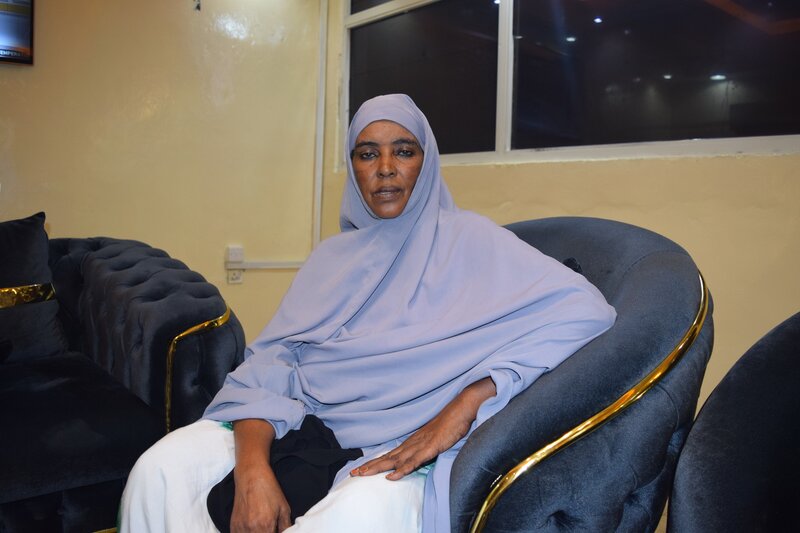 Ms. Ahmed says achieving a successful outcome in such cases is a strong motivating factor.

She recalls a well-known, local case of domestic violence that took place five years ago and for which she served on the legal team assisting the victim.

"In 2017, at an IDP centre in Bosaso, a man beat his wife to the extent of inflicting a severe injury to her eye. When I heard this, I immediately called TASS, which usually helps people from marginalised groups during health emergencies. The victim was taken to the hospital, and I helped her family by filing a police report and taking care of other legal matters. The husband was arrested, and the victim was compensated," she says.

Recalling similar incidents of abuse is, sadly, all too easy for the veteran activist.

"I assisted with legal aid in another significant case concerning a 14-year-old girl in Bosaso. One day, the young girl got a job washing clothes and dishes for a neighbouring family. She worked for them for six months but was not paid. When she insisted on getting her payment, the employer, a woman, poured boiling water on the young girl," she says.

"Her entire body was burnt,” she adds. “I was the first person outside her immediate family to receive the information. I took all necessary legal aid steps, including supporting her with her hospital admission and reporting the case to the attorney general. The perpetrator was arrested.” 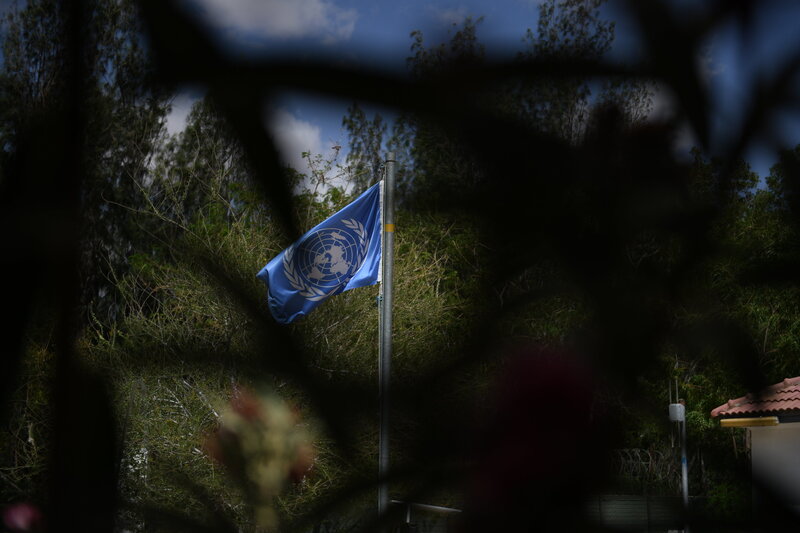 According to the United Nations, access to justice is a fundamental principle of the rule of law. In the absence of access to justice, people are unable to have their voices heard, exercise their rights, challenge discrimination or hold decision-makers accountable.

The world body assists in the development and reform of national policies and frameworks on legal aid and supports the capacity-building of state and non-state actors who provide legal aid services in civil, criminal and family matters. It also supports the provision of legal aid by strengthening the capacities of rights holders, enhancing legal aid programmes empowering rights holders, particularly the poor and marginalised groups, and supporting legal awareness and legal aid clinics and public outreach campaigns.

In Puntland, with the support of the Rule of Law Programme, the United Nations Development Programme (UNDP) has supported the Puntland Legal Aid Centre (PLAC) since 2007. The PLAC helps vulnerable, poor, and disadvantaged people in IDP camps and remote areas of Puntland get legal help. They work to protect and advance the rights of women, the elderly, children, prisoners, economic immigrants, and people forced to leave their homes. The centre's headquarters is in Garowe, Puntland, with field offices in Bosaso and Galkayo.