Mogadishu - Somalia’s population stands at around an estimated 16.8 million people – however, to cater to their mental health needs there are just 82 professionals throughout the entire country.

Idil Awil Elmi is one of them. 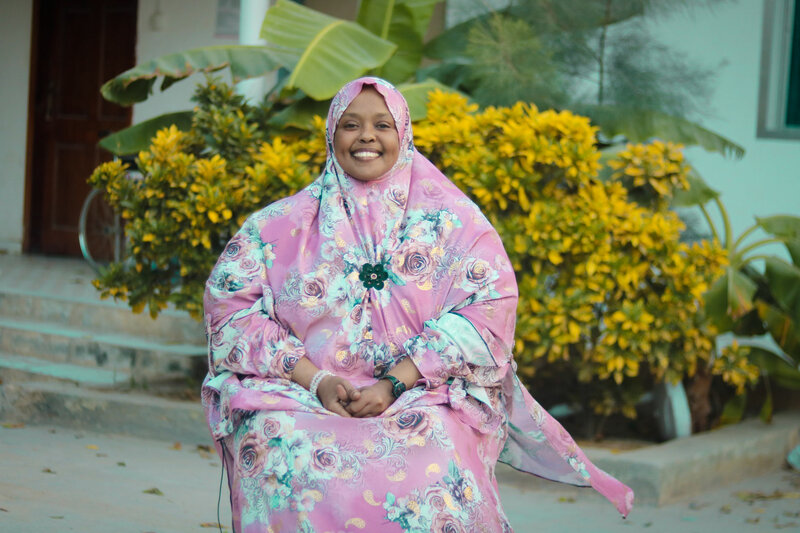 With the country rebuilding after decades of civil war, and still dealing with the impact of Al-Shabaab violence and ongoing humanitarian crises, she and her counterparts have their work cut out.

The challenges are such that, for example, in the Somali language there is no specific word for ‘depression’ and there is still plenty of social stigma associated with mental health.

“Now more than ever, Somalis need mental health support. As a resilient society, Somalis have endured the effects of protracted conflict, and one health emergency after another,” the UN World Health Organization’s Representative to Somalia, Dr. Mamunur Rahman Malik, has said in the past.

Providing that support is a challenge which Ms. Elmi, a clinical psychologist, has been tackling for more than a decade, and relishes. 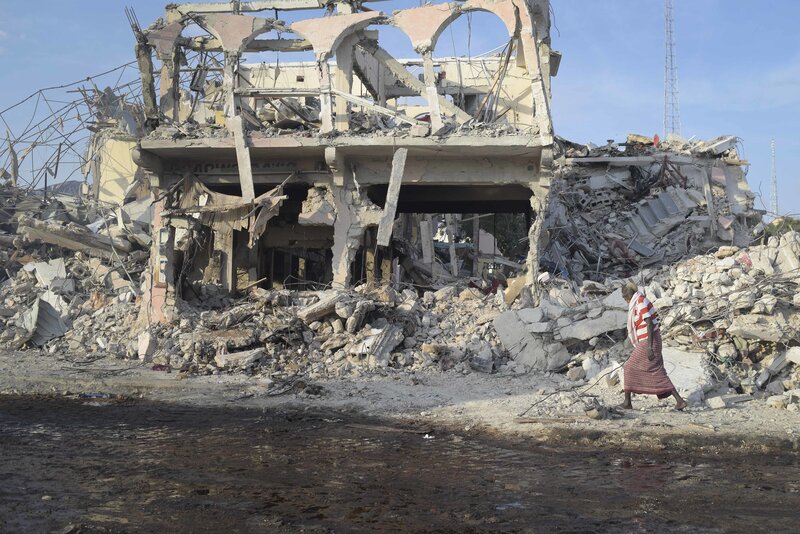 Ms. Elmi was born in 1984 in the Somali capital of Mogadishu, which meant she was a young girl when the civil war erupted in the 1990s and devastated so much of the country, both in terms of physical damage but also in terms of Somalis’ mental well-being.

Obtaining an education was no easy feat amidst the conflict, but Ms. Elmi persisted. She began at the Imam Shafi’I Primary School and then completed her high schooling in 2004 at the Mogadishu Boarding School. Throughout her initial schooling, she was unsure of what vocation to pursue.

Her father’s advice proved conclusive in this respect. He noted that there were few psychologists working in the country and, knowing his daughter’s skills with people, he encouraged her to pursue this career.

“As a teenager, you sometimes struggle to find your way. My father suggested I study psychology, and he was right,” she says.

Ms. Elmi took her father’s guidance to heart. In 2005, she went to Sudan to undertake undergraduate studies at the Ahfad University for Women, in Omdurman, from where she graduated with a bachelor’s degree in psychology in 2010. She then returned to Somalia and worked as a part-time lecturer at institutions in Mogadshu, including Benadir University, Jazeera University and the Modern University for Science and Technology. 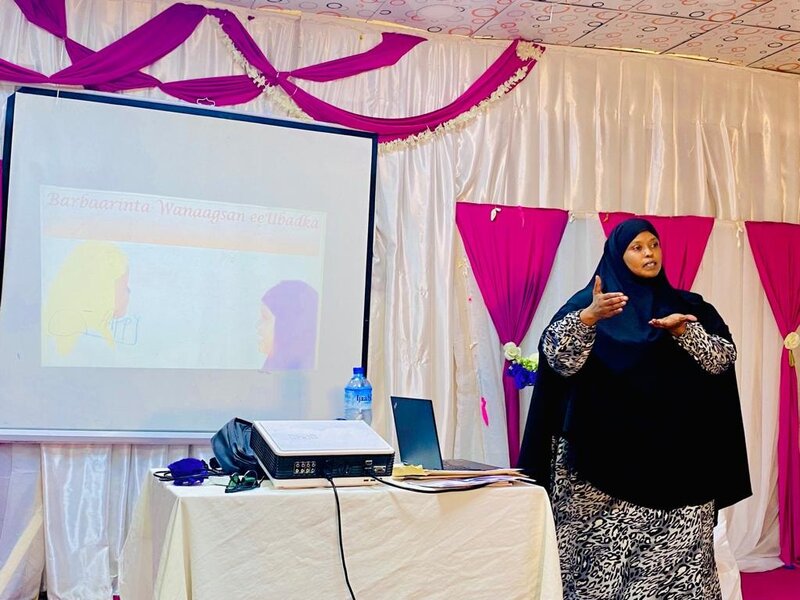 “The first thing I did when I returned to Somalia from Sudan was to think about where to apply the knowledge I had acquired. Psychology is my passion, and the positions at the three universities helped me spread it to the students,” she says.

The mother-of-three complemented her work with an online master’s degree in psychology from Unicaf University from which she graduated in 2020. Last year, she joined Dr. Osman Fiqi Hospital in Mogadishu as a counsellor.

“I started working at the hospital to help my people and serve them in a different capacity than at the universities,” Ms. Elmi notes.

Throughout her 11 years of teaching and working, Ms. Elmi noticed that the years of conflict had taken a toll on the mental wellbeing of her compatriots, either directly or indirectly.

“Every tragic event affects those who survive and the families of the victims, causing anxiety and stress,” Ms. Elmi says. She sought to do more, beyond the workplace and the classroom.

In 2021, the 38-year-old started an initiative called ‘Please smile!’ centred on monthly meetings with groups of young women and men dealing with mental health issues. It aims to help them find contentment in day-to-day life, build a sense of community, and fight the stigma associated with mental disorders in Somalia, many of which are linked to the travails the country and its people have endured on their path to peace and stability. 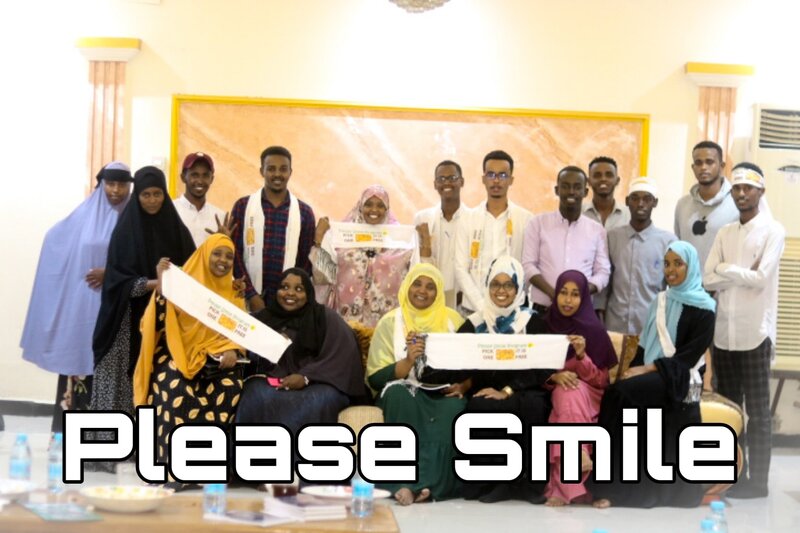 Trying to change negative narratives often caused by traumatic events, the monthly gatherings are founded on the tenets of positive psychology, which is the scientific study of the factors that enable individuals and communities to flourish, according to the University of Pennsylvania’s Positive Psychology Center.

“Suffering and well-being are both part of the human condition and psychology should care about each. Human strengths, excellence, and flourishing are just as authentic as human distress. People want to cultivate the best version of themselves and live a meaningful life. They want to grow their capacities for love and compassion, creativity and curiosity, work and resilience, and integrity and wisdom,” the Center states on its website.

During the meetings, participants share their emotions and experiences in a safe environment and practice mindfulness.

“The meetings focus on young people and students in schools and universities who suffer the impact of unsafe environments even before they are born. I encountered people who had forgotten the feeling of happiness, as well as many students who were rushing through life in pursuit of high marks, a degree, or a job, and had forgotten to live in the moment and pursue contentment,” Ms. Elmi says. 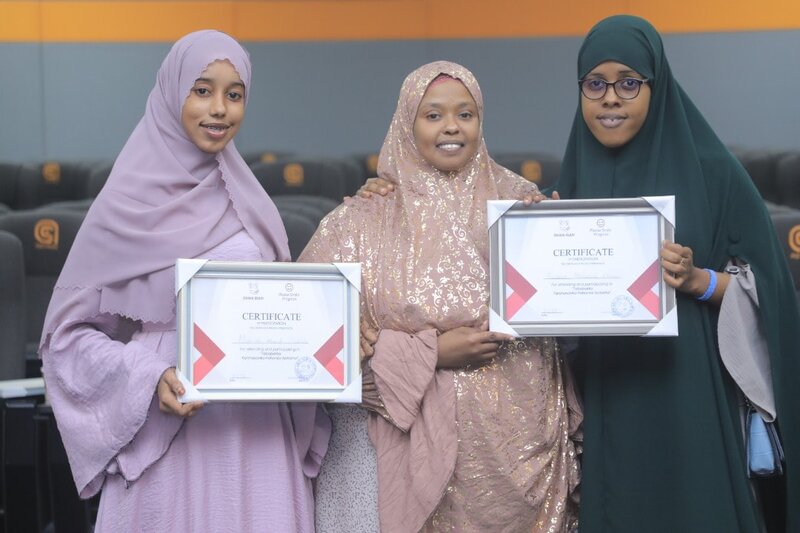 With ‘Please smile!’ the clinical psychologist has a special focus on trying to break the passing on of trauma from one generation to another, a particular problem in Somalia given the years of conflict coupled with the country’s growing youth population.

“In the long term, I’d like to see future generations free from mental problems, but right now, the most important aspect of my approach is to assist people in finding contentment and letting go of all negative ideas and experiences, or at the very least lightening and balancing their lives,” she observes.

The meetings’ participants have primarily been youth who have received previous psychological counselling.

As one of the participants in the meetings, Faduma Ali Abdi, puts it, “The meetings helped me to not be a guest of my happiness.”

“For me, it was a valuable session as I understood more about managing stress and remaining calm in difficult times,” says Mohamed Dahir Ali, who attended a meeting earlier this year.

Held each month at different venues, such as schools, universities and hospitals, the ‘Please smile!’ initiative has drawn some 150 attendees. Ms. Elmi hopes to be able to introduce similar sessions in the country’s Federal Member States in the future. 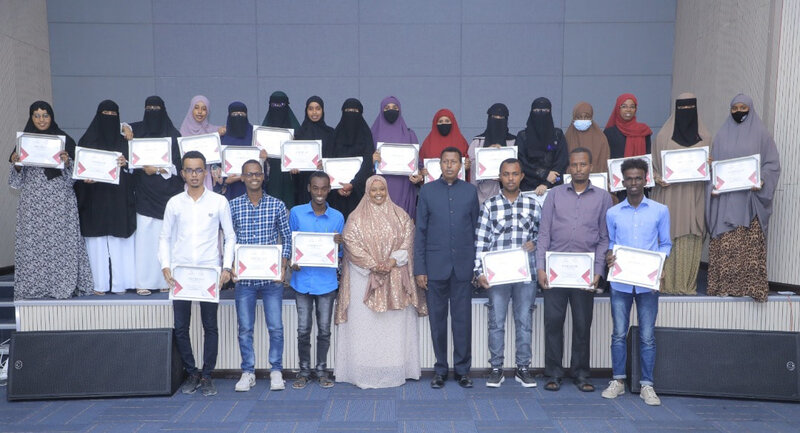 Ms. Elmi takes pride in the fact that there is growing acceptance of the importance of mental health among Somalis. Asides from her father, when she first embarked on her career, some friends advised working in the sector as they believed that there was no scope for it in Somalia.

“Many people here may believe that psychological counselling is unimportant, but that is not true. I can personally attest to it,” she says.

“Our youth are ready for change and need to gain a better understanding of their lives” she adds. “Sure, challenges are constantly present, and the majority of them stem from a person's culture and beliefs, such as the belief that psychology is not real science.”

The mother of three can speak from personal experience – she practises what she preaches. Due to the traumatic nature of the experiences she deals with, she too receives psychological counselling.

"I sometimes meet people who tell me terrifying stories. Some of the stories make me anxious, and I feel overwhelmed. Then, I look for a counsellor myself. I listen to what is going through my mind and relax,” Ms. Elmi says.

In February 2022, the International Journal of Mental Health Systems published a study of the mental health situation in Somalia. It indicated a dire need to prioritise the prevention and treatment of mental disorders in the country.

According to data on Somalia from the World Health Organization’s (WHO) Mental Health Atlas 2020, of the total estimated 82 mental health professionals in the country, only four are psychiatrists. It also shows that the area is in need of data and research, while programmes such as suicide prevention or anti-stigma and discrimination are non-existent.

On Mental Health Day last year, observed annually on 10 October, the WHO and the Federal Government of Somalia’s Ministry of Health issued a joint statement in which they flagged that they had been working together to develop a mental health strategy for 2019-2022 with the latter finalizing a mental health policy. 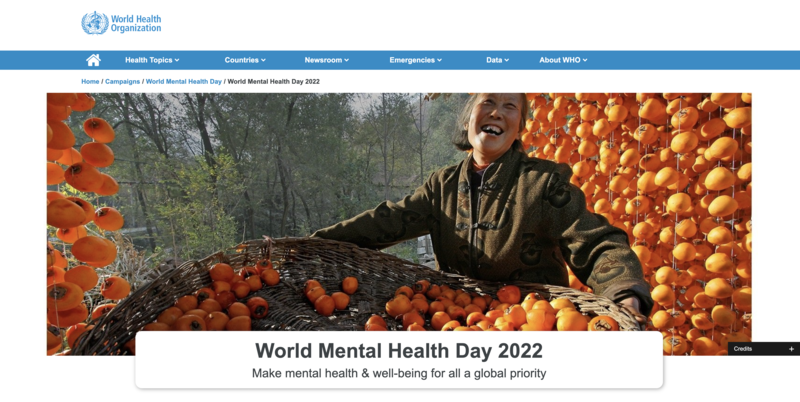