Garowe – Pastoralism is a way of life for many Somalis and Puntland, in Somalia’s north, with its semi-arid landscape and warm climate, is a key location for this form of livelihood.

But, over the past two decades, there has been some change.

Plantations of bananas, mangoes, guavas, lemons, sugarcanes, and peanuts have been popping up around the state, and especially in Jibagalle, located some 15 kilometres northeast of Garowe, Puntland’s capital, and home to more than 150 small- to medium-sized farms. 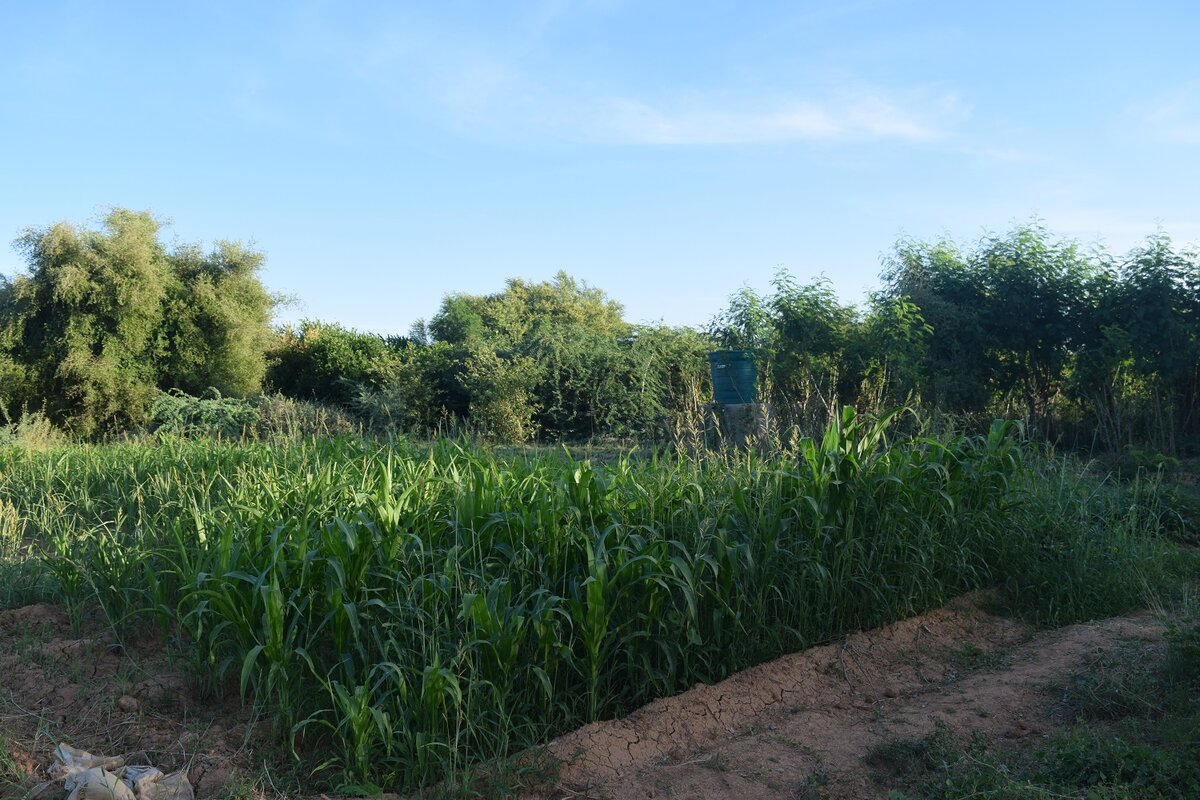 The area has developed into an agricultural hotspot over recent years with investment in new farming techniques and technology, such as solar-powered irrigation, drip irrigation, greenhouse, the importation of quality seeds, and a general pro-business approach to partnering with other business enterprises to scale up the farming output.

Among those attracted to Jibagalle’s potential is Ifrah Nur Hassan.

Over the past few years, Ms. Hassan has defied local stereotypes and developed a small, family concern into a thriving agricultural enterprise, while also following the example set by her parents.

“This is a family farm, but since I took over the reins just five years ago, I have transformed it and made it one of the most productive farms in Garowe. I’m getting a great deal of support from my mother who actually was one of the great pillars of the foundations of this farm, where almost 90 percent of its 11 hectares has been effectively utilized for rearing livestock and growing different kinds of fruits and vegetables,” says Ms. Hassan. 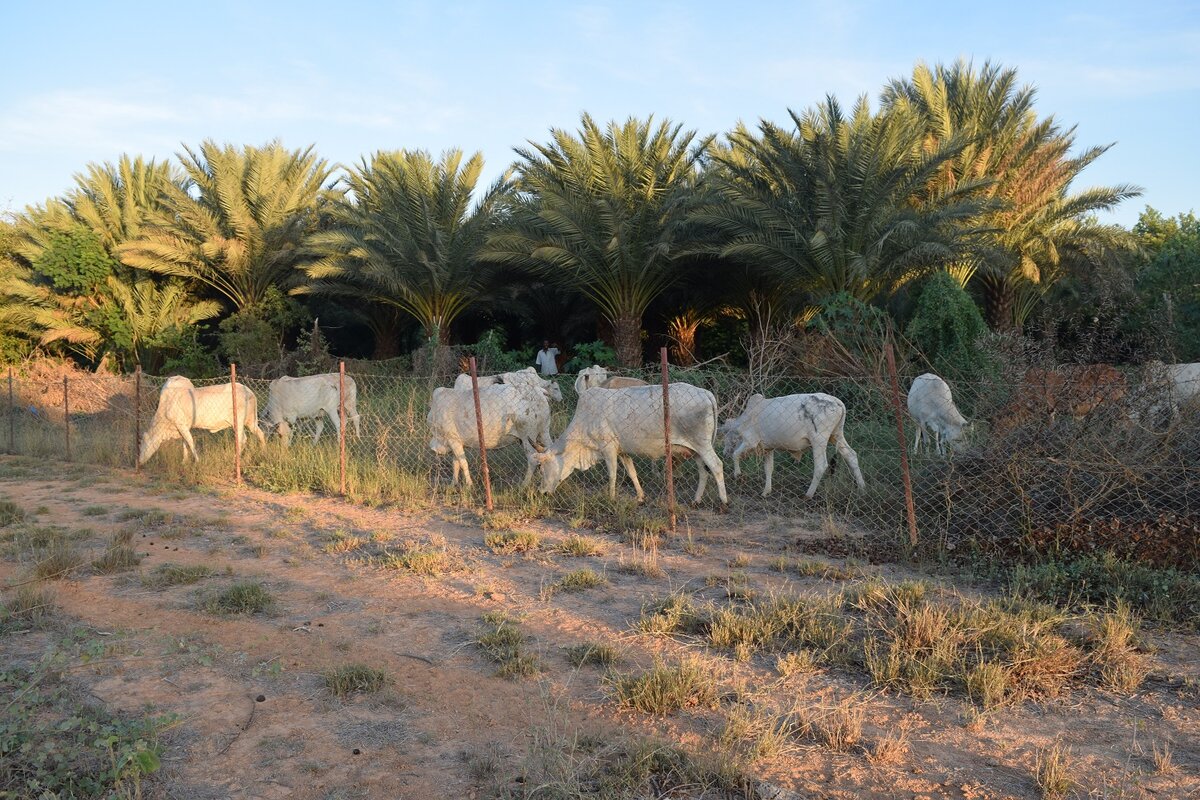 Dates, lemons, guavas, watermelons, onions, peppers and tomatoes are among the produce from the farm, in addition to its rearing cows, sheep, and camels.

Taking over the family farm, which her late father had founded, had not been Ms. Hassan’s initial career ambition. Born in Eyl, a coastal town in Puntland’s Nugal region, she grew up in Garowe where she graduated from the Puntland State University with a bachelor’s degree in public administration in 2014.

With local expectations of farming being traditionally a male role, many of Ms. Hassan’s friends and peers doubted she could do much more beyond passively overseeing its operation when she first opted to take up the family business.

A desire to break that stereotype, and with her mother’s example and support, she applied herself with the aim of growing the farm’s overall, seasonal output. It now produces some 5,000 kilos of products, including dairy, fruits and vegetables, up from 1,000 kilos five years ago.

“Our farm has grown so large that we have now employed more than 15 regular staff to handle various aspects of the daily work of the farm including – ploughing, watering, reaping, harvesting, distributing and selling products in Garowe, but also other cities such as Galkayo and Burtinle,” Ms. Hassan says. 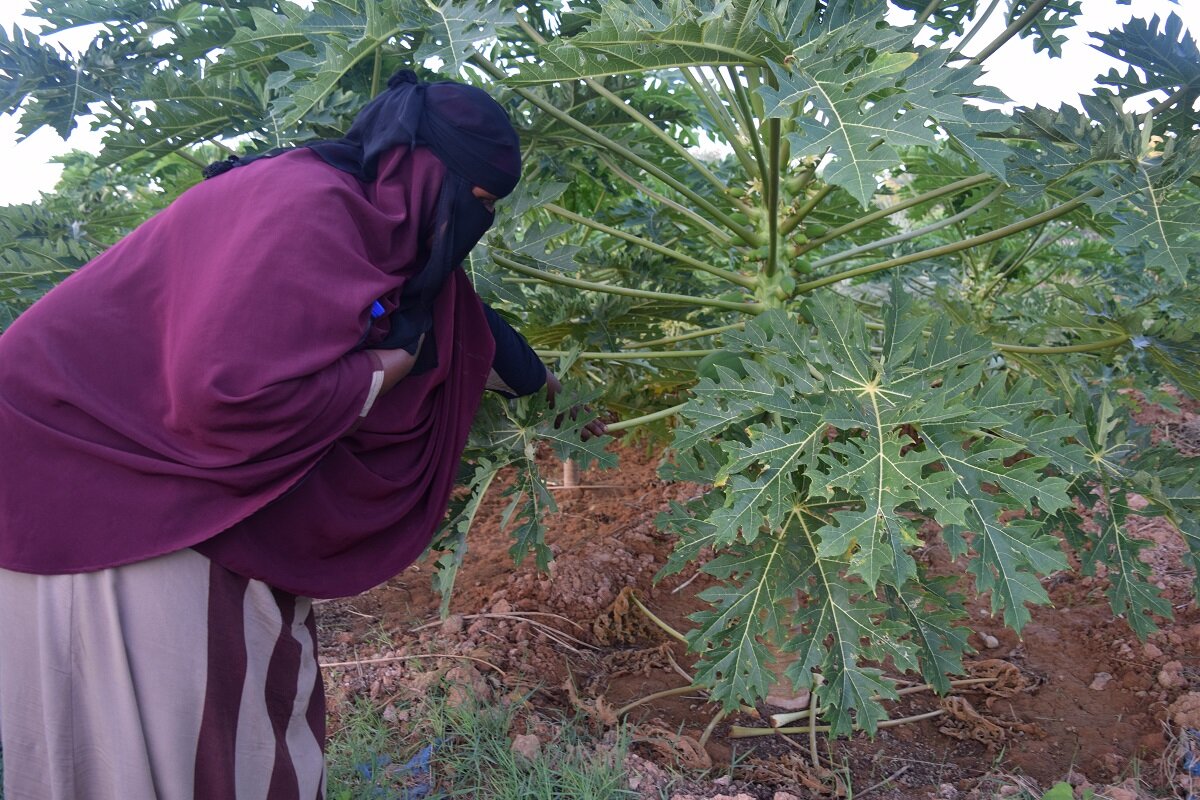 Her approach has seen her explore options to increase farm productivity through the adoption of new technology to counter the high costs of fuel to power some of the farm’s equipment.

One way she did this was to install two solar-powered irrigation systems that pump out thousands of cubic litres of water from two deep wells. Each system has 100 solar panels, and they have helped reduce fuel costs and expenses related to the ongoing maintenance of generators, on top of being more environment-friendly than other options.

While the initial outlay for the solar-powered systems is high, it is expected to be recovered within three years at the most given the money saved on overheads such as fuel. 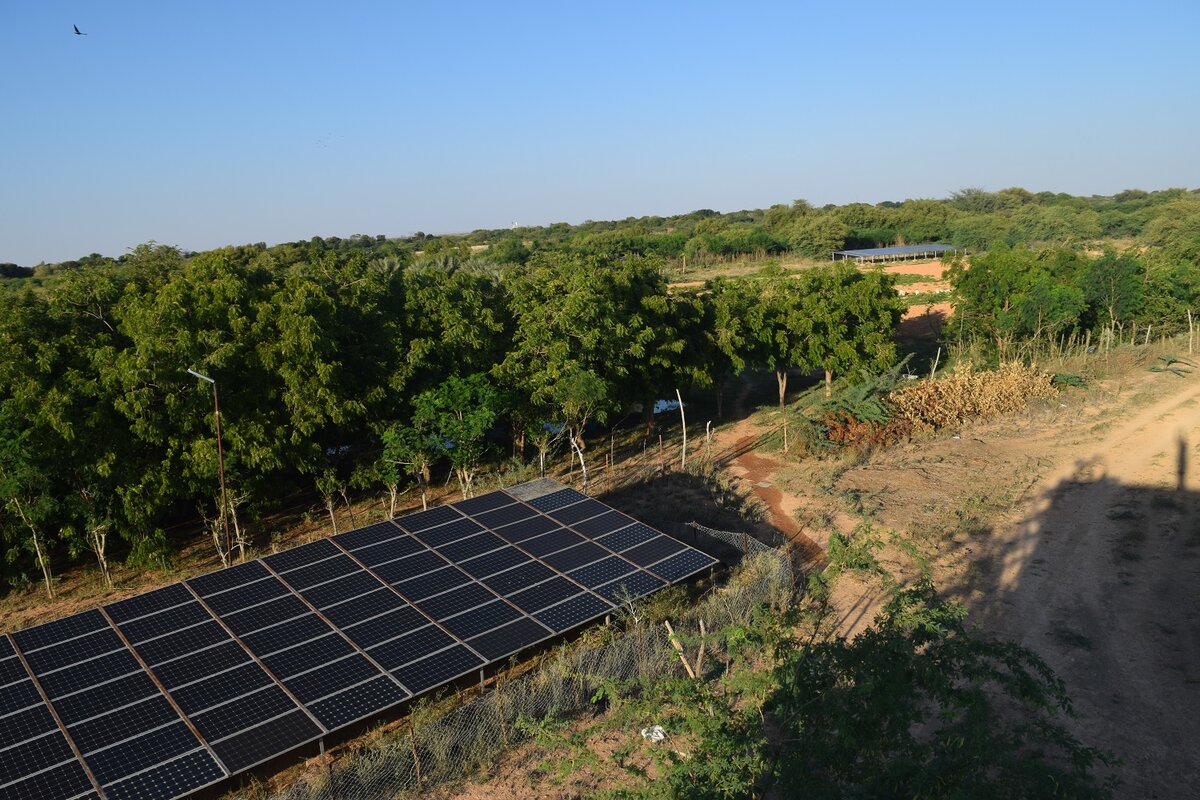 “Initially our overhead expenses were too high, and we relied mainly on fuel-powered generators for electricity for our water pumps. Each month we used to pay $5,000 to cover these fuel expenses, but now our fuel expenses have been cut to just $200 – the impact of solar-powered systems is clear to see on our farm. It’s even helped increase the quality and quantity of our production,” says Ms. Hassan.

But while growing the business is important, Ms. Hassan’s is clear that her long-term ambitions are not limited to the family farm, and extend to helping her local community.

“We are not just aiming to increasing our output,” Ms. Hassan says. “Yes, we have futuristic goals of increasing self-reliance, reducing pollution, economic growth and better livelihoods in the region – but my ambition is to get to a stage where we can also provide regular support for the vulnerable segments of our society by providing them with low-cost dairy, vegetable, and fruits.”