On International Anti-Corruption Day, UN Deputy Envoy Commends Somalia on progress in the fight against corruption

On International Anti-Corruption Day, UN Deputy Envoy Commends Somalia on progress in the fight against corruption

“Corruption is one of the fundamental issues undermining sustainable peace in Somalia […]. We all know that corruption is highly damaging for any country, but particularly so in developing nations,” said Deputy Special Representative Adam Abdelmoula, who also serves as UN Resident and Humanitarian Coordinator for Somalia.

“Corruption exacerbates inequitable wealth distribution as well as social divisions, fueling conflict and instability. People often develop deep mistrust in State institutions if the State is perceived as tainted by corruption or exclusionary politics,” he added. “But despite these significant challenges, there are increasingly positive signs of progress and, accordingly, reasons for optimism.”

The UN official was speaking at an event organised by the Federal Ministry of Justice and Judicial Affairs, and attended by senior officials from the FGS, Federal Member States, UN agencies, the diplomatic community, and representatives of youth, women and persons with disabilities. 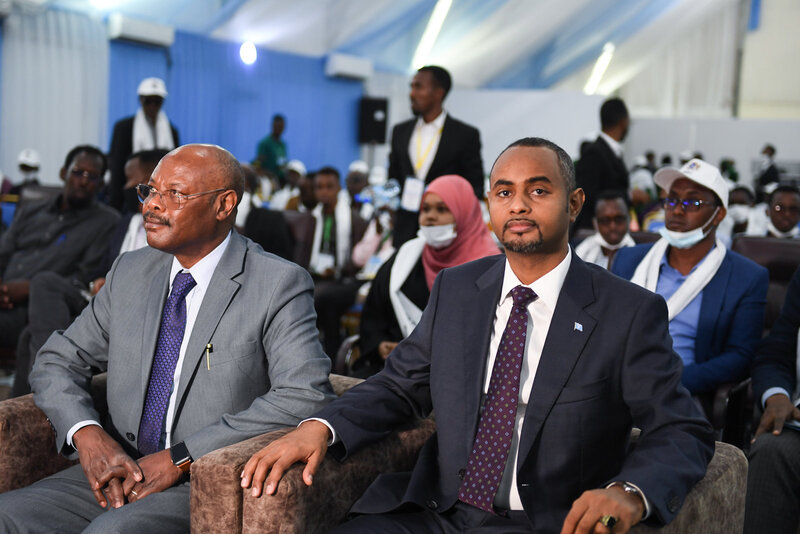 “A remarkable achievement this year was Somalia’s accession to the Convention Against Corruption – the UNCAC – in August for which we warmly congratulate the government,” Mr. Abdelmoula said.

According to the UN Office on Drugs and Crime (UNODC), UNCAC’s far-reaching approach and the mandatory character of many of its provisions make it a unique tool for developing a comprehensive response to corruption. Somalia became the 188th State Party to the Convention and is participating in the Conference of States Parties – the main policymaking body of UNCAC – being held in Egypt this week.

Mr. Abdelmoula noted that, as a signatory, Somalia is legally bound by the articles of the Convention and has made a commitment that transcends changes in the administration, which will ensure sustainability of its anti-corruption efforts.

The UN official also pointed out the important role that civil society, youth and media in Somalia can play to fight corruption by exposing corrupt practices, whistleblowing, promoting accountability and fighting impunity. 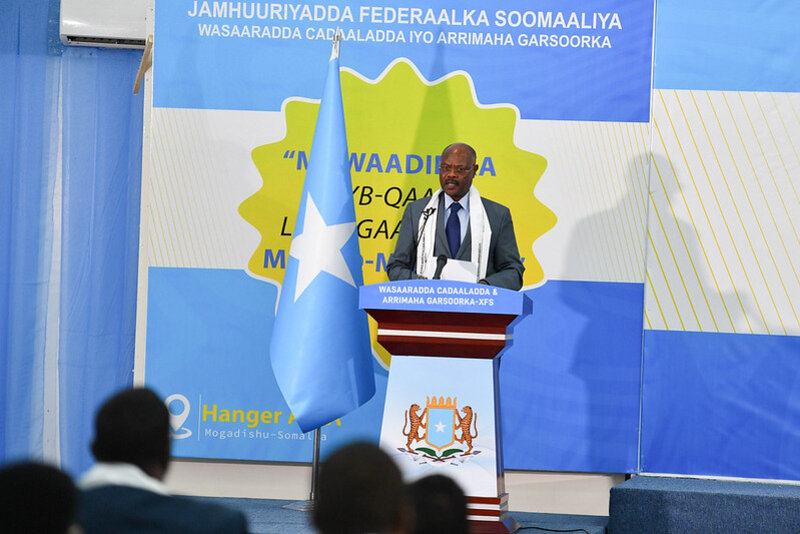 The United Nations Secretary-General's Deputy Special Representative for Somalia, Adam Abdelmoula, who also serves as UN Resident and Humanitarian Coordinator for Somalia, delivers his remarks at a ceremony to commemorate International Anti-Corruption Day in Mogadishu, Somalia on 9 December 2021.

In his remarks at the event, the Federal Minister of Justice and Judicial Affairs, Abdulkadir Mohamed Nur, spoke of the FGS’ enactment of laws and the establishment of other measures to fight corruption, with the latter including the development of the National Anti-Corruption Strategy and the setting-up of the Independent Anti-Corruption Commission. He also flagged that Somalia has ratified the African Union Convention on Preventing and Combating Corruption and the Arab Anti-Corruption Convention.

Minister Abdulkadir noted that his ministry – in coordination with the Offices of the Auditor General, Attorney General, President and Prime Minister – had established a dedicated unit to fight corruption within the Government.

“We pledge to work with local, regional and international partners to prevent and fight all forms of corruption,” he said. “The fight against corruption is part of our general efforts to promote the rule of law in Somalia.”

Speaking at the event, the Federal Minister of Women and Human Rights, Hanifa Mohamed Habsade, said that the fight against corruption goes hand in hand with efforts to fight against other challenges such as insecurity and human rights violations.

“Corruption takes its toll on the most vulnerable people such as women, children and persons with disabilities. Our country can only develop if we say no to corruption,” noted Minister Hanifa.

The UN General Assembly adopted UNCAC in October 2003, and, on the same occasion, also designated 9 December as International Anti-Corruption Day to raise awareness of corruption and of the role of the Convention in combating and preventing it. The global theme for this year’s observance of the occasion was ‘Your right, your role: say no to corruption.’