Mogadishu/New York – James Swan, UN Special Representative for Somalia, urged Somali authorities and the international community to capitalise on the "moment of opportunity" following the recent conclusion of the election.

In his remarks to the United Nations Security Council, Mr. Swan, who also heads the UN Assistance Mission in Somalia (UNSOM), spoke about the country's recent presidential election, humanitarian situation and the security challenges.

"We call on Somali leaders to work together in a spirit of collaboration and national purpose. We call on Somalia's international friends and partners, including those on this Council, to offer constructive support and encouragement," he said.

Underlining the UN's readiness to work with the new Government, Mr. Swan said he had heard directly from President Mohamud about his immediate goals, which include national reconciliation, improving relations between the central Government and federal states, and addressing the security threat from the militant group al-Shabaab.

Other priorities are finishing the constitutional review and judicial reforms, completing election-related laws, ensuring compliance and international requirements for debt relief, and focusing on the dire drought marring the region.

"We believe this is an appropriate list of initial priorities and look forward to learning more details as the new leadership takes charge and as a new Prime Minister and cabinet are named in the coming weeks," said Mr. Swan. 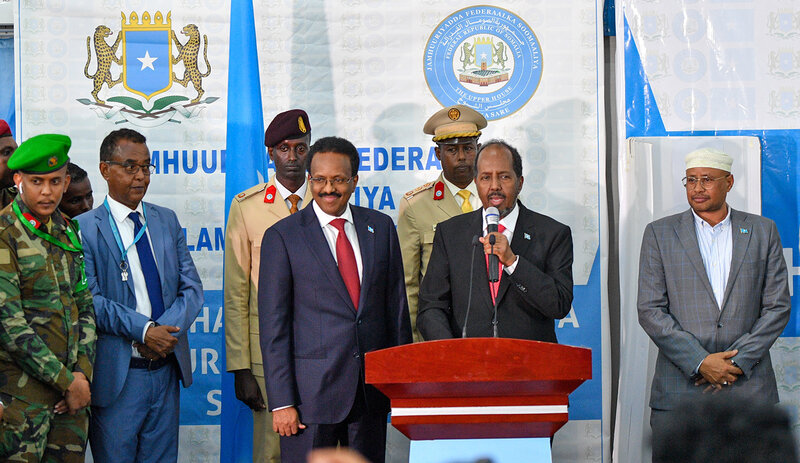 While welcoming the successful poll, Mr. Swan also pointed to some shortcomings.

The Somali people did not have the chance to vote for the House of the People in a "one-person-one-vote" election, and only 21 per cent of the elected Members of Parliament (MPs) were women, despite a 30 per cent quota.

He added that many irregularities in the selection of MPs were noted throughout the process, which was repeatedly marred by violence, with numerous civilian casualties recorded.

Turning to the worsening humanitarian situation in Somalia, the UN envoy reported that the number of people affected by drought has risen to 6.1 million.

"The country faces a heightened risk of localised famine in six communities if food prices continue to rise and humanitarian assistance is not sustained," he warned.

Despite a scale-up in humanitarian operations, a $1.45 billion appeal for this year is only 15 per cent funded. Furthermore, donors have to deliver on pledges and commitments made last month at a high-level event in Geneva focused on humanitarian needs in the Horn of Africa.

"Without immediate receipt of funding to expand humanitarian operations, we face the prospect of significant loss of life in the period ahead," he told ambassadors.

"Even as we focus now on saving lives and averting famine, there is also a need to increase resilience, development, and climate responses so that those affected by recurring crises can adapt and thrive in the future." 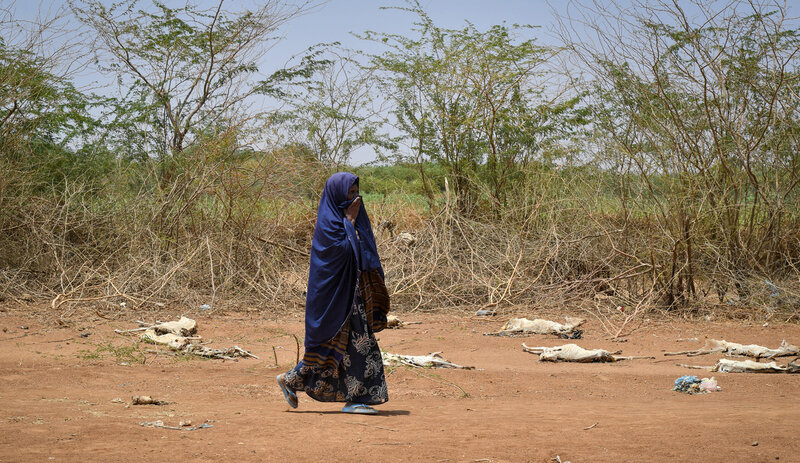 Mr. Swan also addressed the security situation which remains "highly volatile". Deadly Al-Shabaab attacks in March and April appeared to be an effort to disrupt the final phases of the electoral process.

He commended the Somali security forces and their counterparts from the African Union Transition Mission in Somalia (ATMIS) "who safeguarded the electoral process and bore the brunt of Al-Shabaab's deadly attacks then and after."

Earlier this month, the group carried out a complex assault on an ATMIS base in the Middle Shabelle region, killing several peacekeepers from Burundi.