Kismayo — A delegation made up of some of Somalia’s partners was in Jubaland today with the aim of reaffirming the international community’s collective support for the country’s elections and to discuss the next steps in the process.

“In our discussion with the President and members of his cabinet, we commended Jubaland for being the first Federal Member State to start holding Upper House elections, and emphasized the need for the election of the remaining Upper House seats to be completed quickly,” the United Nations Secretary-General’s Special Representative for Somalia, James Swan, said.

“This will allow the electoral focus to shift towards the next phase of the federal elections — those for the House of the People,” he added in media remarks delivered in Jubaland’s interim capital, Kismayo, following the group’s meeting with President Ahmed Mohamed Islam ‘Madobe’ and his team. 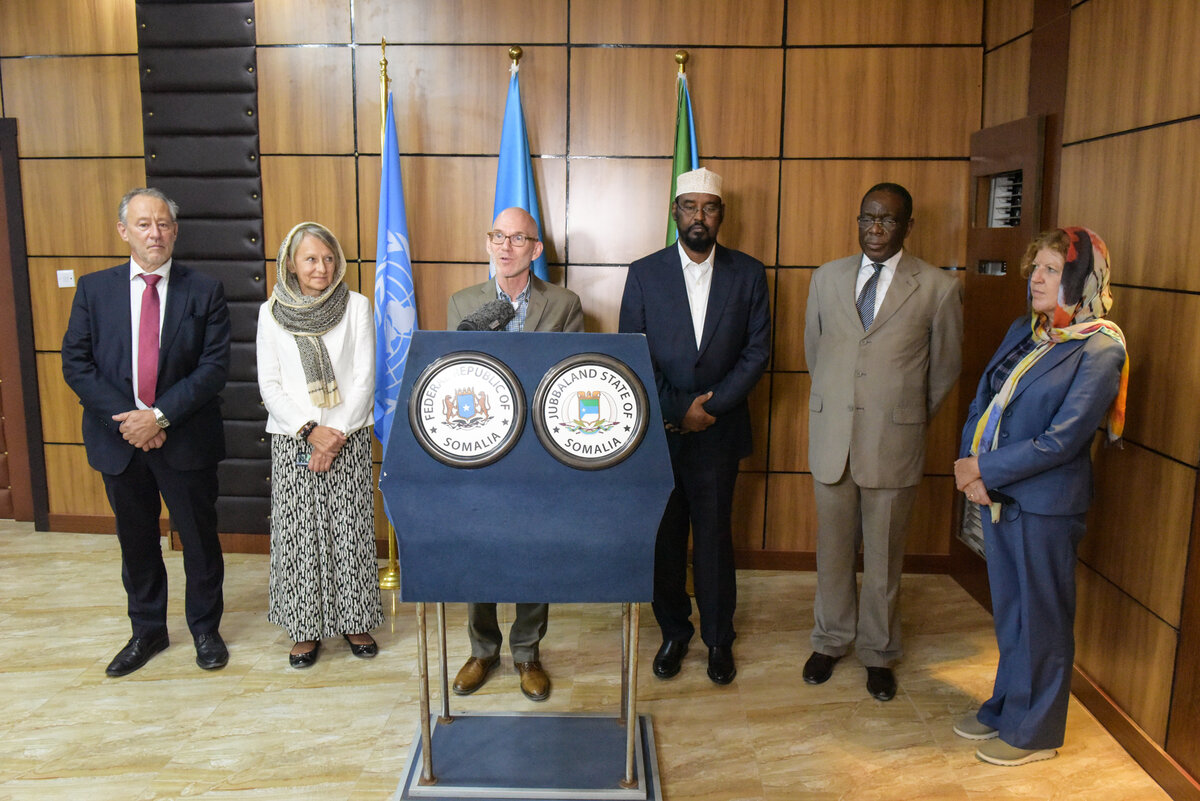 The top UN official was speaking on behalf of a delegation made up of the Special Representative of the Chairperson of the African Union Commission, Ambassador Francisco Madeira; the European Union’s Ambassador Tiina Intelmann; the Political Counsellor of the Embassy of Norway, Merete Dyrud; and the Peace and Reconciliation Advisor from the Embassy of Sweden, Johan Svensson.

In their remarks, the visiting delegation encouraged Jubaland’s leader and State Electoral Implementation Team (SEIT) to speed up the electoral process by convening the  delegate selection committees comprising elders and civil society representatives, and by preparing polling stations in both Kismayo and Garbaharey, the capital of Jubaland’s Gedo region.

While in Kismayo, the delegation met with the Jubaland SEIT chairperson, Siyad Mohamed Mursal, and visited a site used as a polling centre for the Upper House elections and which is also expected to be used for the House of the People vote. 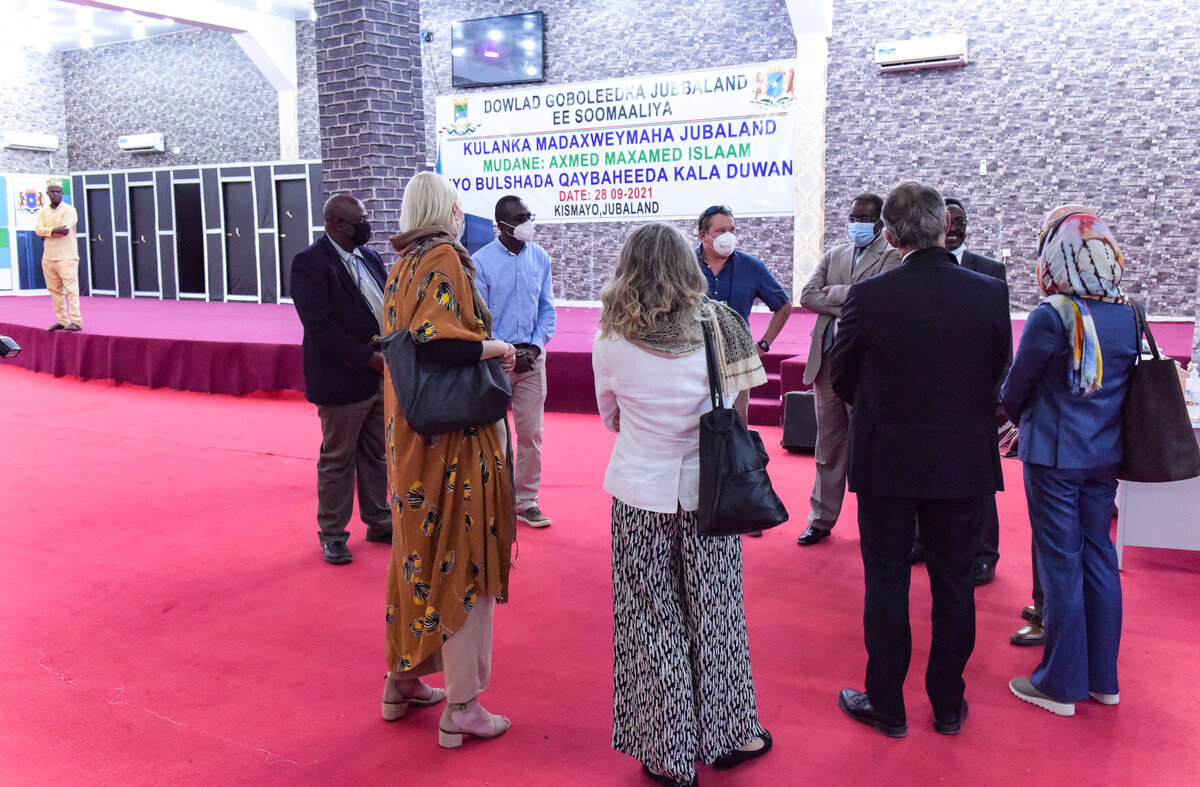 In their meetings, the delegation also emphasized that the electoral processes must respect the right of women to participate fully in all aspects of public life, and that the minimum quota of 30 per cent women’s representation should be achieved in Parliament.

“In addition, it is vital to ensure political space is protected for all Somalis,” the UN Special Representative added. “This includes freedom of expression, media access, freedom of organization and assembly — all to ensure an electoral process that is credible and transparent.”

The delegation also encouraged the President to deepen efforts, following the election, to engage all stakeholders in Jubaland with a view to achieving lasting reconciliation.

“This will help ensure political cohesion so that the focus can turn to other critical priorities in the areas of  development and security, including the fight against Al-Shabaab, which continues to pose a grave threat to peace and stability in Somalia,” Mr. Swan noted.

The visit to Kismayo was the latest round of regular contact by representatives of Somalia’s international partners with the leaders of Somalia’s Federal Member States. A delegation had visited Puntland last week. 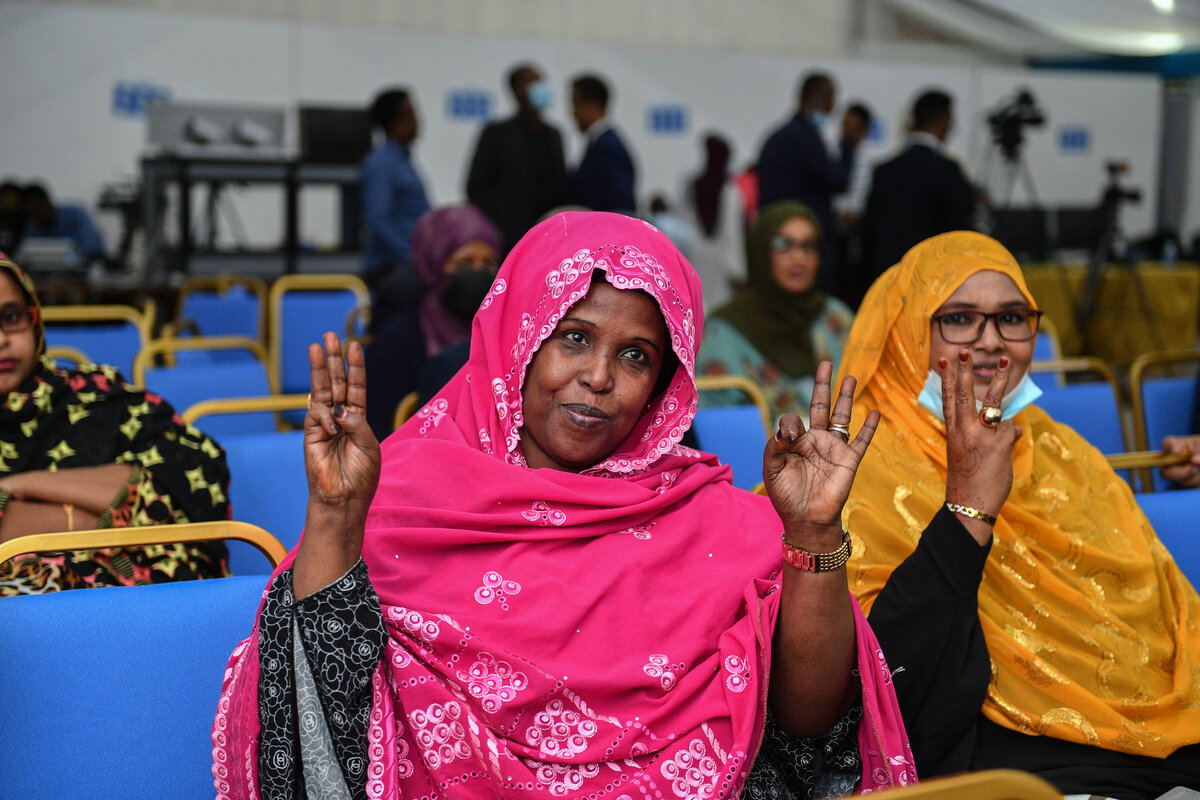