Mogadishu – Today is the International Day to End Impunity for Crimes against Journalists – a key occasion to highlight the difficult conditions some journalists work under and the need to provide justice for the journalists, investigating and prosecuting not only killings but also threats of violence against journalists.

It was established in 2013 as an annual observance by a resolution of the United Nations General Assembly, which urges the world body’s Member States to put in place definite measures countering the present culture of impunity towards the news media. The date was chosen in commemoration of the assassination of two French journalists in Mali on 2 November 2013.

The resolution condemns all attacks and violence against media workers. It also urges Member States to do their utmost to prevent violence against journalists and media workers, to ensure accountability, bring to justice perpetrators of crimes against them, and ensure that victims have access to appropriate remedies. It further calls upon Member States to promote a safe and enabling environment for journalists to perform their work independently and without undue interference.

The SJS has more than 450 members, made up of journalists, sub-editors and editors and operates through annual membership fees from its membership, as well as the support of international partners, such as the National Endowment for Democracy and the Canadian Fund for Local Initiatives, as well the UN Assistance Mission in Somalia (UNSOM). The United Nations in Somalia has frequently spoken out on the importance of media safety and protecting the country’s political space, including the freedom of expression.

Q. In your view, how safe is Somalia for journalists?

Abdalle Mumin: Somali journalists are operating in an extremely dangerous environment – they are between a rock and a hard place. Somalia maintains its unenviable title as one of the most dangerous countries to practice journalism globally. Threats and attacks from government officials, private individuals and the militant al-Shabaab insurgency remain the norm. Journalists seeking to report on security issues, any wrongdoing by state officials, and human rights abuses, have regularly faced harassment and intimidation.

Many journalists have been compelled to resort to self-censorship. As the country is now in transition and preparing to hold its elections, the problems have increased further. In addition to the ongoing violence against journalists, authorities in Somalia have imposed a draconian media law that restricts the freedom of expression, censors journalists and administers harsh punishments for any reporting considered critical of the state, such as reporting national security or even scrutinizing public officials.

Q. What has been the impact on Somali journalists?

Abdalle Mumin: This year alone one journalist — online journalist Jamal Farah Adan — was murdered in Galkayo, Puntland. Three journalists were injured, mostly by firearms, and three others were beaten. Five media houses were raided, while around a dozen others were harassed and intimidated, or denied access to information. Between 1 January and 26 October, 49 journalists were arrested. The majority of these arrests were arbitrary detentions that took place in Mogadishu, Puntland, Jubaland, Galmudug and Somaliland.

There are very limited protection mechanisms for Somali journalists. Media houses lack adequate resources to give protection to their journalists undertaking dangerous assignments, and authorities at the federal and state levels have often failed to protect journalists – often those responsible for attacking, threatening or harassing journalists are not held to account. This has also worsened the safety and protection of media works across the country.

In addition, journalism as a profession in Somalia is among those that pay the least and there is a great need for developing journalists’ skills through professional training.

Q. How important is this International Day to End Impunity for Crimes against Journalists to the media in Somalia?

Abdalle Mumin: The International Day to End Impunity for Crimes against Journalists is a unique day for journalists across the globe – and it has a special significance in Somalia as it serves as a sad reminder for us of all our fellow journalists who have been hurt or killed while doing their important work, but also as a reminder of the importance to advocate for change to achieve justice.

This reinforces the importance of the Day as an occasion to advocate for an end to such impunity for the perpetrators and bring about justice for the victims. Somalia should use this year’s commemoration as an opportunity for a new and real commitment to end journalists’ killings, investigate all cases of journalists who have been killed, and prosecute the perpetrators. Simply, crimes against Somali journalists and media workers must end. 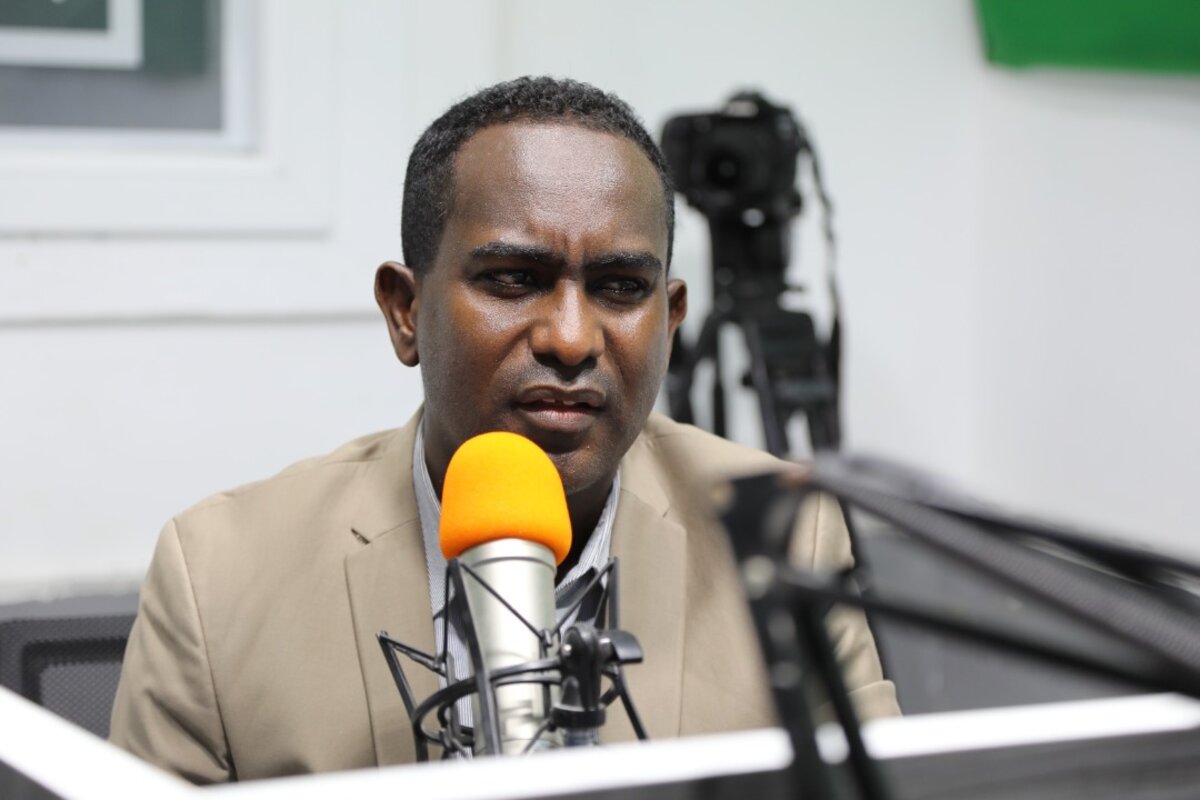 Q. What is SJS doing to help protect journalists and media freedom in Somalia?

Abdalle Mumin: Currently, at its core, the SJS strives to save the lives of journalists. We liaise with local lawyers, security experts and senior reporters to provide 24/7 advice through a hotline to journalists covering events in Somalia, including elections and developments in its conflict zones.

Overall, we aim to create a platform for journalists in which they can interact, network, and share best practices, as well as build their capacity through training courses, seminars or workshops, so that Somalia can one day benefit from having the quality journalism that it deserves.

At the moment, the SJS is currently conducting a safety training series, supported by the Canada Fund for Local Initiatives (CFLI), with about 60 journalists taking part. With the support of international partners, we’ve had other training courses in the past and hope to have more in the future.

Q. What kind of support do Somali journalists need to strengthen their protections and ensure their rights?

Abdalle Mumin: Somali journalists are a vital element of Somalia’s civil society and integral to the country’s peacebuilding and state-building efforts. The SJS would like to see international partners, like the United Nations, committing more support to the media sector – not only through backing short training courses, but also through projects that longer-term development of journalists and newsrooms. Also, The UN has been effective in the past when it comes to speaking up in defence of basic freedoms, such as the freedom of expression, and I urge it to play a bigger role in advocating further with government officials to ensure that freedom of expression is protected in Somalia. 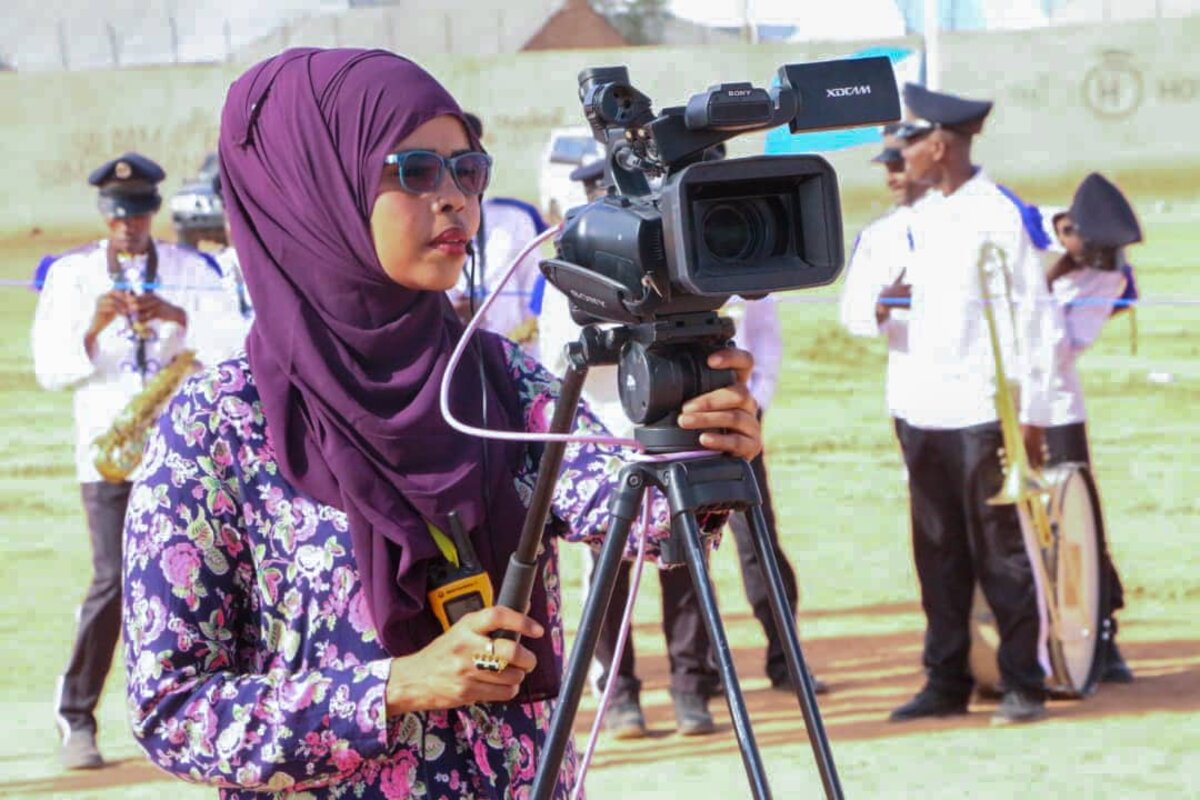 Photo: A videographer covering an event.