Hargeisa – The long-running and wide-ranging relationship between the United Nations and Somaliland came to the fore during a recent visit of senior officials from the world body to its capital, Hargeisa.

“We arrived yesterday and had the opportunity to meet with senior government officials and members of civil society, and the National Electoral Committee, before meeting with President [Muse] Bihi [Abdi] and members of his cabinet this morning,” the UN Secretary-General’s Special Representative for Somalia, James Swan, said in a media statement today.

“We are very pleased to be able to discuss the work of the United Nations in Somaliland in helping to address practical issues affecting the people of Somaliland,” he added. “Our partnership dates back to 1991, and we have remained committed since then through the most difficult times and the better times.”

The UN envoy was in Hargeisa with officials from other parts of the UN family with operations in Somaliland – the Country Director of the UN World Food Programme (WFP), Cesar Arroyo; the Representative of the Office of the UN High Commissioner for Refugees (UNHCR), Johann Siffointe; and the Country Programme Manager for UN Women, Sadiq Syed. 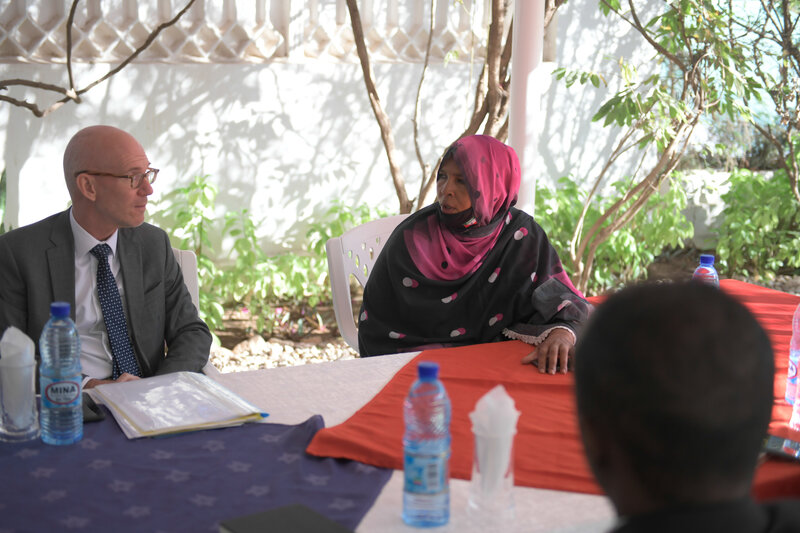 “UN support is wide-ranging. It includes humanitarian and development help, and my colleagues and I were able to see some of that support first-hand with a visit to a World Food Programme-operated nutrition and medical centre,” Mr. Swan said.

“At that centre,” he continued, “we observed other UN agencies that are providing integrated food, nutrition and health support to babies, young children and their mothers.”

The UN envoy was referring to a visit on Tuesday to the Mohamed Moge nutrition centre in Hargeisa, one of 47 fixed centres in Somaliland where WFP – together with cooperating partner Health Poverty Action and the Somaliland Ministry of Health Development – has a targeted supplementary feeding programme as well as mother and child health and nutrition programme.

In addition, the UN Children’s Fund (UNICEF) provides support to severely malnourished children under the age of five in an outpatient therapeutic programme. A total of 1,354 beneficiaries are currently supported at the Mohamed Moge location. 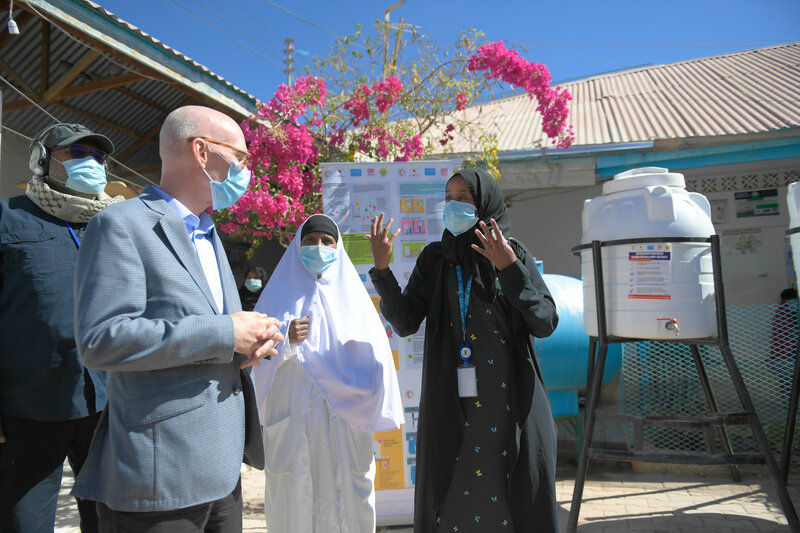 The UN Special Representative also noted WFP’s commitment to supporting long-term food security in Somaliland. It invests in safety nets, food systems enhancements and livelihoods programmes that complement and build on its humanitarian relief portfolio, including through the provision of food relief, nutrition and school feeding which supports hundreds of thousands of food-insecure people.

WFP’s impact on the local economy was also highlighted. The food relief agency uses the international port in Berbera, with the facility forming part of a critical corridor serving its operations, not just locally but also around the wider region of the Horn of Africa.

“More than a quarter of a million metric tons of humanitarian assistance cargo passed through Berbera last year,” Mr. Swan said. “Between 2019-2020, the World Food Programme injected more than $50 million into the economy of Somaliland in the form of port fees, warehouse costs and transport charges.”

UNHCR is mandated to safeguard the rights and well-being of refugees and other displaced people. In Somaliland last year, its activities encompassed education, healthcare, livelihoods and shelter, among other sectors. 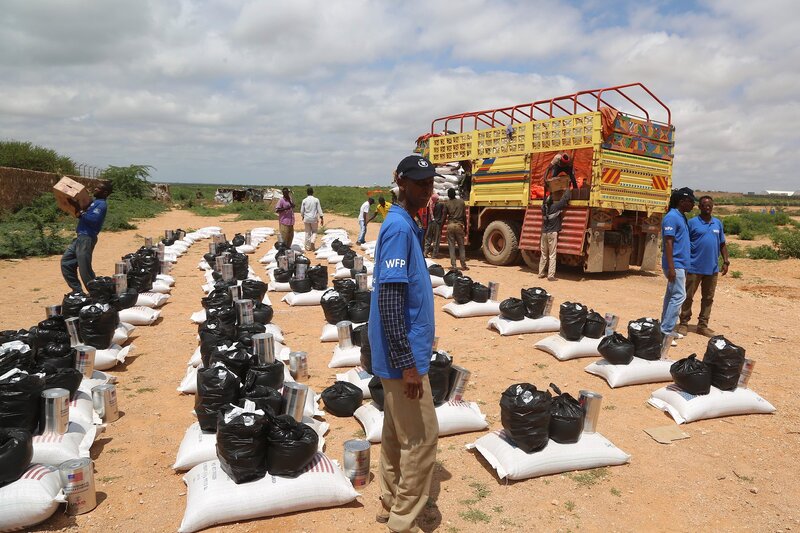 Gender equality also figures in the UN family’s support to Somaliland. UN Women is working closely with the Ministry of Employment, Social Affairs, and Family and civil society to advocate in this area.

“UN Women has been supporting both the ministry and civil society groups in promoting women’s political participation as well as organizing community dialogues on gender issues, with a focus on addressing negative social norms,” Mr. Swan said. “UN Women is also partnering with the Somaliland Women Lawyers Association to carry out advocacy on women’s access to justice.”

In his remarks, the UN Special Representative flagged Somaliland’s vulnerability to recurrent climatic shocks, noting the potential of an acute drought due to the poor Deyr rainy season last year. 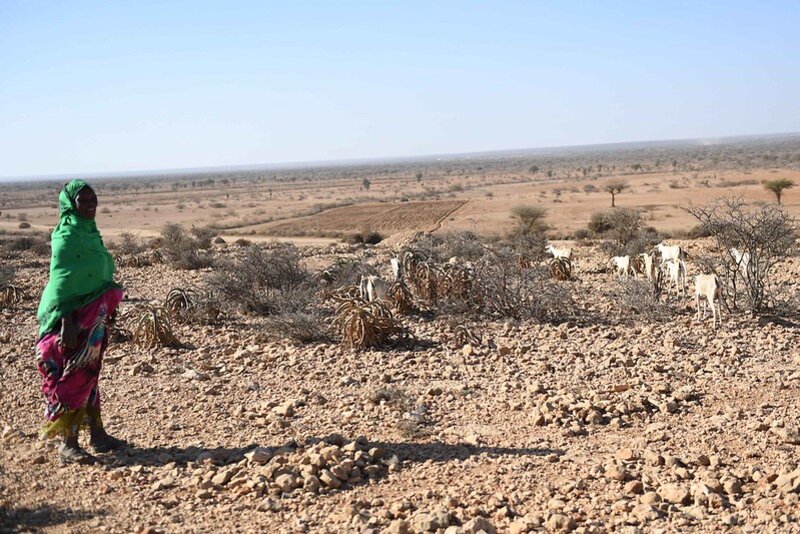 In this respect, he spoke about the UNICEF’s work with Somaliland authorities to build resilience among communities in drought-prone areas. Both have been working with the private sector to construct and install permanent water supply systems so that women and children still have access to clean water in times of drought.

“To date, 18 permanent water systems have been built and rehabilitated across Somaliland, reaching over 200,000 people,” Mr. Swan said. “And these are in addition to the UN-Habitat programme, supported by the European Union, to construct the new pipeline from the Geed Deeble well field to Hargeisa.”

The 23 kilometre water supply pipeline from Geed Deeble to Hargeisa is expected to increase the amount of water available for the capital from nine million to 14.5 million litres per day. The project is implemented by UN-Habitat, in partnership with the Hargeisa Water Agency and the Somaliland Ministry of Water Resources, with the overall objective of improving access to safe and affordable water and the livelihoods of vulnerable households in urban and peri-urban areas.

The UN Special Representative and President Bihi also spoke of the Somaliland’s forthcoming parliamentary and local elections, which were recently scheduled for 31 May, following confirmation by the Guurti, or the House of Elders, as the upper house of Somaliland’s parliament is known. 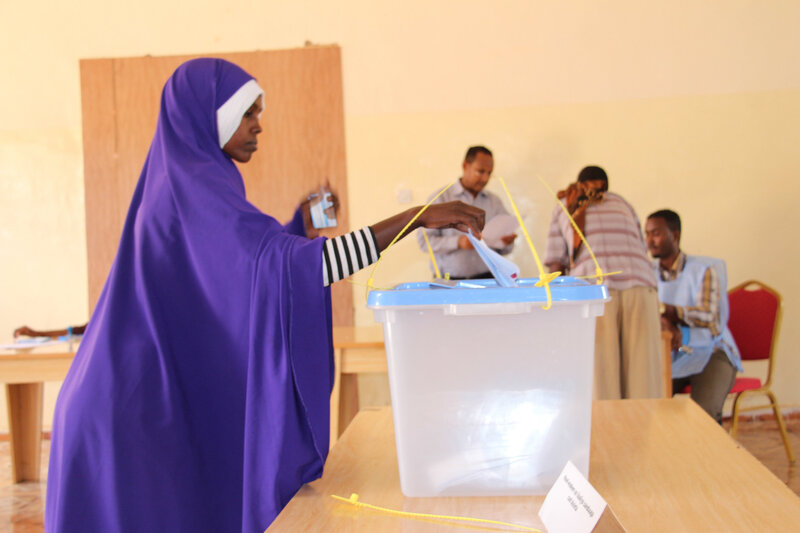 Earlier on Wednesday, the UN envoy had visited the headquarters of Somaliland’s National Electoral Commission (NEC), where he had discussions with some of its commissioners.

In his media statement, he said that all indications from the NEC are that the technical work in preparation for the elections is well-advanced and that voter registration has been a major exercise, but has been carried out in a comprehensive manner reaching out across the regions.

“We urge an inclusive and transparent process,” he added.

While in Hargeisa, the UN envoy and other members of the delegation also met with the Chair of Somaliland’s Human Rights Commission, as well as representatives of local civil society groups and international partners present in the city. 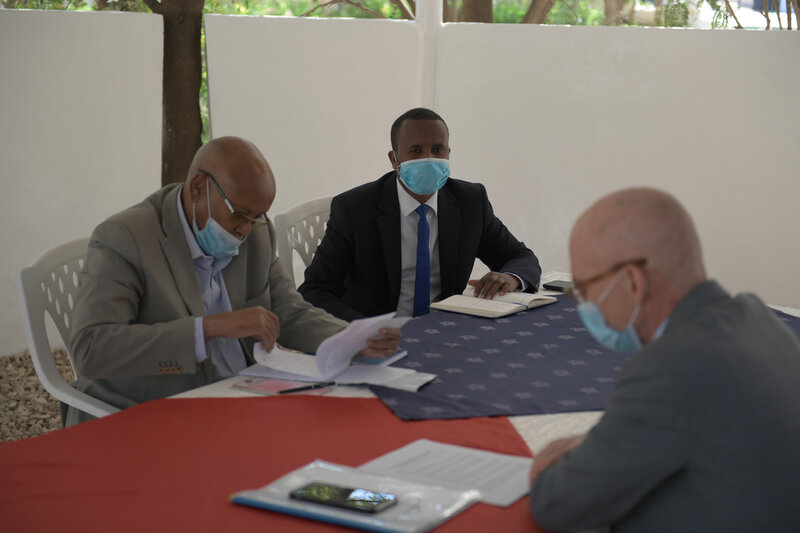