Baidoa – A high-level group representing some of Somalia’s main international partners today met with South West State’s leadership to discuss a range of topics related to political, humanitarian and security developments in both the Federal Member State and Somalia as a whole, as well as how they can best provide support.

“On the political front, we welcomed the South West State Administration’s continued efforts to strengthen local governance, and we are encouraged by the just-concluded formation of a District Council in Huddur. We hope that this sets an example for other such district council endeavours,” the UN Secretary-General’s Special Representative for Somalia, James Swan, said in media remarks at the Presidential Palace in Baidoa, the largest city in South West State.

“We stressed the importance of ensuring that people are accorded the space to express themselves freely, including freedom of assembly, organisation, and media, as the people of South West State debate key issues on the public agenda,” Mr. Swan added. 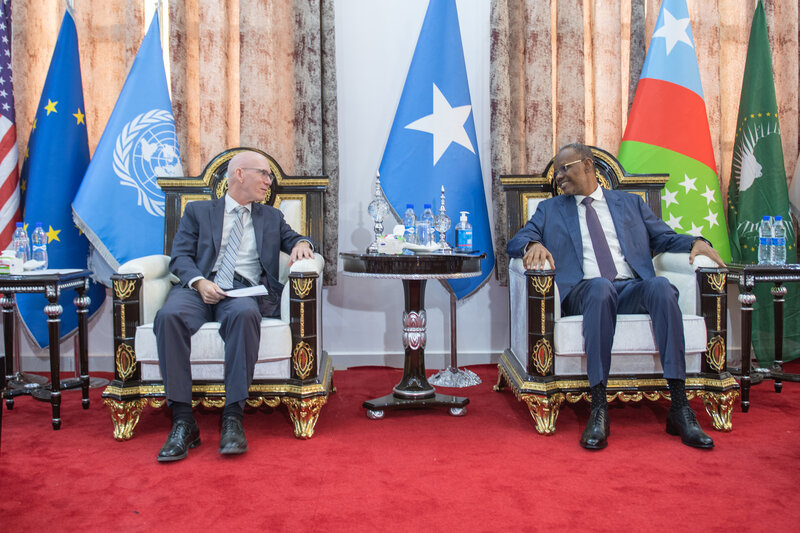 Referring to the national arena, the UN official noted that solid and productive working relations between Somalia’s Federal Government and the authorities in the country’s Federal Member States are crucial to the long-term stability and well-being of all Somalis.

“In this respect,” he said, “we renewed our call for a collaborative relationship between South West State and the Federal Government, and welcome the President’s attendance at the recently-concluded meeting of the National Consultative Council in Mogadishu.”

Mr. Swan was speaking at a joint press encounter with the South West State leader, President Abdiaziz Hassan Mohamed ‘Laftagareen,’ following a group meeting with him and members of his cabinet and advisors. 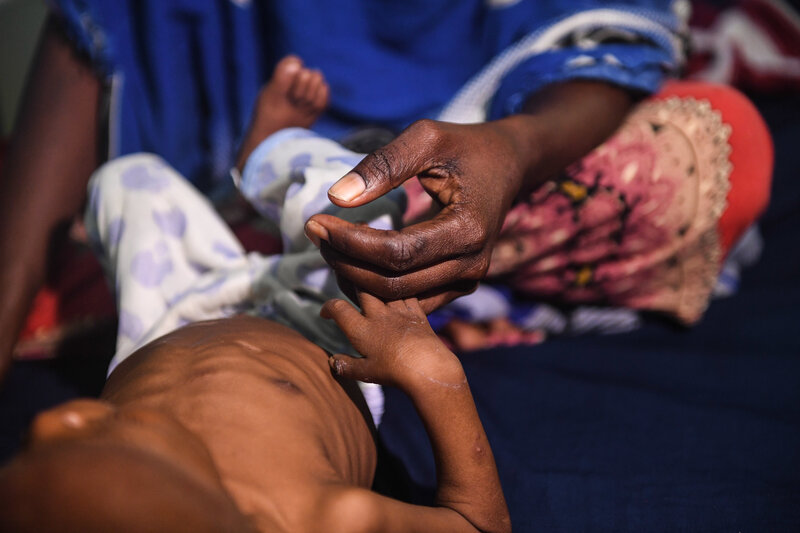 In his remarks, the UN Special Representative noted that the humanitarian situation in many parts of Somalia had grown increasingly dire due to the worsening drought, and that South West State was no exception to this.

According to a recent report of the UN Office for the Coordination of Humanitarian Affairs (OCHA), recurrent droughts, and insecurity – mainly due to the presence of the Al-Shabaab terrorist group – have negatively impacted the economic stability and livelihoods of people in South West State, leading to a chronic humanitarian situation and large-scale population displacements.

At least 1.4 million out of the estimated 2.9 million people living in the Federal Member State are reportedly affected by the drought, including 454,600 people in the Baidoa district. In addition, South West State has one of the biggest caseloads of internal displacement, food insecurity and malnutrition in Somalia. 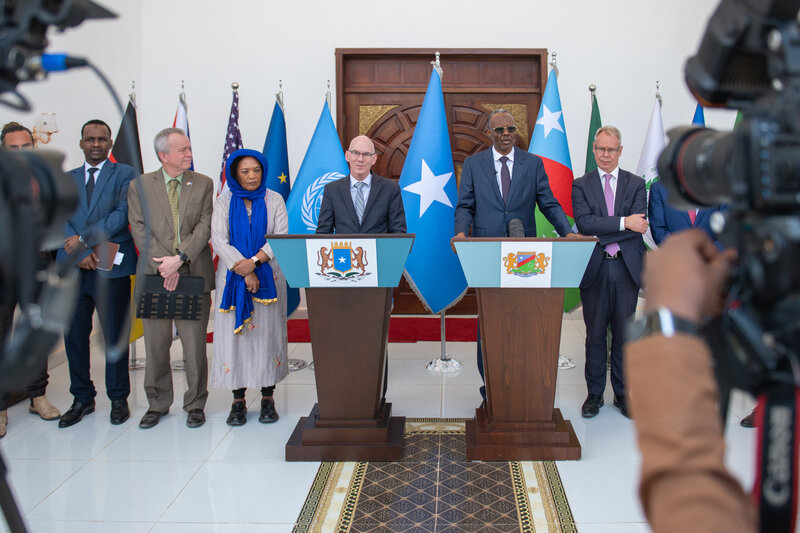 “Somalia’s international partners are seriously concerned about the difficult humanitarian situation affecting South West State’s residents and those who have arrived from elsewhere due to displacement caused by the drought,” Mr. Swan said. “We are wholeheartedly committed to continuing to support South West State as it faces this immense challenge.”

Throughout Somalia, a total of 5.3 million people were reached with drought response and famine prevention scale-up efforts between January and July 2022, representing 69 per cent of the 7.61 million people targeted. The UN is also calling for a scaling-up of assistance required to address worsening humanitarian conditions and rising needs.

Somalia’s Humanitarian Response Plan for 2022 seeks close to $1.5 billion and has currently reached around 68 per cent of that target. 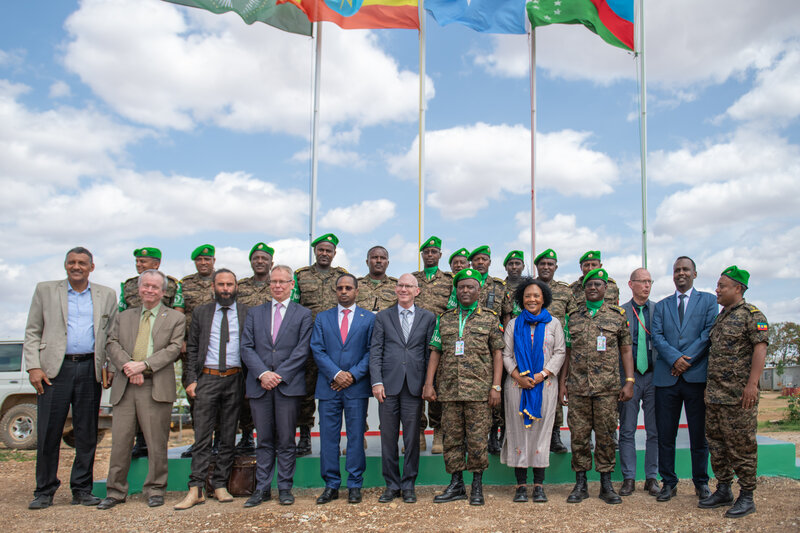 In regard to security matters, the UN Special Representative said they remain a key priority in South West State, and that the international partners had commended the president for his continued commitment to degrade Al-Shabaab in all three of the Federal Member State’s regions.

“We also re-affirmed our commitment to continue working closely with South West State’s security establishment in taking on the challenge. In that vein, we urge even closer cooperation among international and local security actors,” Mr. Swan said. 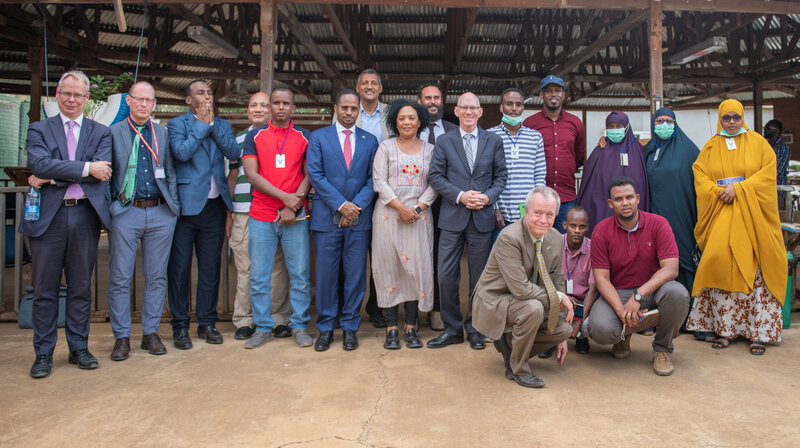 Following the meeting with the president, the visiting delegation met with the local contingent of African Union peacekeepers serving with ATMIS, and with representatives from civil society organisations.

With the latter, they heard about their concerns and how the international community can best assist them in their work as they support local development, human rights, and the needs of women, youth and other historically marginalized groups.