Mogadishu – The human rights situation in Somalia came under the spotlight this past week with the first visit of the United Nations Independent Expert on the issue, and ended with her noting progress and challenges, as well as calling for more international support for human rights in the country.

“I urge the international community not to relent in its support, at this last stage, when stability is increasingly becoming a reality in Somalia,” the Independent Expert on the Situation of Human Rights in Somalia, Isha Dyfan, said at a press conference today in the capital, Mogadishu, during which she shared some preliminary observations and recommendations on some key issues. 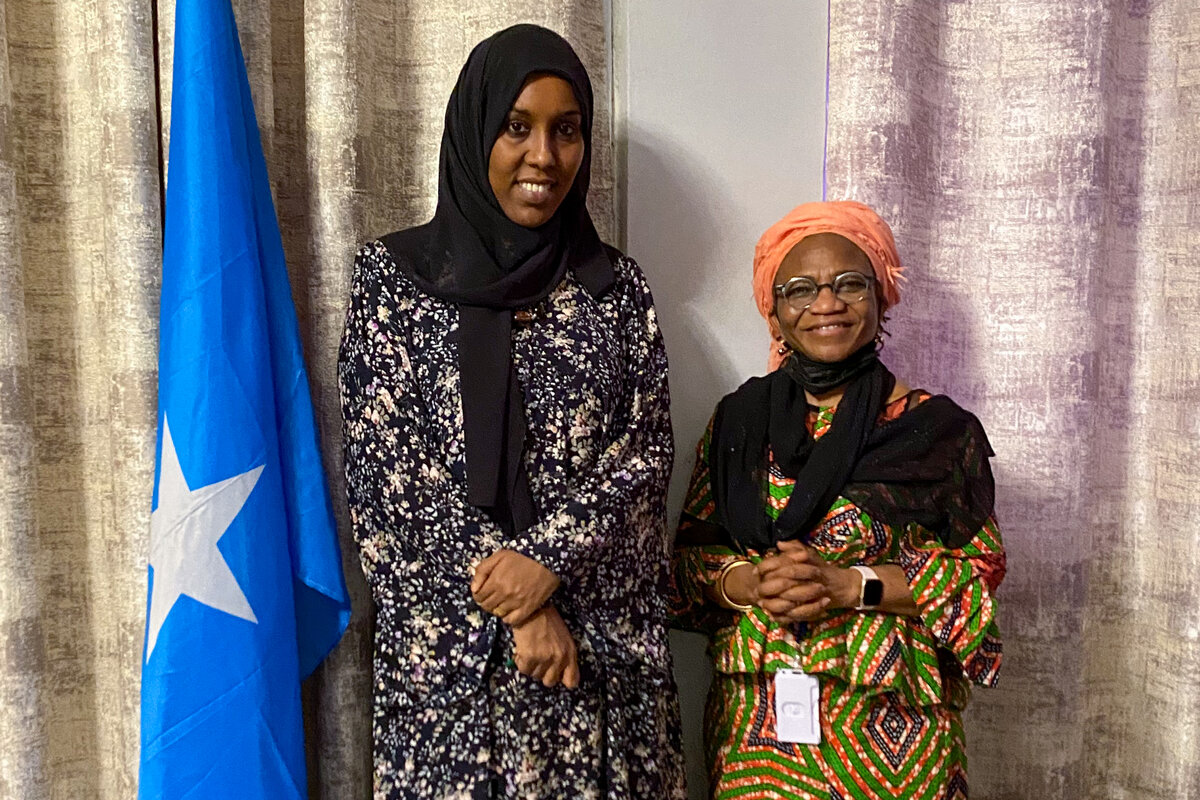 “I call upon the international community to continue its assistance to Somalia towards strengthening the Federal and Federal Member State institutions, in particular the security and justice institutions as well as the health system,” she added, “and addressing the adverse impact of climate change on the full and effective enjoyment of human rights, by ensuring access to basic social services including drinking water, sanitation facilities, housing, health care education for all children, in particular the girl child.

The Independent Expert was speaking at the end of a week-long visit to Somalia. It was her first since being appointed in May 2020 by the UN Human Rights Council to the post, which involves assessing, monitoring and reporting on the situation of human rights in the Horn of Africa country, with a view to making recommendations on technical assistance and capacity-building.

The travel restrictions caused by the global COVID-19 pandemic had prevented her visiting earlier.

“In light of this and the ongoing electoral process, I chose to focus my first visit on economic, social and cultural rights, as they relate to the benchmarks and indicators of my second report to the UN Human Rights Council,” Ms. Dyfan said. 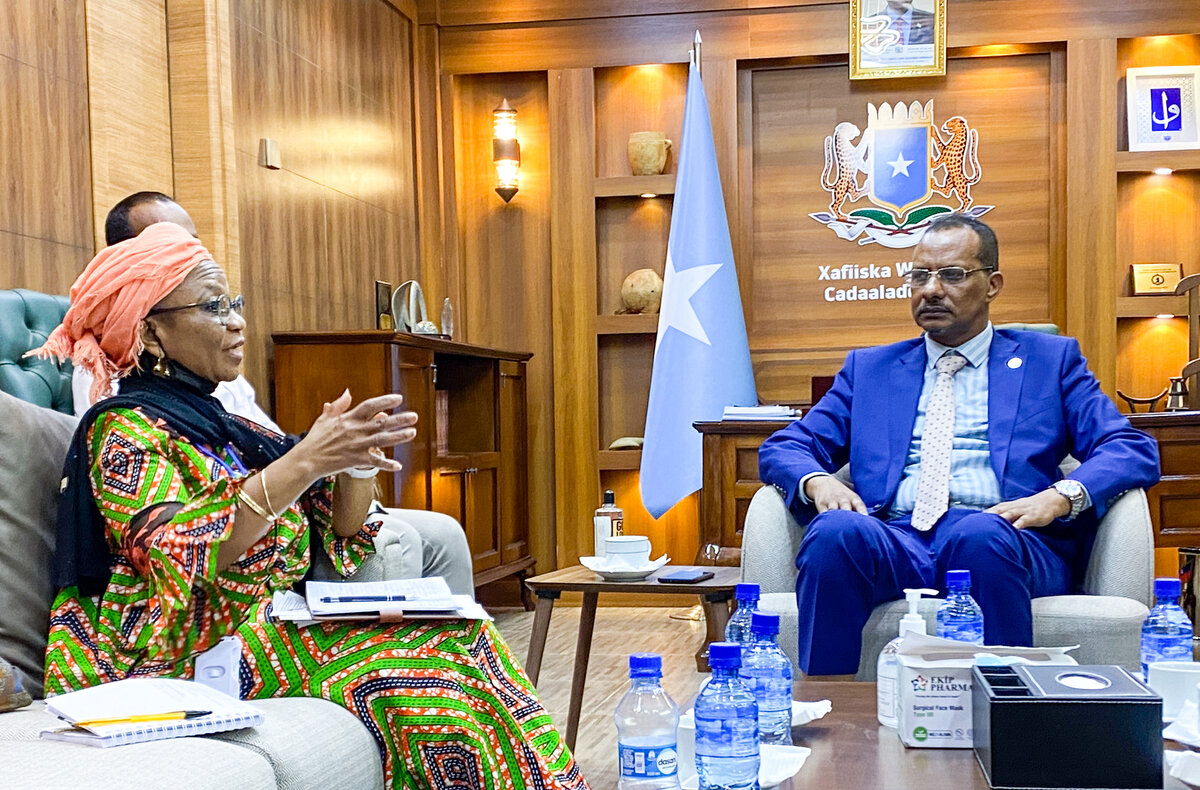 While in Mogadishu, the Independent Expert met with the federal Minister of Women and Human Rights Development, Hanifa Mohamed Ibrahim, and the federal Minister of Justice, Hassan Hussein Haji, as well as representatives of humanitarian organizations and civil society, and the African Union Mission in Somalia (AMISOM), the UN Assistance Mission in Somalia (UNSOM) and UN agencies, funds and programmes.

She also visited the city of Baidoa, in the Federal Member State of South West State, where she met with its President Abdiaziz Hassan Mohamed ‘Laftagareen’ and other senior officials, and civil society representatives. 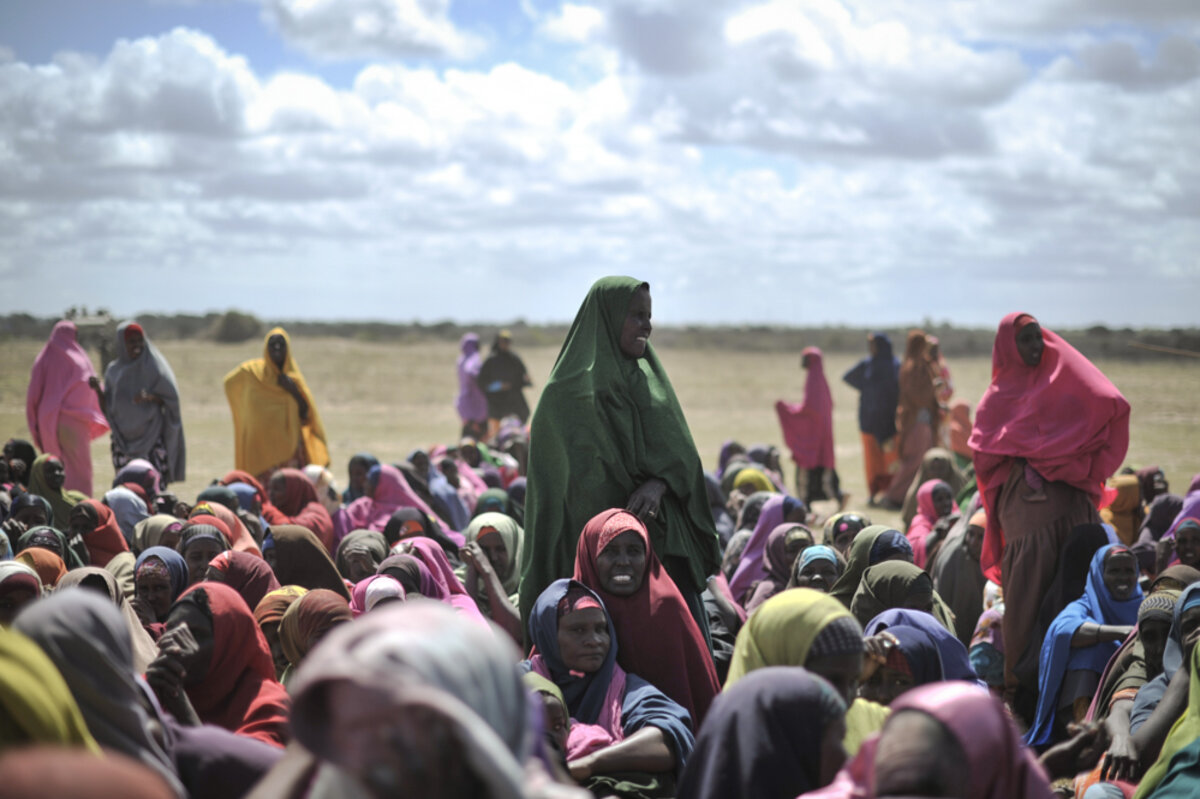 In her remarks to the media, the Independent Expert noted how the issues of insecurity, conflict and recurring drought due to climate change continue to increase the number of internally displaced people (IDPs) in Somalia, as well as severe food and water shortages.

“To this end, the Federal Government and humanitarian partners are implementing the Emergency Response and Preparedness Plan of 2021 and pre-positioning food items, water and non-food items to support the IDP populations in Baidoa and other areas in the country,” Ms. Dyfan noted. 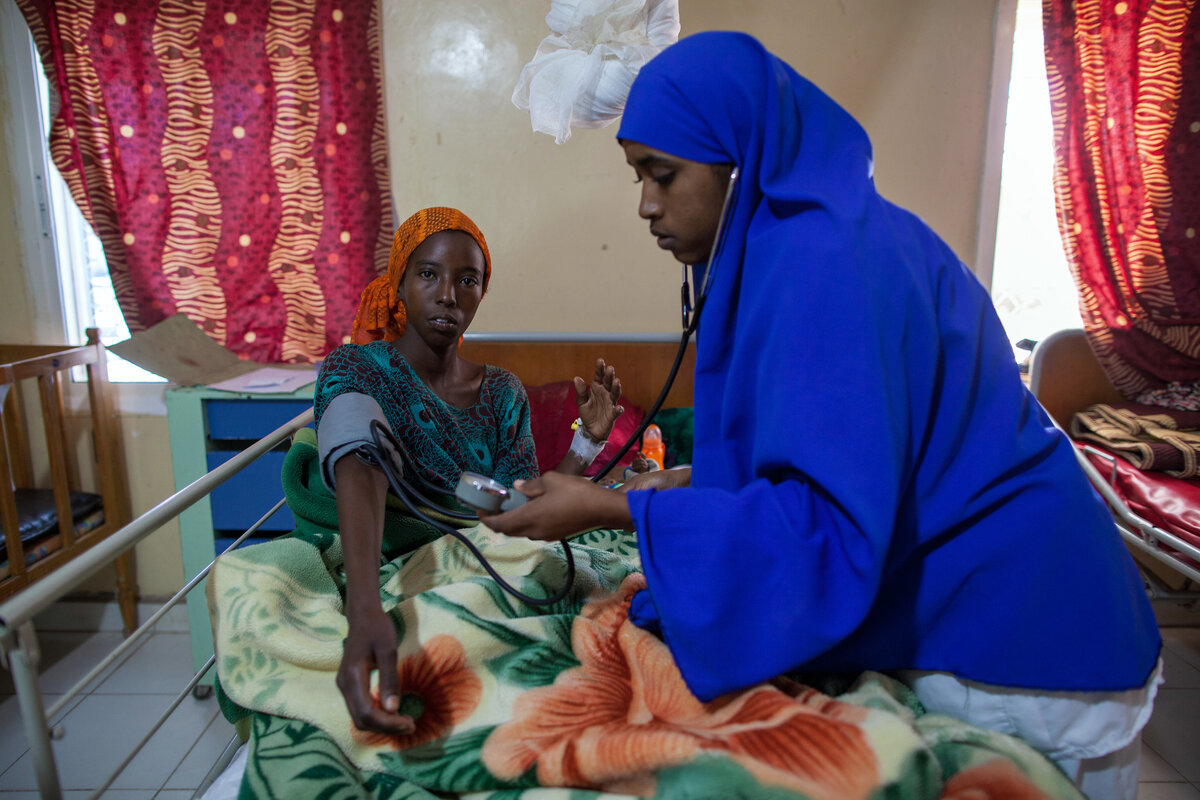 The Independent Expert flagged how access to healthcare remains dangerously low in the country. She cited the example of Mogadishu having only one government hospital and people often having to seek healthcare services at private health facilities and pay high amounts out of their own pockets for medical treatment.

“As a result, only a few people can afford these services, thereby leading to high child and maternal mortality. I therefore urge the Government to expand the delivery of public health services, in light of the lessons learnt from the COVID-19 pandemic, and increase funding for its health system,” the Independent Expert said.

She also called on the authorities to advance efforts to eliminate child, early and forced marriage and to protect the rights of girls in vulnerable positions, as such marriages contribute to an extraordinarily high population growth and result in negative health consequences. 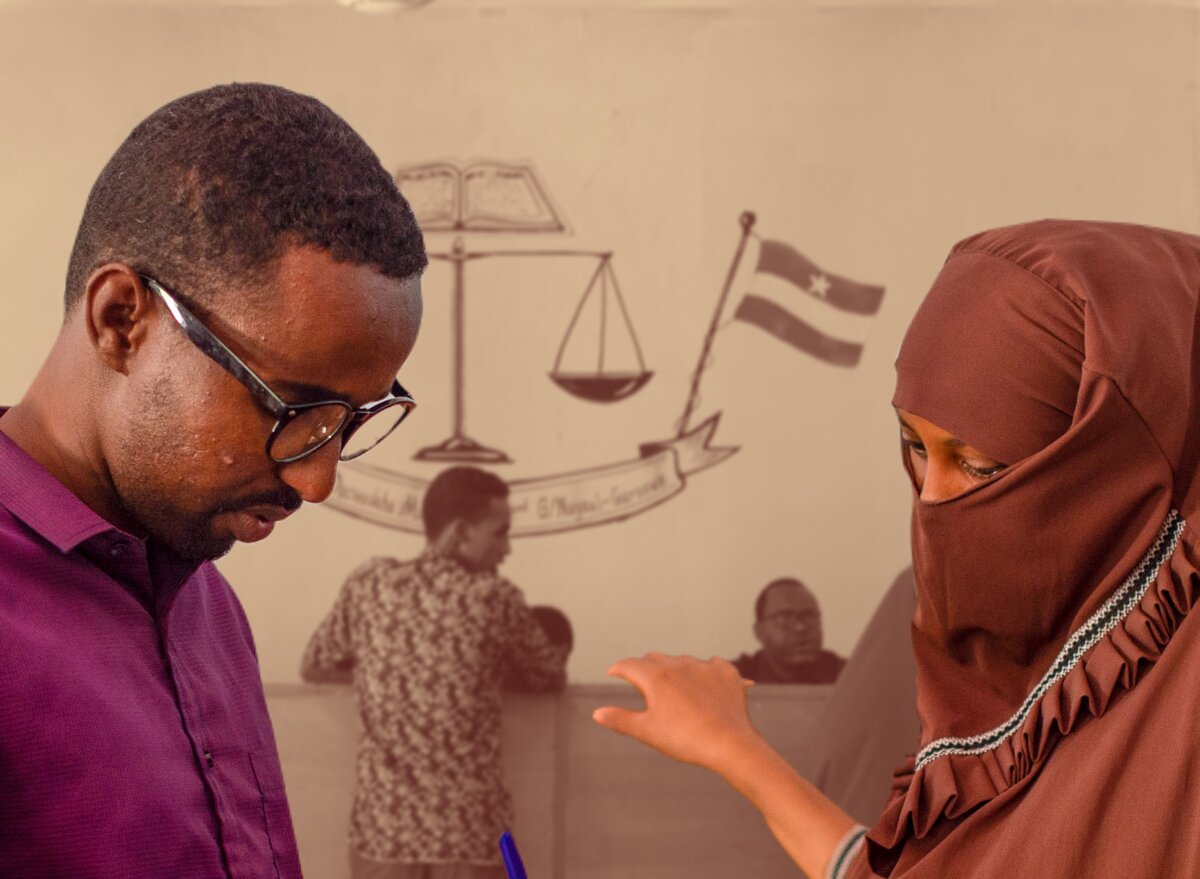 Ms. Dyfan flagged how the treatment and conditions in Somalia’s prisons fall below international standards and capital punishment remains a legal penalty. She urged the Federal Government to put a halt on all executions and to introduce a moratorium on the death penalty as a first step towards its abolition.

“Despite the enormity of these challenges,” she added, “the Government has strengthened its normative and institutional frameworks to address the promotion and protection of human rights, including in the area of rule of law and administration of justice.”

In this respect, the Independent Expert also highlighted the country’s alternative dispute resolution centres. These have been established to handle small civil cases – including family issues, land and property rights – with a view to addressing the gaps in the justice sector and improving citizens’ access to justice. 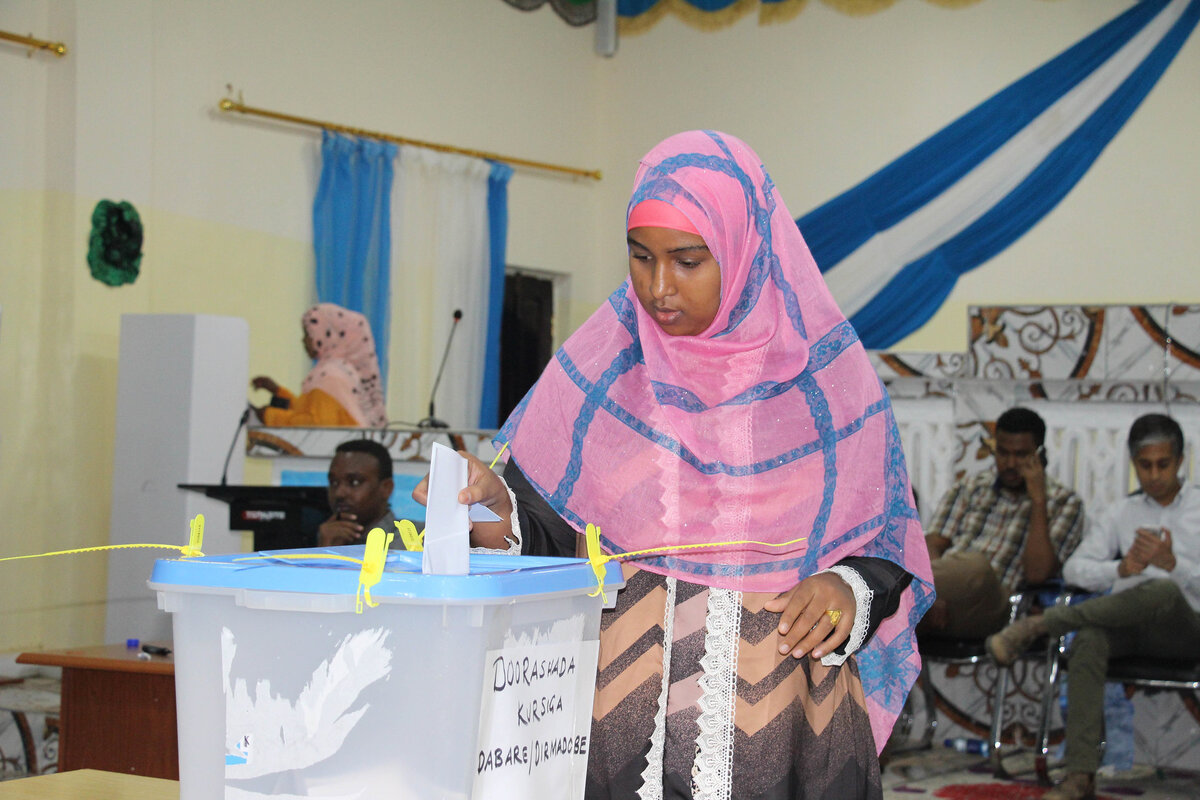 Somalia’s ongoing parliamentary elections were also flagged in the Independent Expert’s remarks. She emphasized that women's political participation is a fundamental prerequisite for gender equality and genuine democracy.

“However, from the discussions, I was informed that the 30 per cent minimum quota for women’s representation during the ongoing electoral process is not being met, suggesting that more work needs to be done now towards the next election,” Ms. Dyfan said, in addition to calling on the Federal Government to ensure that the quota for women’s participation is achieved in the remaining seats.

“I also urge the Government to ensure diversity and inclusion, which focuses on equal treatment and equal opportunity for marginalized and minority groups,” she added. 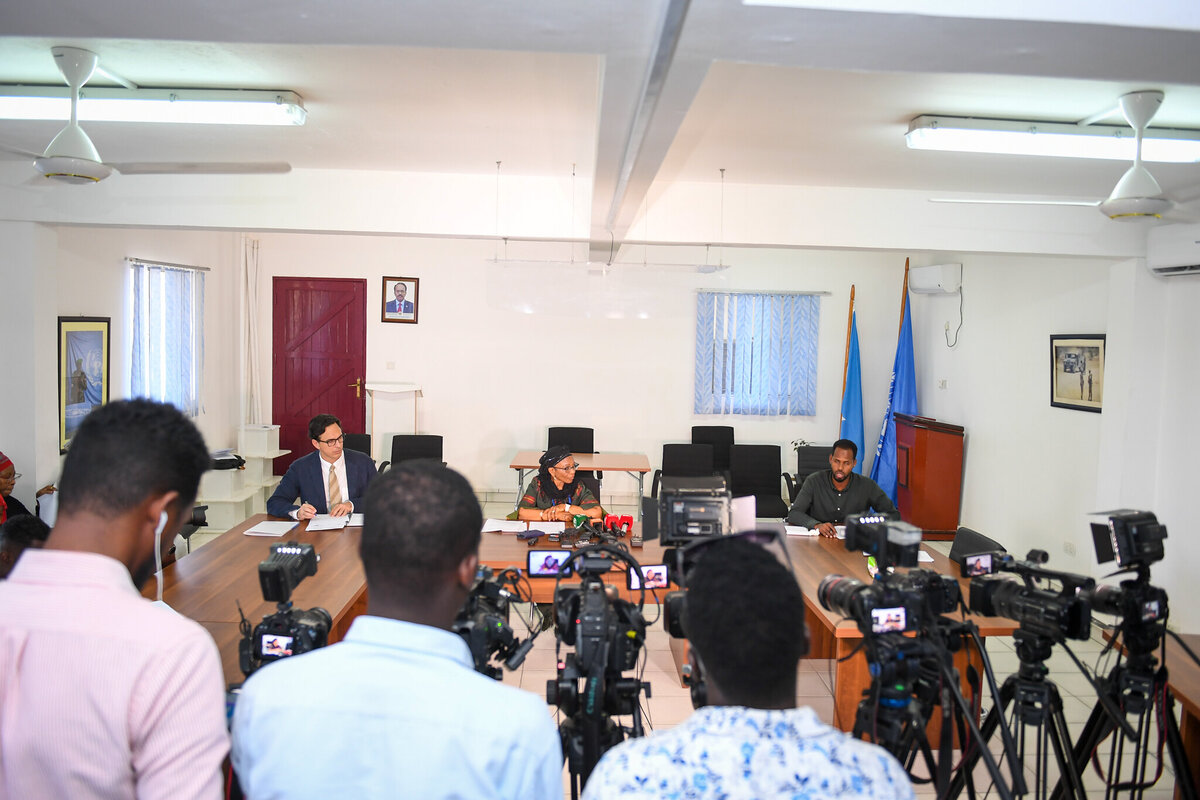 Somalia’s media sector also featured at the press conference, with the Independent Expert noting that the right to freedom of expression and opinion is essential to any functioning democracy. In this vein, she noted concerns about arbitrary arrest and detention of journalists by security personnel across the country.

“I wish to reiterate the importance of respecting the right to freedom of expression and opinion. I recommend that laws and policies, whose ambiguity have been used to criminalize journalists for their legitimate work, are revised with a view to bringing their content and execution in compliance with the principle of legality and other international human rights standards” Ms. Dyfan said.

She added that she was encouraged by the launch of a legal aid unit by the UN Educational, Scientific and Cultural Organization (UNESCO) to provide legal protection for journalists. The programme focuses on ensuring lawyers are equipped with the tools needed to promote fundamental rights related to media freedom, based on international and regional legal standards. 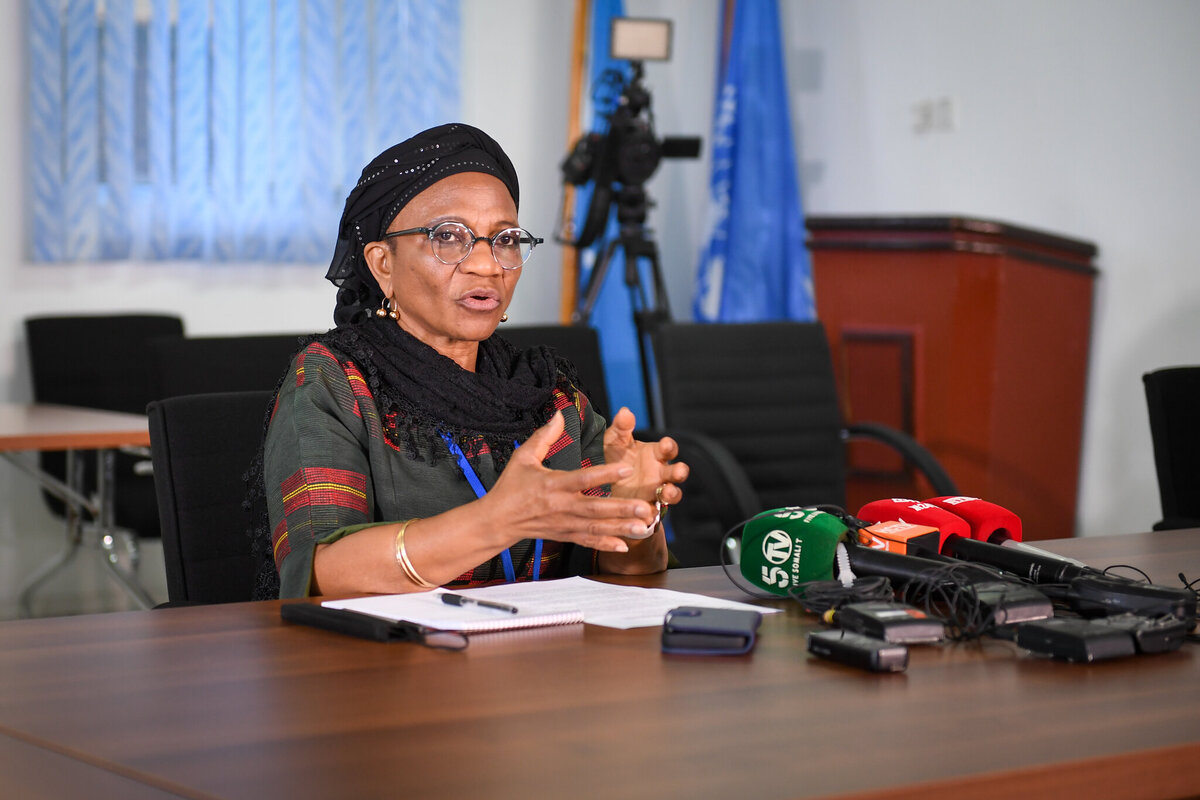 Ms. Dyfan said she will elaborate on her preliminary observations and recommendations in a comprehensive report to the UN Human Rights Council and UN General Assembly later this year.