Mogadishu/New York – The political stresses currently gripping Somalia and the need for dialogue and compromise to resolve them featured strongly in the briefing today of the United Nations envoy to the country at a meeting of the world body’s Security Council.

“Today’s meeting of the Council is timely in view of the significant developments in Somalia in recent weeks, and even days,” the UN Secretary-General’s Special Representative for Somalia, James Swan, told the Council’s virtual meeting from the Somali capital of Mogadishu.

“Growing political tensions threaten Somalia’s state-building progress and even security, unless they are resolved through dialogue and compromise in the interest of the country,” he added. “Unfortunately, instead we are seeing increased brinkmanship, pressure tactics, and tests of strength that can only heighten risks.”

The UN envoy went on to brief Council members about the failure by Somali leaders to move forward with the implementation of an electoral model agreed on by the Federal Government of Somalia (FGS) President and Federal Member State (FMS) leaders on 17 September 2020. The model had been formally endorsed by both houses of Somalia’s parliament and supported by major political actors. 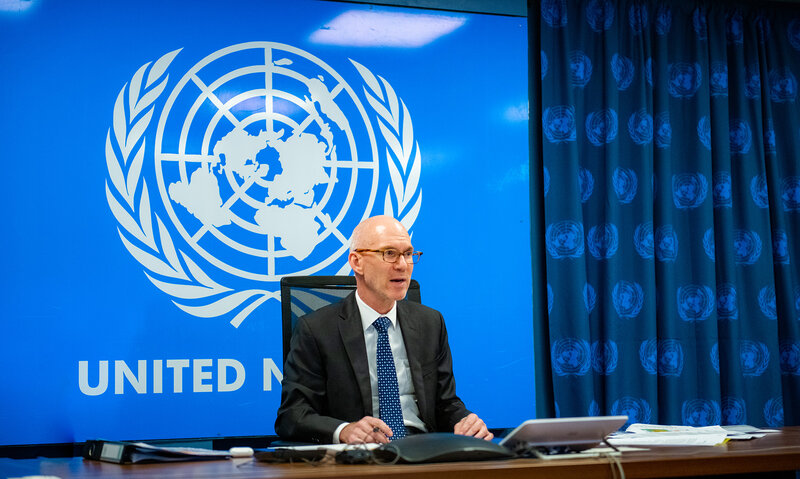 Those tensions over the model’s implementation were compounded by questions raised by some political figures over the legitimacy of the president’s mandate following expiry of his constitutional term on 8 February. The federal government has cited an October parliamentary resolution permitting the president to remain, but this has been contested.

Tensions boiled over last week. Several violent incidents were reported in Mogadishu on the morning of February 19, during protests called for by the opposition Council of Presidential Candidates. The incidents reportedly included armed exchanges between government security personnel and security teams employed by the opposition, as well government forces firing on protesters in order to disperse them.

“Public communication from key leaders has become increasingly polemical and confrontational, revealing the frustration, mistrust, and sense of grievance felt by many,” Mr. Swan noted. “Hence, this is a tense moment in Somalia, as both rhetoric and actions are escalating.”

The UN envoy went on to recap recent efforts to move forward with implementation of the 17 September electoral model.

These efforts included FGS and FMS leaders meeting in Dhusamareb, the capital of the northern FMS of Galmudug from 2-6 February. Progress was made but there was no final agreement on contentious issues – with these including the composition of the electoral management bodies, the modalities for selecting representatives from Somaliland in federal institutions, and the management of elections in the Gedo region in the FMS of Jubaland. 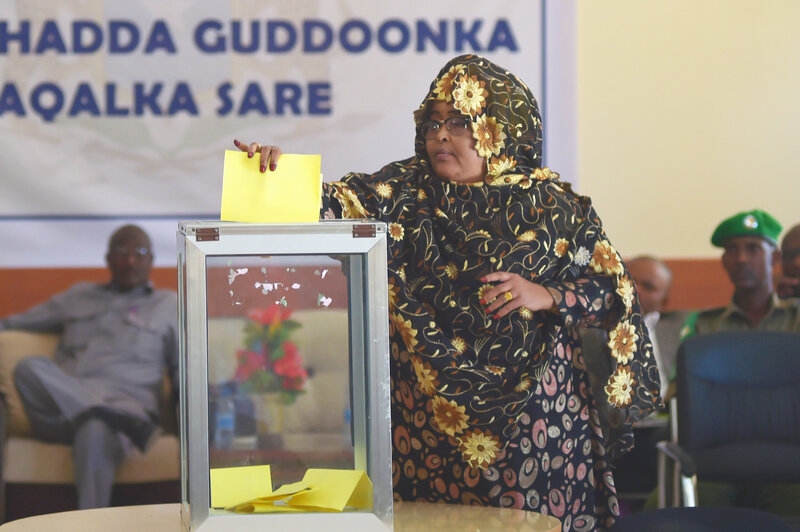 Subsequently, the Federal Government convened a technical committee of senior FGS and FMS ministers, which met in the city of Baidoa in South West State, from 15-16 February. The committee announced that it had arrived at technical solutions for the contentious issues, it reaffirmed commitment to the 30 per cent women’s quota in the electoral process, and it noted the need for a revised, but short, new electoral calendar.

On the basis of the committee’s work, the Federal Government called for a summit of FGS and FMS leaders in Mogadishu from 18-19 February. However, events of recent days disrupted these plans, and the leaders of Jubaland and Puntland have declined to join the FGS and other FMS leaders for a summit.

“Along with other partners, we continue efforts to understand and address the concerns of these two leaders so that they may join the process to advance the 17 September agreement,” Mr. Swan said.

In his remarks, the UN Special Representative noted how he has worked with other regional and international partners to engage FGS and FMS leaders, key political figures, and civil society representatives to urge a way forward based on dialogue and compromise in the national interest.

The past weeks have seen international partners communicate that there should be no partial elections, no parallel processes, and no unilateral actions by Somali leaders – essentially, no approaches that could lead to greater division and risk of confrontation. 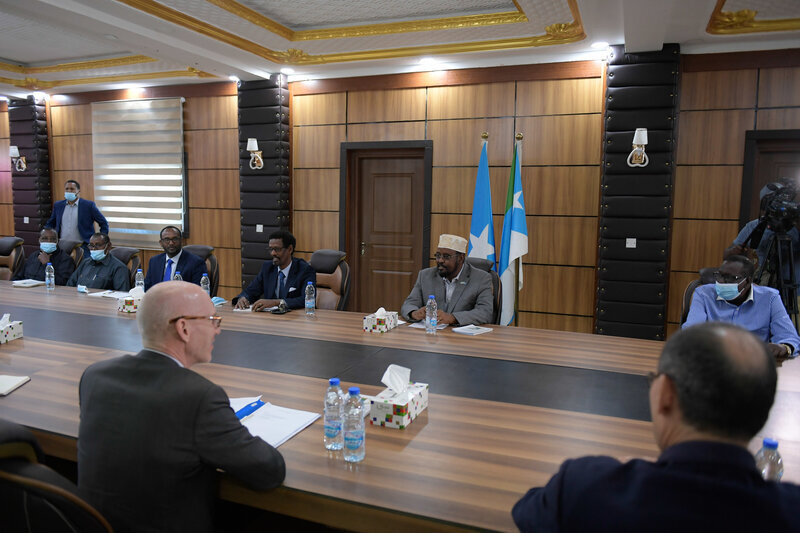 “Let me be clear: I remain convinced that the consensus-based 17 September model offers the best available option to proceed quickly to an electoral process for selection of members of parliament, senators and the president,” Mr. Swan said. “This would minimize further delays in Somalia’s four-year transition cycle, ensure that the chosen national leaders have a clear mandate and are widely accepted, and allow the country to turn its attention from the current political competition to other vital national priorities in the interest of the people.”

“To move forward on this path, it is imperative that Somali leaders use all available channels for dialogue and consultation, including contacts with a wide range of political stakeholders and influential civil society figures so that their important voices are heard,” he continued. “To build trust in the process, it will also be necessary to ensure that the management and oversight of the agreed electoral process are as impartial and independent as possible, and subject to regular monitoring.”

The UN Special Representative also highlighted how core political freedoms – including those of speech, assembly, organization, and access to media – must be ensured, while communication among the main actors, and especially the FGS and FMS leaders, must continue on a regular basis to minimize future misunderstandings and resolve problems before they escalate.

“The United Nations and other international partners stand ready to walk with Somalis on this path forward, through providing good offices or a forum for dialogue, offering technical assistance to the process, and monitoring implementation of commitments, should the Somali parties find these contributions useful,” Mr. Swan said.

In his briefing, the UN envoy noted how the longer national political attention continued to focus on the current electoral impasse, the greater the negative impact on other priorities, such as advancing security and economic reforms, finalising the constitution,  and pursuing the development agenda.

On the security front, Mr. Swan flagged that Al-Shabaab remains the primary threat to Somalia’s security.  The terrorist group has increased its operational tempo since August 2020, and the beginning of 2021 has seen a new peak in the number of attacks targeting government officials and key figures in Somali society.

Away from the battlefront, preparatory work has been completed to advance the transition of prime responsibility for the country’s security to its own forces in 2021, as requested by the Security Council.

On the humanitarian front, the UN Special Representative stated that the situation remained dire. The number of people in need of assistance is expected to increase from 5.2 million last year to an estimated 5.9 million in 2021, as a result of increasing food insecurity, climatic disasters, the worst desert locust infestation in decades. 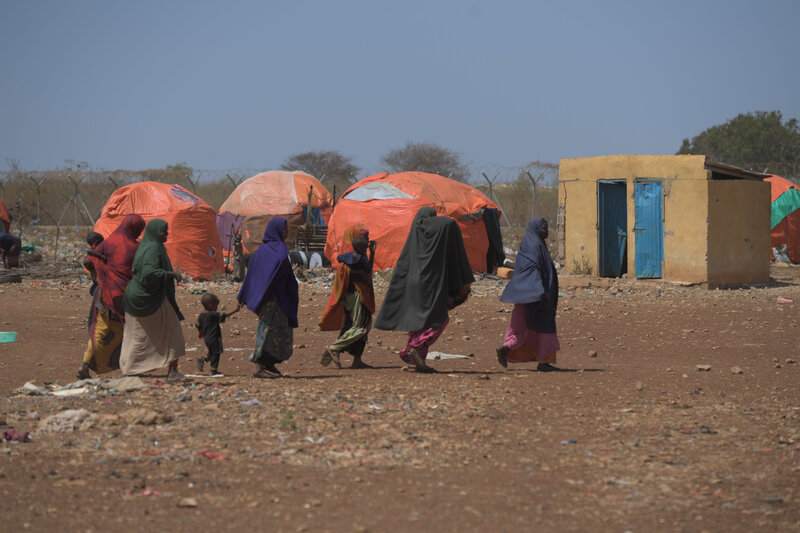 “While we are deeply grateful for the generous donor contributions in 2020, the humanitarian needs will continue to be high and we again appeal for donor support to the Humanitarian Response Plan for 2021, for which $1.09 billion is requested,” Mr. Swan said. “The UN family also continues to work with Somali authorities and partners on longer-term solutions to these recurrent humanitarian shocks.”

The COVID-19 pandemic has also impacted the country’s humanitarian situation.

“Unfortunately, in recent weeks we have seen a renewed spike in COVID cases in Somalia, which will only exacerbate the already difficult humanitarian situation,” Mr. Swan said.

Somalia is eligible for the COVAX vaccine programme, and the United Nations, in close collaboration with the Somali authorities, is working to ensure that the first batch of vaccines is effectively distributed to front line workers and vulnerable groups across the country.

The UN envoy concluded his remarks with a renewed call on Somalia’s political leaders to pull back from confrontation and avoid risky winner-take-all tactics.

“Instead, this is a time to pursue dialogue and compromise to reach an inclusive and credible political agreement to hold elections as soon as possible based on the 17 September model,” he said. 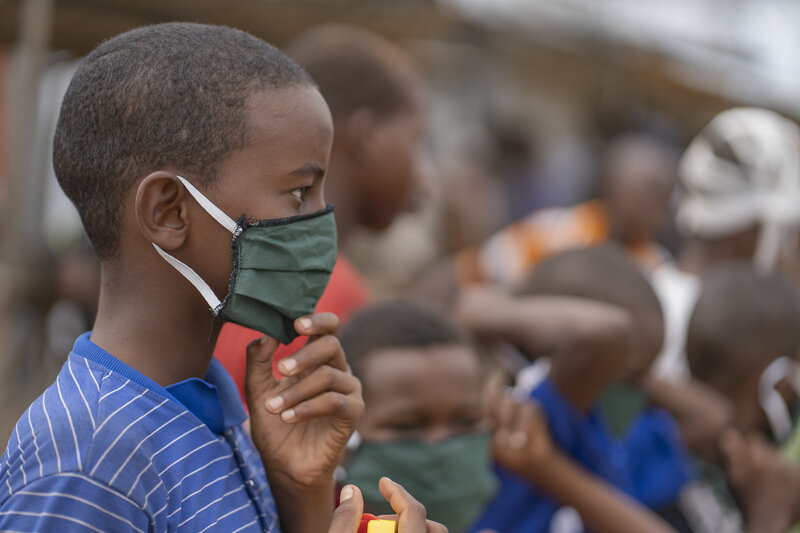 * The full remarks of the UN Special Representative can be read here.