Mogadishu – The importance of improving security and the rule of law for the long-term future of Somalia was the focus of a high-level meeting today which brought together top officials from the country’s Federal Government and Federal Member States (FMSs), the United Nations, the African Union Mission in Somalia (AMISOM) and other international partners.

“Effective governance of the security sector is not only crucial for stability, but also for the long-term consolidation of democratization and sustainable economic and social development. This is the goal of the Federal Government of Somalia. This is the aspiration of the Somali people,” said Somalia’s Prime Minister Mohamed H. Roble, at a meeting of the Security and Justice Committee, which he chaired, in the capital, Mogadishu. 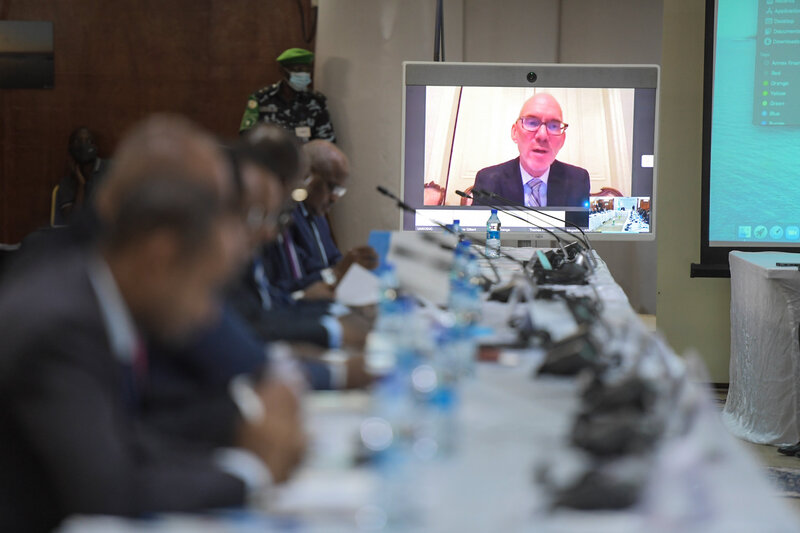 Established in 2017, the Committee provides a platform for the Federal Government of Somalia (FGS), FMSs and international partners to work together and further improve security and justice. It serves as a strategic decision-making body designed to coordinate progress on various strands of activity in security and justice as outlined in the Mutual Accountability Framework (MAF), which was agreed at the Somali Partnership Forum in October 2019.

The MAF details the joint commitments of Somalia and its international partners in the areas of political reforms, security reforms, economic development and recovery and humanitarian assistance, as the country rebuilds after decades of armed conflict and climate-related shocks.

A year of transition

It is anticipated that 2021 will be a year of change for Somalia’s security, with a transition away from AMISOM to the Somali government and security authorities taking lead responsibility for the country’s security.

In his remarks to the event, delivered via video-conference, the UN Secretary-General’s Special Representative for Somalia, James Swan, highlighted the need for strong coordination and support among all involved.

“It is important, if we are to achieve gains in security, that we take a comprehensive approach and collective action. Comprehensive in the sense that it is not just military, but it's police, it’s rule law and justice, it's stabilization – both short-term and longer-term – and it is preventing and countering violent extremism and, overtime, it is about state-building as well,” Mr. Swan said.

The UN envoy also called for observance of accountability in the delivery of support by all the parties involved in Somalia’s security and justice sectors, in line with commitments made under the MAF. 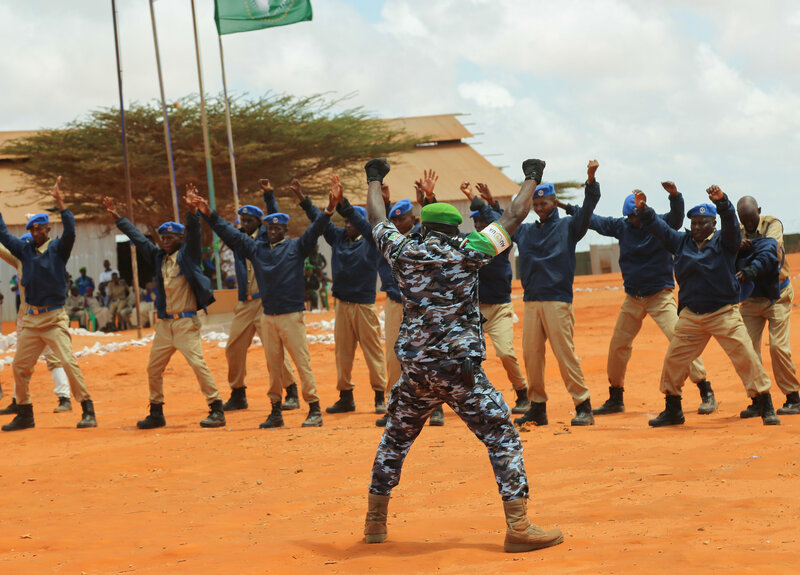 A communique issued by the Security and Justice Committee after the gathering covered a range of topics, including participants’ recognition of the efforts and sacrifices made by Somalia’s security forces and AMISOM peacekeepers in their fight against Al-Shabaab, and their welcoming of progress made in securing locations in the Lower Shabelle region.

In addition, the participants also called for greater joint, inclusive, and integrated planning for subsequent operations between rule of law, stabilisation and security stakeholders.

On the security transition in 2021, the Committee welcomed progress made to date on Somalia’s ongoing revision of the Somali Transition Plan (STP), a guiding strategic document for transferring security responsibilities from AMISOM to the Somali security forces.

“International partners noted the importance of political commitment and coordination by FGS and FMS leaders, as called for in Somalia’s National Security Architecture, to ensure political will and buy-in to deliver the STP across the security, rule of law, development and governance sectors,” the communique continued.

The Committee said that stakeholders stressed the need for FGS and FMS coordination, and emphasis on force generation and organization, particularly for military, federal police and state police services.

The Committee also welcomed greater FGS and FMS cooperation and international partner coordination to effectively train, organize, and equip the Somali security forces, and noted the urgent need to agree a politically-inclusive model for the generation of hold forces required to allow transition.

In this regard, it was agreed that a Force Generation Conference would be held by the end of January 2021 to consider military, federal police and state police services and resources required, including agreed approaches to developing counter-improvised explosive devices and logistics capabilities.

The Committee plans to meet on quarterly basis, with the next meeting in March 2021.