Somalia - The latest round of public consultations on Somalia’s constitutional review process came to an end this week, with members of the public providing more of their views on what should go into the final document to safeguard their rights on a range of issues.

“We need special treatment for persons with disabilities, and the most important issue is education. Education will help to develop everyone’s lives. The visually impaired and physically disabled people need special institutions to address the challenges they face. These should be included in the constitution,” said Ali Sheikh Rashid.

The 73-year-old, visually-impaired father-of-six added that he hopes the constitution, once finalized, will guarantee the rights of all Somalis and particularly ensure equal access to opportunities for persons with disabilities.

Mr. Rashid was among 50 people who attended a three-day public outreach session on the constitutional review process in Jowhar, the administrative capital of Hirshabelle.

In addition to Hirshabelle, similar consultations were held in two other Federal Member States, Galmudug and South West State. They were carried out by Somalia’s federal Ministry of Constitutional Affairs (MoCA) as part of its efforts to gather views from stakeholders on the new constitution.

The consultations, supported by the United Nations Assistance Mission in Somalia (UNSOM), are part of MoCA’s ongoing outreach efforts to garner the views of a wide range of Somalis around the country to feed into the review process currently underway. Since 2012, Somalia has had a Provisional Constitution. 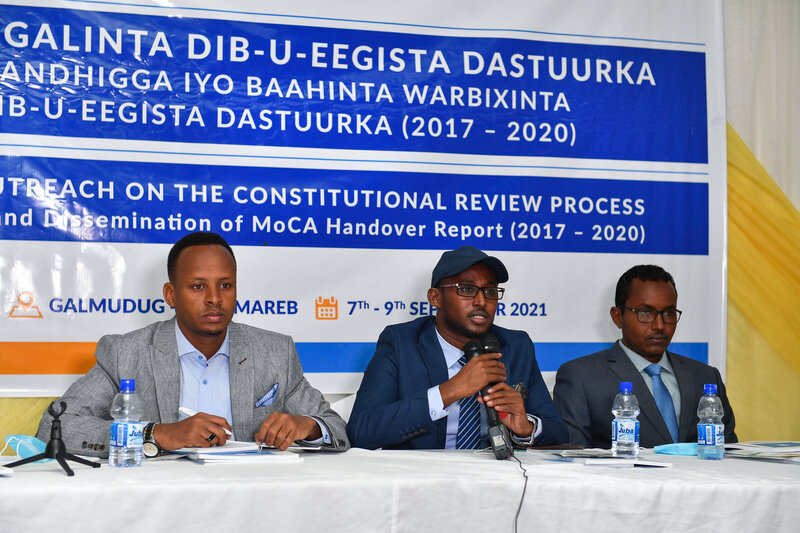 In addition to gathering the views of the public, MoCA officials also presented progress made so far, challenges encountered and the way forward.

“The public participation and response have been overwhelming, and participants were asking us to extend the public engagement meetings to district and village levels. From our assessment, more than seventy per cent of the public today have a better understanding of the constitution compared to four years ago,” said MoCA’s Director of Public Outreach, Abdikani Ali Adan.

“We have gathered views, answered questions, and shared the information we have been collecting for the last four years,” he added. “We hope this constitution will be fruitful for the people and the country.”

The topics covered in the three consultation sessions covered the whole gamut of issues and concerns affecting Somali society. As well as the rights of persons with disabilities, other topics included justice, security, fair and equal representation, power-sharing, the rights of women and youth, resource-sharing and the status of Mogadishu. 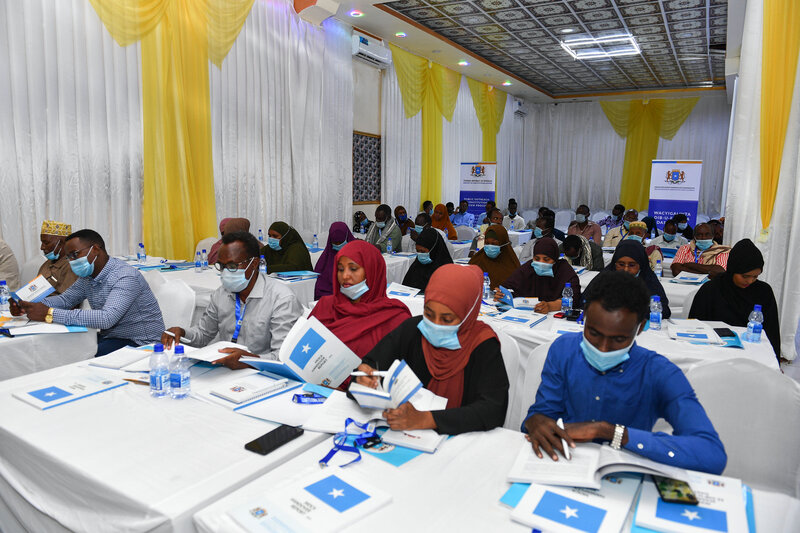 A youth representative at the Dhusamareb consultations in Galmudug, Bashir Mohammed Salat, said it was vital to ensure youth’s views were included in the review process, especially in light of the fact that they account for such a large percentage of the Somali population.

“To guarantee the rights of youth, we want a provision in the Constitution stipulating the age bracket of youth and when they are allowed to seek leadership positions. Currently, there is a requirement that a person should not be below 30 years to hold a leadership position – we want the age lowered to 20 years to give a chance to young aspiring leaders,” said Mr. Salat.

The role of women and ensuring their rights also figured prominently – both in taking part in the review process and within the final document.

“To address inequalities, women need to participate in the constitutional review process and political campaigns, and express their views and recommendations to achieve the 30 per cent quota [for women’s representation in parliament]. We can achieve this if women campaign for education and political participation. The constitutional review focuses on our self-determination as a nation and the development of women,” said Hawo Omar Abdirahman, a civil society representative in Baidoa. 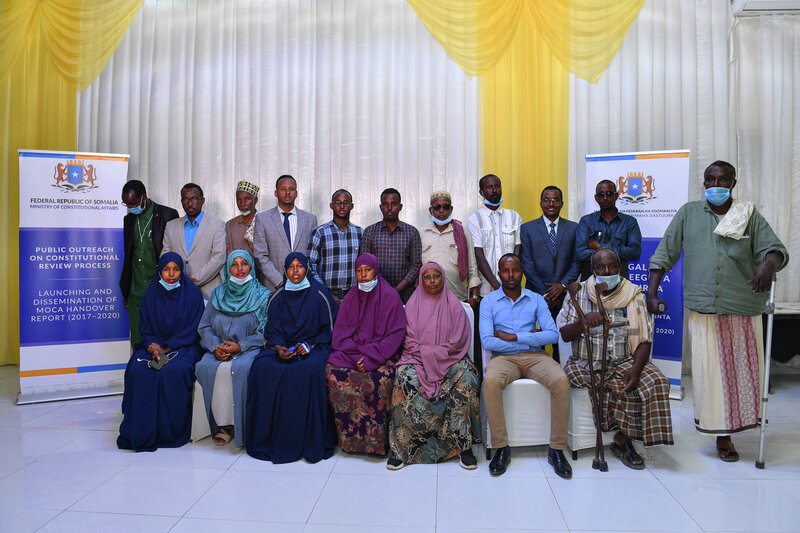 Qardho, 25 October 2021 – Representatives from the United Nations today visited Qardho in a show of solidarity with the people of Puntland as citizens participated in a ‘one person, one vote’ electoral process in three districts of the Federal Member State.