Somali women are transforming their country

Somali women are transforming their country

After decades of war, which left Somalia languishing without a central government, Somali women are taking charge of the country’s destiny by improving the lives of hundreds of people.

Through their initiatives—small and big—as professionals, businesswomen, politicians or activists they are touching and positively changing the lives of the population that has faced conflict, poverty and drought for years.  This photo essay, which is part of a series, celebrates some of the many Somali women who have overcome obstacles to the benefit of their country and society.

Thirty-one-year-old Sumaya Elmi Duhulow, an obstetrician and gynaecologist, is one of those transforming the lives of many women in need of reproductive health care services.

Dr. Sumaya is the brains behind one of the country’s foremost and exclusive reproductive health facilities. Located in Mogadishu, Daryeel Dumar Hospital opened its doors to the public in August 2017 and has managed to save the lives of many women so far.

The hospital offers maternity, pre- and post-natal care, and serves as a one-stop facility for female patients. It is already fulfilling the need for an all-female hospital, which was long sought by women. 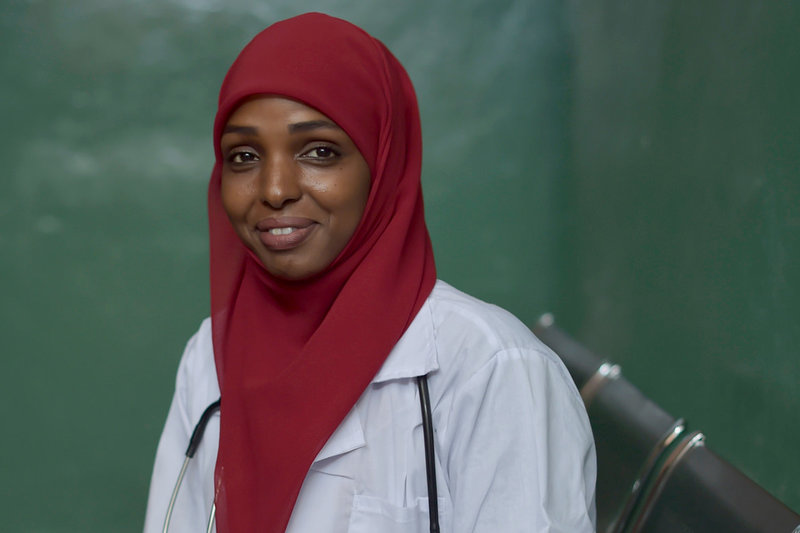 “We knew traditionally, women would prefer to be attended to by female doctors, to preserve their modesty, especially during delivery,” says Dr. Sumaya, who is also a maternal healthcare advocate.

Since becoming operational, the hospital has registered a steady increase in female patients, especially among pregnant women, and carries out an average of 14 safe deliveries per month. Dr. Sumaya says the hospital has contributed to the prevention of maternal deaths.

Hundreds of kilometres from the country’s capital, in Belet Weyne, Magaalo Muhumed Osman is touching many lives through her peace-building programmes in HirShabelle state.

In 2012, she founded an organisation called Salbarwaqo, which in Somali means “rising from the bottom,” to cater for the growing needs of her community. She has become one of the most visible peace activists in the state through her work on reconciliation and peace through advocacy and promotion of dialogue.

Magaalo’s pursuit of peace stems from a desire to live in a world free of conflict. From her office, she works as a civil rights advocate to protect the rights of vulnerable populations, among them women, children and internally displaced persons. 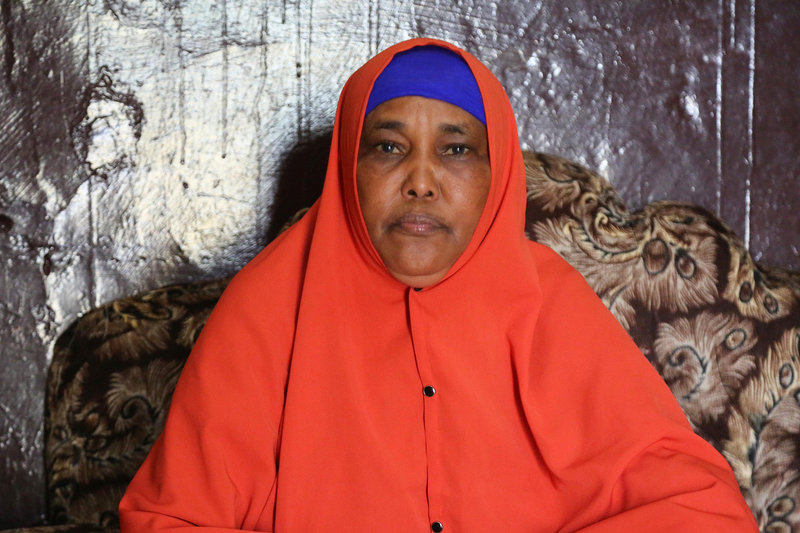 “I have suffered so much during the war, I lost close relatives and friends. Our property was destroyed and we became displaced in our own country,” recalls the activist.

Those devastating experiences influenced Magaalo to initiate programmes geared towards mitigating the effects of conflict and relieving tension among communities. Her organisation focuses on the improvement of the livelihoods of communities in HirShabelle, the delivery of education services and the reconciliation of warring factions.

Back in the Somali capital, Zahra Abdikarim Ibrahim has broken the glass ceiling by establishing one of the most successful Information Technology (IT) companies in Somalia, in what is known to be a very competitive investment environment.

She founded her own business, the Somali Software and Technology Company, in 2006, starting off with just one computer in a rented cubicle.

To succeed in her quest, Zahra had to overcome numerous challenges, from insecurity and negativity towards such an ambitious project, to the difficulties of juggling a career and family life. 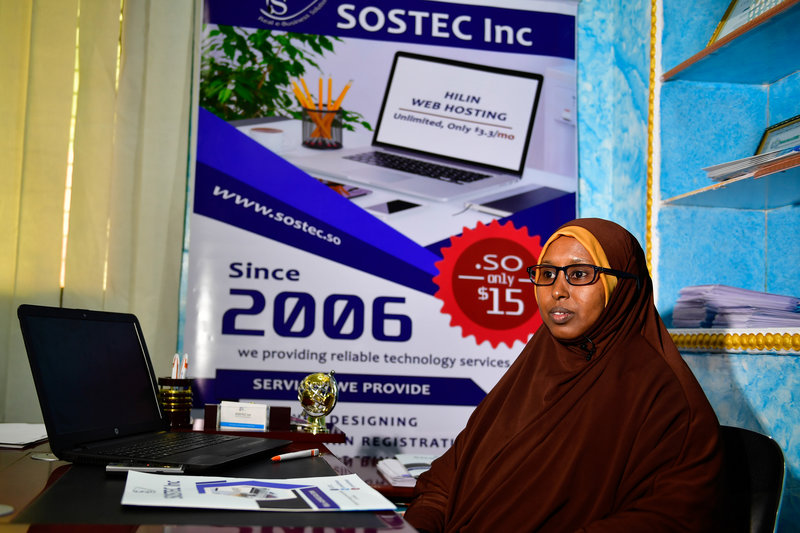 “I knew from the start that I was venturing into a male-dominated industry, but that did not stop me from investing in the sector,” she recalls.

Over the years, Zahra has grown her company into one of the largest technology service providers in Somalia. The company currently employs 20 young professionals and offers an array of IT services such as web hosting and design, live streaming, database and IT training. Zahra’s business is not only for profit, she is also working closely with schools and colleges to identify and nurture future IT gurus.

In Puntland state, Fatima Dirie Nur is a woman with vision. An activist and campaigner, Fatima spares no effort in advocating against rape, child marriage and female genital mutilation.

“In my childhood, I was forced to undergo female genital mutilation, and don’t want other girls to go through the same pain. Enough is enough,” says Fatima, who chairs the Samofal Development Organisation. 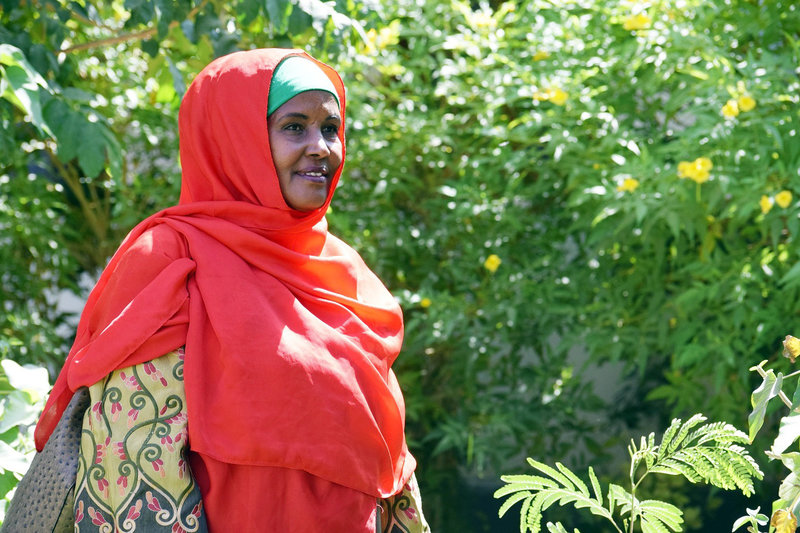 “It is a crime to allow girls to bleed to death, or later on maybe even die while giving birth, because of this evil practice,” she adds.

According to Fatima, the organisation’s focus of attention changed over time after a rise in violence against women in Puntland.

“We used to focus on women and youth development, but in 2006 seven cases of rape were reported in Puntland’s main cities,” recalls Fatima. “This brutality had to stop, and I could not be silent about such crimes against women.”

Fatima notes that women and girls who are internally displaced are among the most vulnerable, mainly because of the precarious living conditions in the camps. She adds that, no matter who the perpetrators are, such acts of violence should not be tolerated.

“Most camps are in isolated areas, lacking proper shelter, access to water and electricity,” explains Fatima.“When women and girls must walk long distances to fetch water, they can easily become a target.”

Despite the challenges, she has built strong partnerships with local leaders and other organisations to end violence against women and girls. But it is not just those who have founded organisations or companies who are influencing the society in Somalia. Women who have excelled in their careers like Asli Hassan Abade, the country’s first female pilot, are also making a positive change.

Asli left Somalia in the 1970s to train as a pilot in Italy and later moved to the United States. She returned to her native land to join the Somali Air Force and started flying planes in 1976.

After 10 years of service, Asli left the country again after falling in love with an American aircraft engineer. A licensed pilot with the Federal Aviation Administration (FAA), Asli flies at least twice a year as required by FAA regulations. 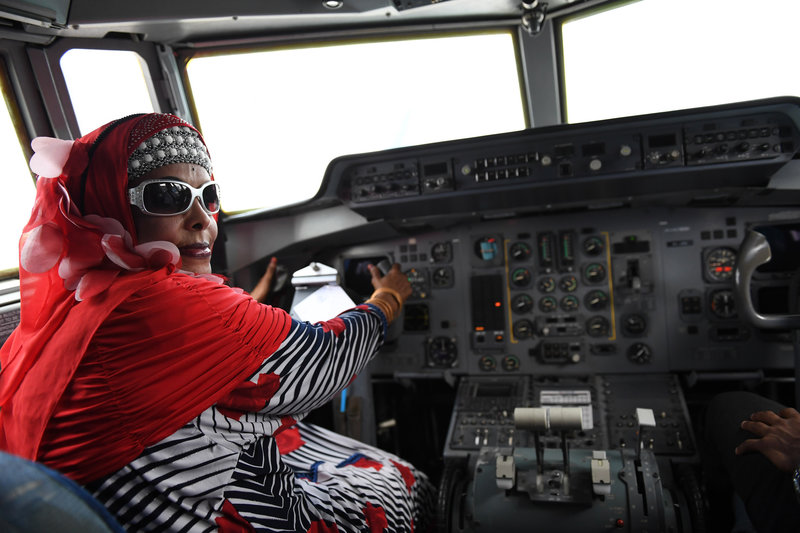 “I am also a flight instructor and can offer pilot training courses free of charge as a volunteer. As a captain, I fly an Airbus,” says the pilot who grew up in Mogadishu.

Asli is eager to impart her skills and experience to young Somalis, which she sees as part of her contribution to the country’s stabilisation.

“We had our time, our generation enjoyed its youth. Now we need to train and mentor today’s youth because the future lies with them,” she notes.

Another professional inspiring the community in Somalia is the journalist Leyla Osman Mohamud.

Leyla witnessed the suffering of innocent civilians as a result of a senseless, decades-long civil war, and that experience prompted her to become a radio correspondent.

“I always wanted to be part of the change for peace so that future generations can live a life better than me,” says the young journalist, who has cheated death on numerous occasions while on assignment to bring out the true story of Somalia. 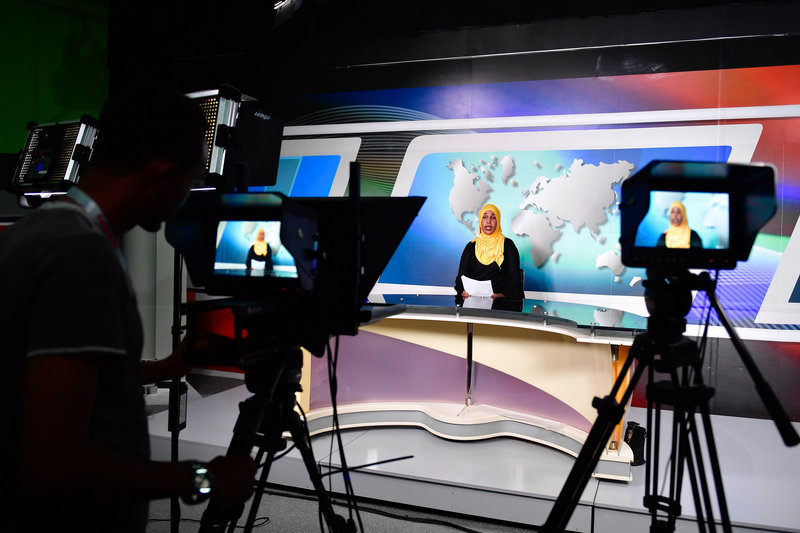 “There were times when I got caught up in crossfire while reporting. One time, my colleagues were killed right in front of me. It was a horrifying experience that left me shattered,” Leyla recalls.

In another incident, the young broadcast journalist escaped death by a whisker when an artillery shell smashed into a building from where she was reporting live in Mogadishu. “Many people listening to the live report thought I was dead,” she says.

These two experiences could have induced Leyla to quit her profession, but she decided to stay on and use the power of media to advocate for peace. Now a producer, presenter and newscaster at Goobjoog, a leading multi-media news organisation, Leyla is determined to fight the root causes of conflict and war in her country.

“Somalia has experienced conflict for so long, and media must fully embrace its role in building peace,” she says.