Garowe - State-building processes and collaboration with Somalia’s new leadership, as well as the support of the United Nations, were among the topics discussed today in a meeting of the world body’s top official for the country and the leader of its northern Federal Member State (FMS) of Puntland.

“In our meeting today with President [Said Abdullahi] Deni and members of his cabinet, we discussed a range of local and national issues of importance. President Deni and I exchanged ideas on how best to advance Somalia’s state-building processes now that a new Federal Government is in place,” said the UN Secretary-General’s Special Representative for Somalia, James Swan. 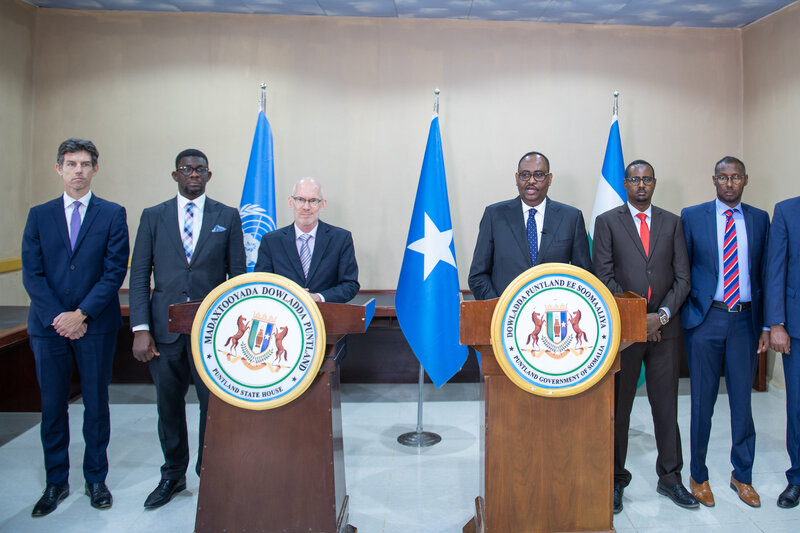 “We discussed the importance of a deep collaboration between the Federal Government and Federal Member States, to lead progress on national priorities,” Mr. Swan added.

The UN Special Representative was speaking at a joint media encounter with President Deni in the FMS’ capital, Garowe.

The media remarks came at the tail-end of a two-day visit to Puntland, where the UN Special Representative met with its leadership and other bodies – the Puntland Research and Development Center (PDRC) and the Transitional Puntland Electoral Commission (TPEC) – as well as representatives from UN agencies working in the Federal Member State. 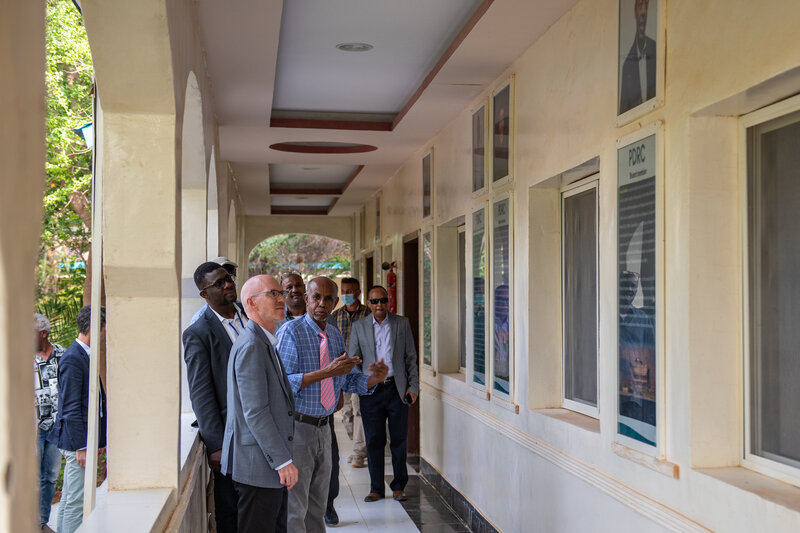 The topic of Puntland’s democratization process was also discussed. In October last year, the Federal Member State completed the first phase of local elections in the districts of Eyl, Ufeyn and Qardho.

“President Deni reiterated his firm commitment to Puntland’s process of democratization… He briefed me on the Transitional Puntland Electoral Commission’s initial plans to roll out the process to other districts. I underlined the United Nations’ readiness to support,” Mr. Swan said, adding that a visiting UN technical team was meeting with TPEC today. 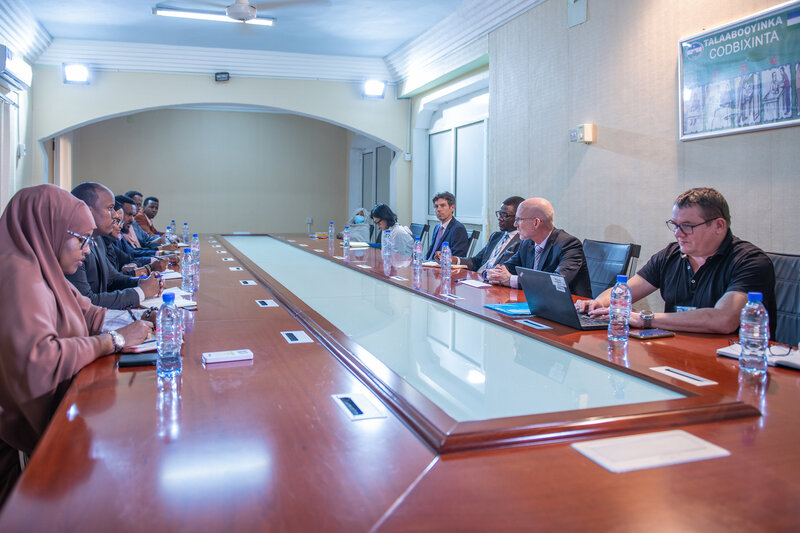 He also commended the Federal Member State’s people and government for their continued commitment for the holding of direct local elections, as enshrined in Puntland’s Constitution.

“Your efforts here we hope will also inspire and support the broader process of democratization across Somalia, at the federal and local levels,” the UN official said.

Last week’s armed clash at the airport of Bosaso, located in northern Puntland and which reportedly left several dozen people dead and wounded, was also noted.

“On security, I expressed my concern about last week’s troubling incident at the Bosaso airport. President Deni assured me of the government’s commitment and active efforts to ensure continued stability and promote reconciliation,” Mr. Swan said. 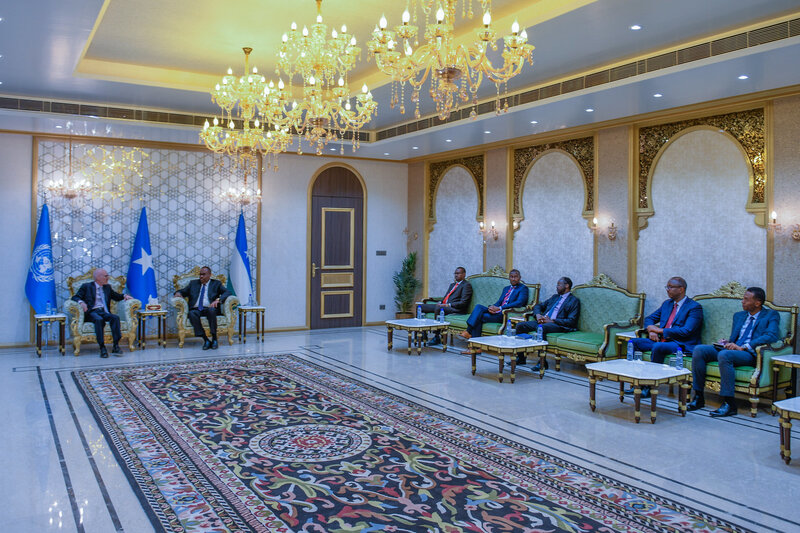 The issue of Somalia’s worsening drought featured heavily in the UN official’s media remarks. The country is facing a fourth consecutive failed rainy season and a heightened risk of famine – it is currently believed that there will be famine in eight areas by September.

“The ongoing drought is a crisis that is causing need and suffering across Somalia and the region. The scale of the challenge is immense, although it is clear to me from our discussions that the Puntland Government and the humanitarian community are doing their utmost to respond. The UN agencies are already responding through urgent programmes of cash transfer, nutrition assistance, water and sanitation support and health services,” Mr. Swan said. 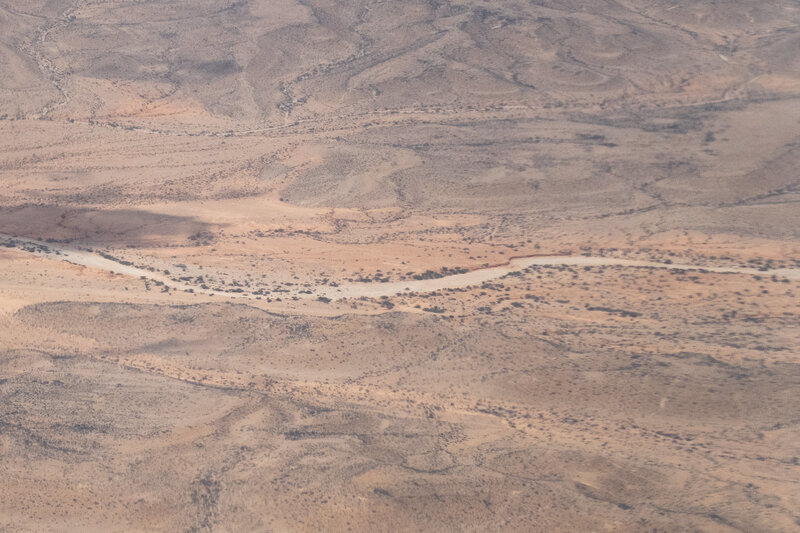 According to the UN Office for the Coordination of Humanitarian Affairs (OCHA), the current drought is unprecedented and has affected seven million people and displaced more than 800,000 in search of food, water and pasture. Some 7.1 million people – 45 per cent of the population – are acutely food insecure, while an estimated 1.5 million children under age five face acute malnutrition. At least 200 children have died of malnutrition and disease since January.

“The situation is dire however, and we all know that more needs to be done. To this end the United Nations continues to advocate with the donor community for the mobilization of more resources to meet this challenge,” Mr. Swan said.

While nearly four million people have received assistance since January, the Humanitarian Response Plan for Somalia, launched in late 2021, seeks $1.46 billion to help 5.5 million people but is only 30 per cent funded so far. 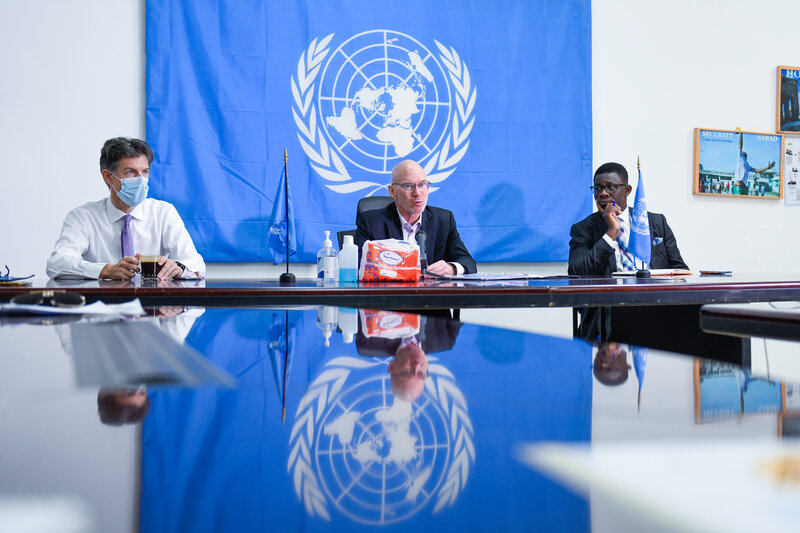 Accompanied by the UN Population Fund’s (UNFPA) Representative for Somalia, Adeniyi Ojuolape, Mr. Swan’s visit to Puntland was part of his regular outreach to the country’s Federal Member States.

While in Garowe, Mr. Swan and Mr. Ojuolape also met with the local heads of offices of the World Food Programme (WFP), the Office of the UN High Commissioner for Refugees (UNHCR), the UN Children’s Fund (UNICEF), the UN Food and Agriculture Organisation (FAO), the UN Development Programme (UNDP) and UNFPA. 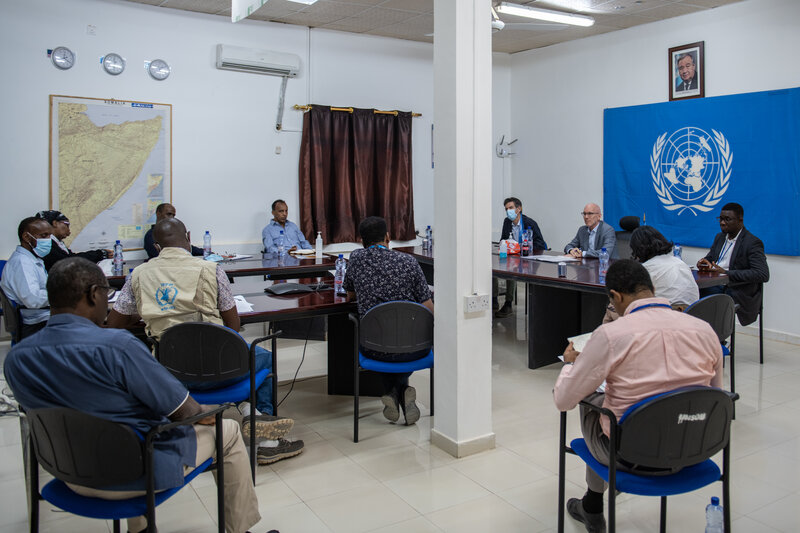