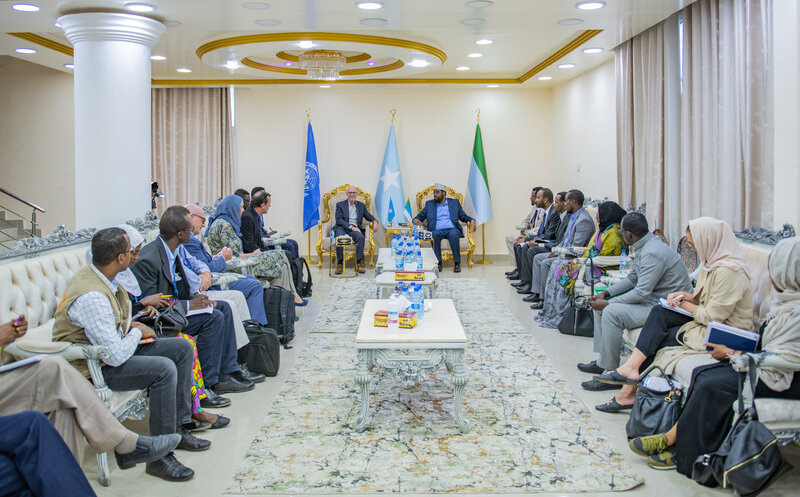 “This visit is one of several we are making to the Federal Member States to focus attention on the prolonged drought, which is the worst in four decades and has devastated and ravaged many parts of the country. Here, in Jubaland, the drought has led to emergency levels of food insecurity,” the Special Representative said addressing the press in the state’s capital, Kismayo. 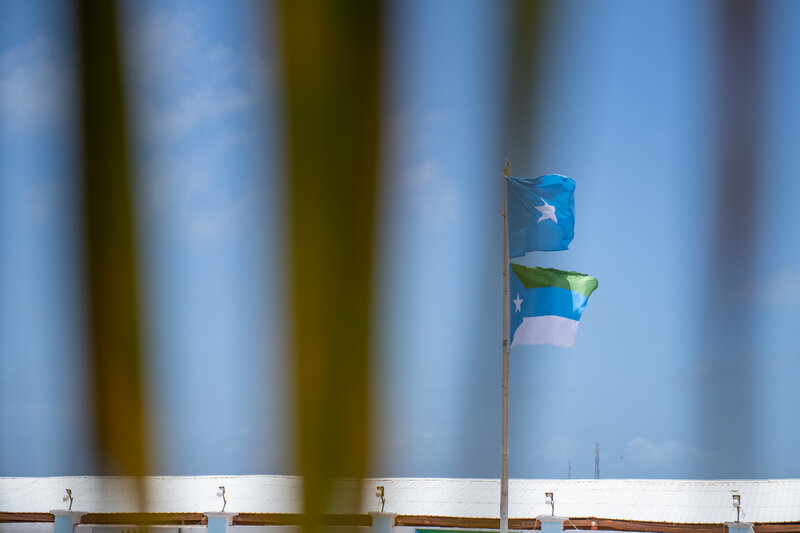 Mr. Swan spoke about the UN’s commitment to continue advocating for more international donor support to prevent famine in Somalia adding that in its humanitarian actions the UN family is working side-by-side with local humanitarian partners.

“We urge federal and state officials in Somalia to continue to collaborate in addressing severe water shortages and drought conditions and to make further progress on security, and governance to respond to the needs of the people,” the UN official added. 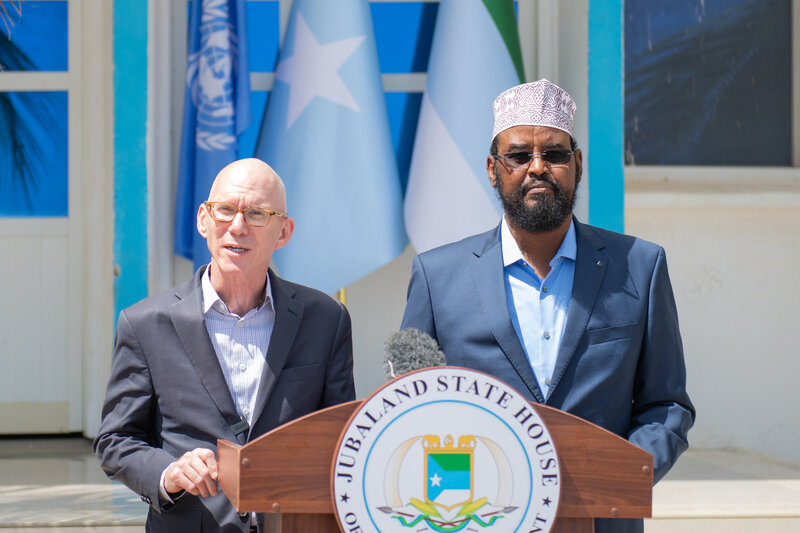 According to the latest report of the UN Office for the Coordination of Humanitarian Affairs (OCHA), about 7.8 million Somalis have been affected by the drought, with more than 1 million displaced by drought and searching for food, water, pasture and livelihoods. 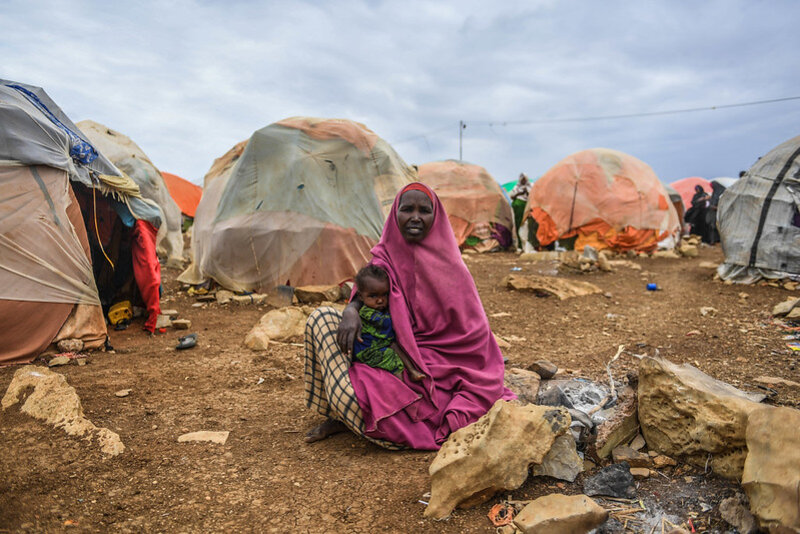 This year’s Humanitarian Response Plan for Somalia seeks around $1.5 billion to meet the country’s most critical humanitarian needs. By the end of August, 65 per cent of that had been received. However, critical sectors remain underfunded, and needs are growing.

“Beyond the issue of the drought response, the United Nations stands ready to support the Jubaland administration in the formation of district councils, and in advancing reconciliation within Jubaland state,” said Mr. Swan 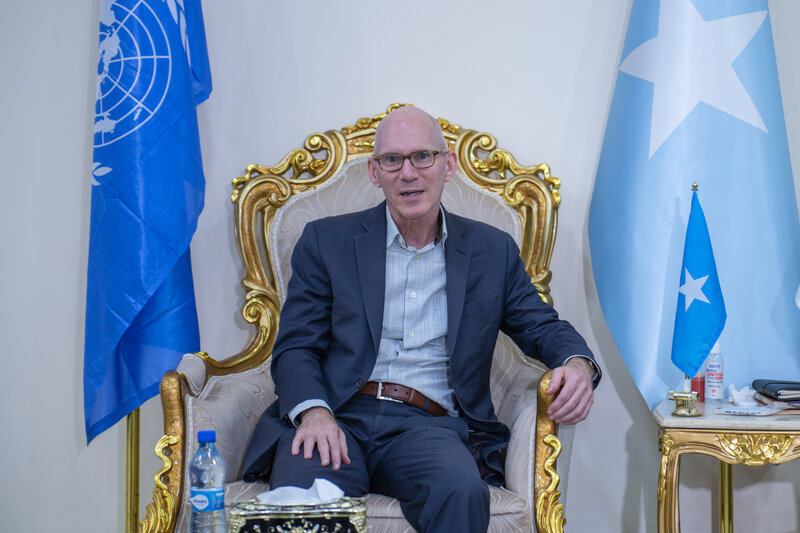 The UN official also underscored that the areas of security, reconciliation, social and economic development need to be inclusive.

“We urge, in this regard, due representation of women, youth and minority communities in governance and leadership.” 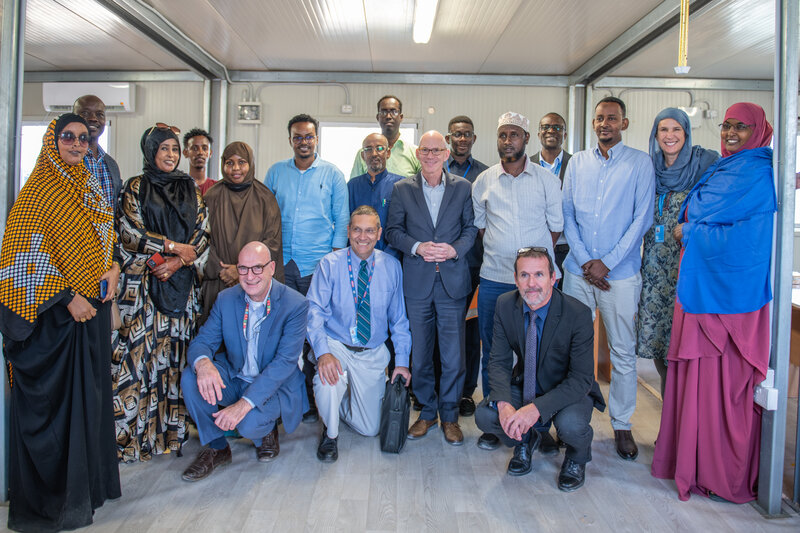 During the visit, Mr. Swan and his delegation also met with civil society representatives including the Jubaland Non-State Actors Association (JUNSAA), the Journalists’ Association of Jubaland (JAJ), the Somali Women Solidarity Organization (SWSO) and the Somali Girls’ Umbrella for Development (SOGUD).

Jubaland is the latest in a series of high-level UN visits around the country as part of the UN’s support to federal and state humanitarian, development and security priorities. The Special Representative has so far visited Puntland, South West State and Galmudug. 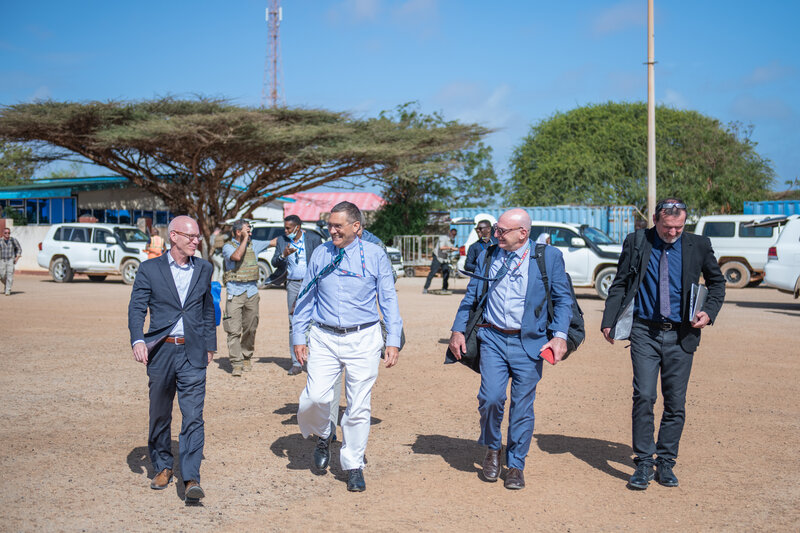 The delegation reiterated the UN’s commitment to continuing to work together with President Madobe, his team and the people of Jubaland as they build a better future.