Dhusamareb – Continuing a series of meetings with the leaders of Somalia’s Federal Member States, a delegation of United Nations officials today visited Galmudug to discuss with its leadership how the world body can best support its work.

“We are also here to listen closely to what the Galmudug authorities hope for and expect from the United Nations in 2021 so that we can better work together to meet the needs of the people of Galmudug,” he added. 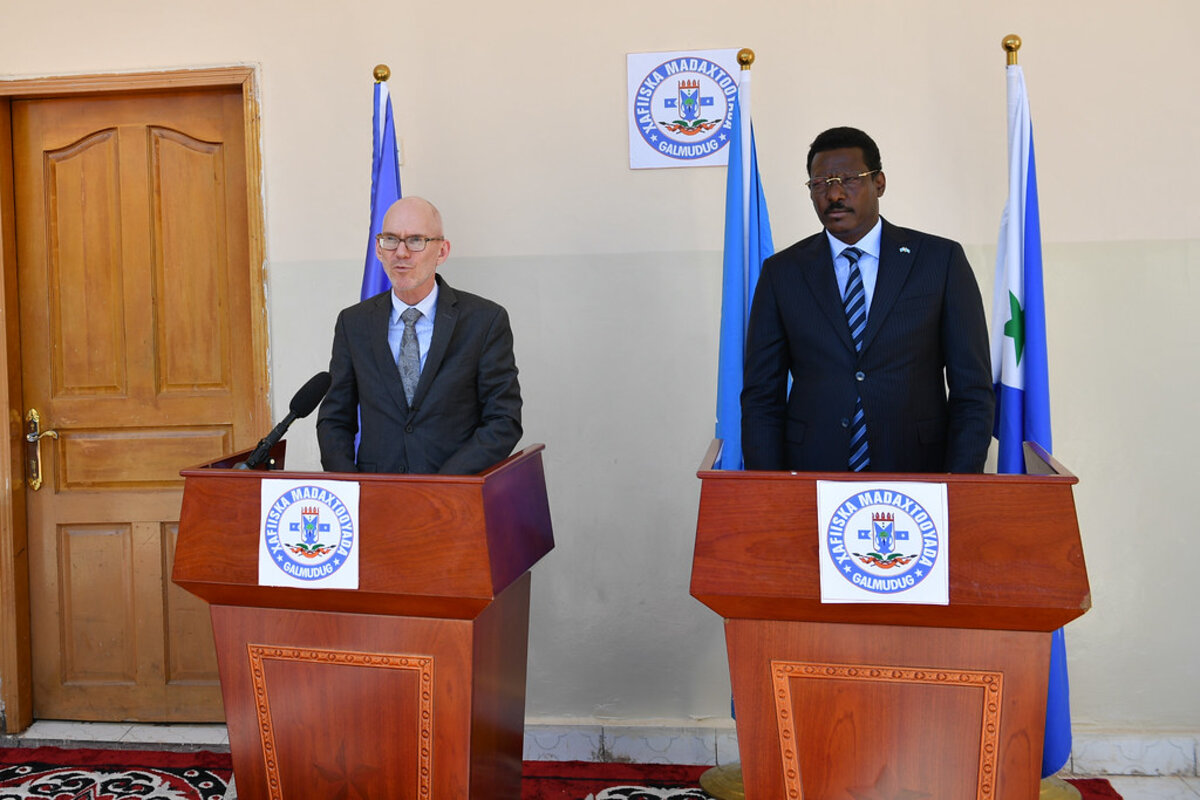 The UN envoy was speaking at a joint press encounter with the Federal Member State’s President Ahmed Abdi Kariye.

Earlier, they had been in discussions along with members of the President’s cabinet, and the Country Director of the World Food Programme (WFP) in Somalia, Cesar Arroyo, and the Officer-in-Charge of the UN Development Programme (UNDP) in Somalia, Jacqueline Olweya.

Earlier this month, Mr. Swan and officials from the International Organization for Migration (IOM) and the UN Office for the Coordination of Humanitarian Affairs (OCHA) had met with the leadership of South West State to discuss support in that Federal Member State.

In his remarks to the media, the UN Special Representative cited examples of the work being carried out by WFP and UNDP to highlight the world body’s current support in Galmudug.

This included, from WFP, with funding from the Italian government and in collaboration with local authorities, the construction in the Hobyo district of a fishing jetty which will provide easier access and docking points for fishing boats. 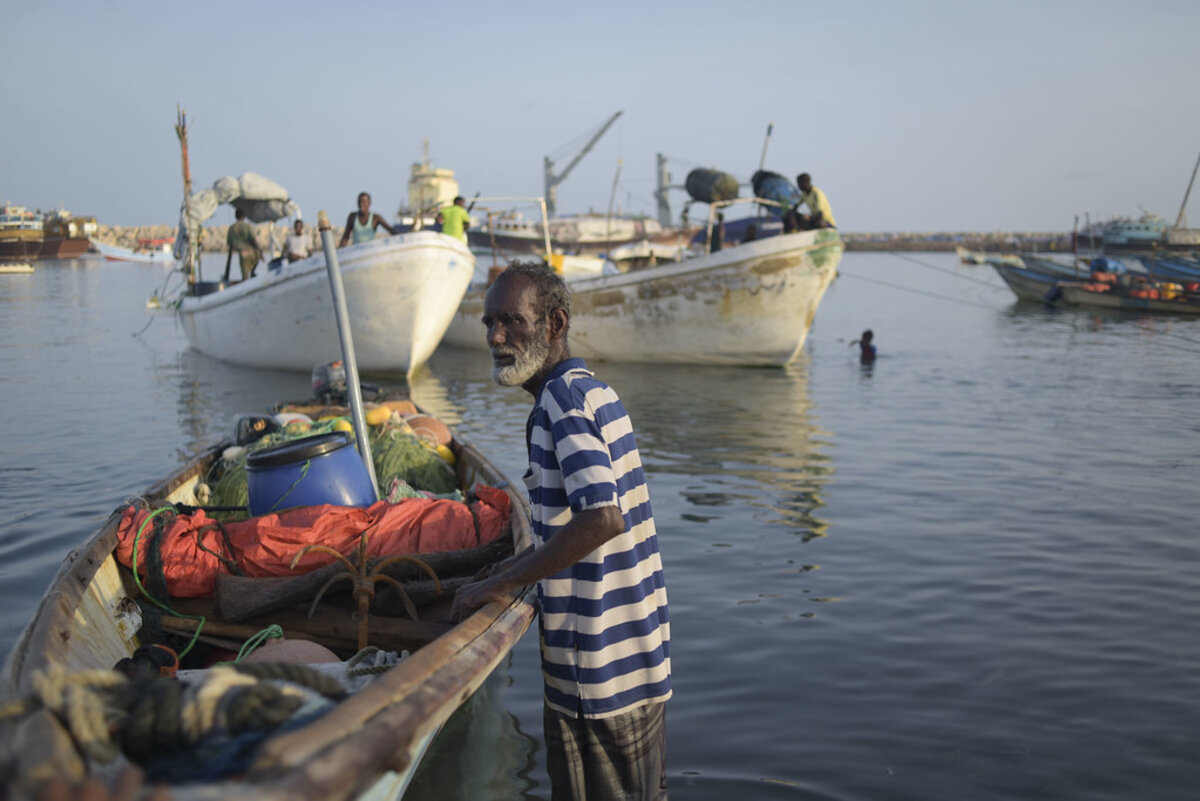 Begun in December 2020, the aim of the project is help build up the local fishing industry and facilitate export once it is finished in the summer of this year. Beyond the construction aspect of it, WFP is also training the local community in new fishing skills and fishing preservation methods, in partnership with local non-governmental organizations.

“The Hobyo jetty project is part of the World Food Programme’s ‘food systems’ approach which involves supporting networks that are needed to produce and transform food, and ensure that it reaches consumers,” Mr. Swan said. “Investments in food systems improve long-term resilience and self-reliance of communities around Somalia.”

The project is in addition to WFP’s core humanitarian programme which provides food, cash or vouchers to some 300,000 people in need around Galmudug every month. Mr. Swan said that it was expected that this humanitarian aid would be scaled up this year.

In addition to noting UNDP’s assistance with the construction of the building of Galmudug’s Ministry of Interior, Federal Affairs and Reconciliation, the UN Special Representative also highlighted the UN development agency’s technical support to the Ministry.

Partly to help the Ministry develop its core functions, UNDP has supported the training of more than 100 government officials on issues related to federalism and inter-governmental relations. The aim is to enable them to constructively engage in discussions between the Federal Government and Federal Member States.

“The UN Development Programme’s support has also included facilitating participation of more than 1,000 government officials, civil society representatives, elders, women and youth leaders in reconciliation-related conferences, consultations and workshops,” Mr. Swan said. “The funding for this support has generously been provided through a Multi-Partner Trust Fund from Germany, Sweden, Switzerland and the Peacebuilding Fund.”

“We hope to be able to undertake further projects like these,” he added.

The UN Special Representative’s discussions with the Galmudug president also covered the wider political situation in Somalia, particularly the preparations for elections and the importance of resolving outstanding contentious issues so that a credible electoral process can take place across the country.

“In this regard, I again commend President Ahmed Kariye’s efforts in trying to resolve the dispute over the implementation of the electoral plan, and I encouraged him to continue playing a role in maintaining contact between the leaders of the Federal Government and Federal Member States,” Mr. Swan said.

He reiterated the view of international partners that a spirit of “consensus and collaboration, putting the good of the country first,” is required to ensure Somalia remains on a clear path to peace and stability.

“We urge all of Somalia’s leaders to make every effort to engage in dialogue in a collegial spirit so that the national elections are held on the basis of broad consensus, rooted in the September 17th Agreement, and underpinned by transparency, fairness and inclusivity,” Mr. Swan said.