Bile and Abdikadir: Friends Through Thick and Thin

Bile and Abdikadir: Friends Through Thick and Thin

Growing up in the Mogadishu suburb of Taleex in the 1980s, Bile Ismail Diriye and Abdikadir Maalim Mohamed were the best of friends.

Their bonds of friendship were nurtured in the suburb’s streets and sports fields, where they would play and pass away their spare time.

“Friendship is the embodiment of that person who shares with you joys and sorrows. The inevitable twists and turns of our lives made us stronger together,” recalls 49-year-old Abdikadir.

In 1991, after growing political unrest, civil war broke out in much of Somalia. Armed factions vied for power, clans were pitted against each other – including the two clans from which Abdikadir and Bile hail, respectively.

“We come from different clans, and when our clans fought bitterly against each other, it was the worst moment of our friendship. But we did not allow it to end our relationship,” says Bile, now aged 43. “Our bonds of friendship grew stronger instead.”

To survive the militia gangs who patrolled the Somali capital’s streets in search of “enemy” clan members, the two friends would cover for each other when asked by militia members about their clan affiliations by pretending to belong to the “favoured” clan whenever it suited them. 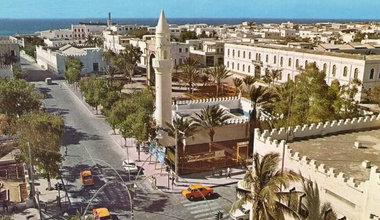 Despite the distance, the two friends kept in touch through emissaries who would pass on messages until 1993, when the guns fell silent. A semblance of stability was restored, leading Bile’s family to return to Mogadishu. From that point onwards, their friendship continued to grow amidst the capital’s ongoing travails and subsequent progress towards peace and stability.

Looking back now as the world prepares to commemorate the International Day of Friendship on 30 July, Bile and Abdikadir count themselves lucky.

“As a young person, one yearns for a friend who will cheer them up through life. I found that friend in Abdikadir,” Bile says. “He was and still is my best friend. We have encouraged each other as playmates in the playgrounds, through school, until we both graduated from university and got employment.”

Perhaps unsurprisingly, it is a friendship that became family, with Bile’s subsequent marriage to one of Abdikadir’s cousins 18 years ago.

“There is no better feeling than having a close friend marry your cousin,” remarks Abdikadir. “I could not think of a better way to honour him [Bile] than by having him marry my cousin.”

“Our friendship has grown beyond the ordinary,” adds Bile. “We are now bound together through family.”

For the two men, friendship is a sense of community and belonging – one which can be expressed in diverse ways, either at an individual or community level.

“Our friendship could be a role model for Somalia’s healing process,” Bile says. “If we were able to stay friends and grow our friendship over the years despite the challenges, then communities in Somalia can do the same.”

“This can be extended and replicated across the whole country,” notes Abdikadir, a project manager for a not-for-profit organization. 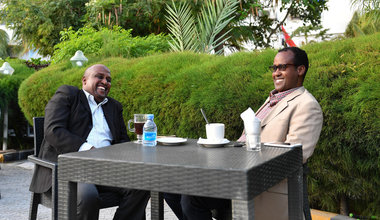 The United Nations encourages initiatives that promote friendship in Somalia as a way of fostering peace and reconciliation in the country.  In 2011, the UN General Assembly proclaimed 30 July as the occasion to observe the International Day of Friendship, with the aim of fostering a culture of peace through friendship, promoting it among people, countries, cultures and individuals, and inspiring peace efforts and the building of bridges between communities.