Ceerigaabo – Located in the remote eastern region of Sanaag, the small city of Ceerigaabo is some 560 kilometres from Hargeisa, the capital of Somaliland

Getting to Ceerigaabo by car from Hargeisa involves a long and often bumpy journey. It takes 12 hours of driving; the trip to the city of around 221,000 people is often split over two days. 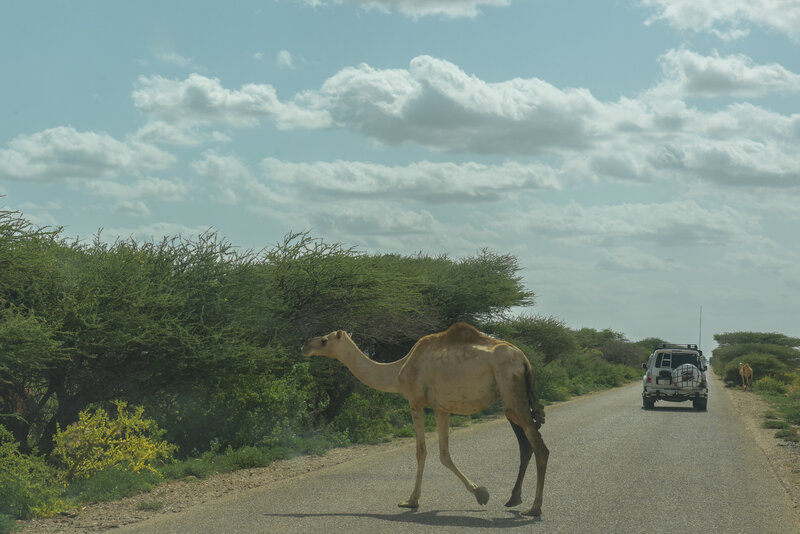 And that is exactly where a group of United Nations officers from a variety of expert backgrounds found themselves recently for meetings with a range of Somaliland partners – the first such visit after a pause of a few years due in part to the COVID-19 pandemic.

“The aim of the trip is to connect with our partners – local governments, civil society and human rights activists. And by reconnecting, I mean engaging with them and finding out what their greatest challenges have been and what their opportunities are and how we can collaborate even better than how we have been collaborating in the past,” says Sia Mawalla, a human rights officer based in Hargeisa, the leader of the visiting UN team. 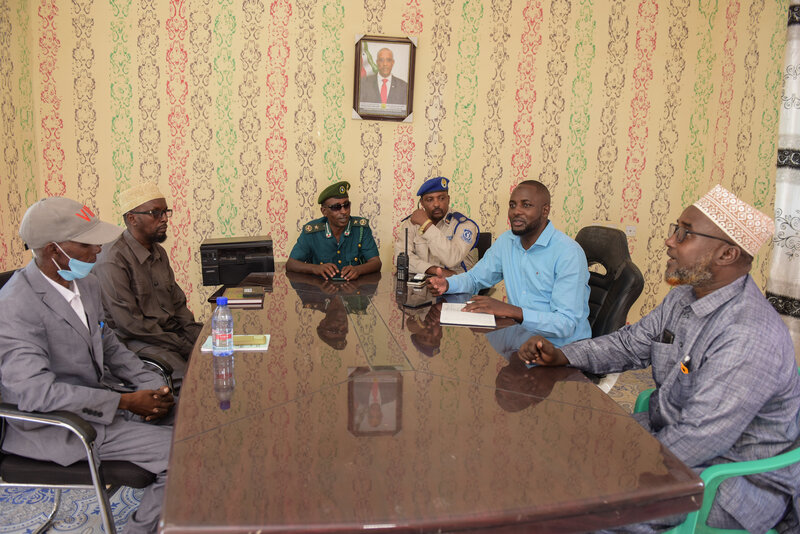 On the human rights front, some of what Ms. Mawalla hears is stark a reminder of the challenges many face.

“People living with disabilities in this place lack support in terms of education, employment and accessibility aides to help them move around as they conduct their day-to-day activities; for example, crutches, wheelchairs, among other items. These things would really help them access schools and learn,” Siciid Cabdi Abokor, a representative of people with disabilities in the Sanaag region, tells Ms. Mawalla and her colleagues. 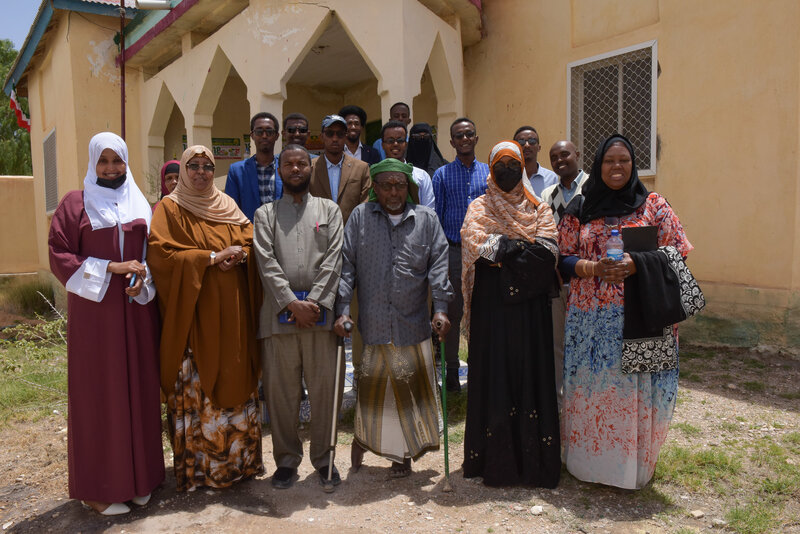 “We have cases of women with disabilities who were sexually assaulted (and raped), with others sexually exploited, due to their vulnerability,” Mr. Abokor continues. “These are the types of abuse women with disabilities go through. When we try to get justice for the victims and survivors, our efforts are undermined by the alternative dispute resolution mechanisms within the community, which involves clan elders from both sides mediating the disputes with some cases ending up with the rape survivor being ordered to marry her rapist.”

Despite how tough it is to hear how dire the situation is, these are exactly the sort of first-hand reports Ms. Mawalla seeks.

“On this visit, I specifically want to have an idea of what is the current human rights situation in Sanaag region, as well as the Sool region. What are the pertinent human rights issues?” she says. 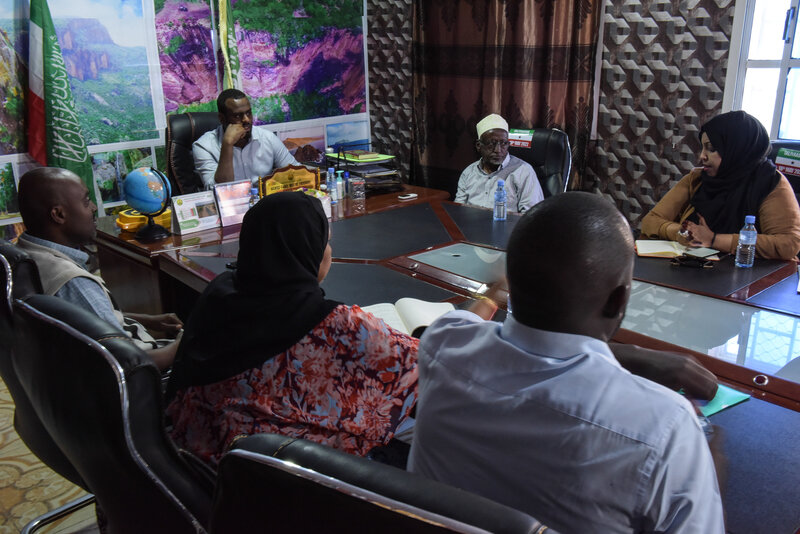 “We especially want to meet and to talk with marginalised and vulnerable groups, including persons with disabilities, minorities, internally displaced people (IDPs) and women,” Ms. Mawalla continues. “Basically, anywhere we can reach the most vulnerable in local communities because they are the most impacted by human rights issues.”

The team led by Ms. Mawalla is made up of different UN experts, including experts from judicial, political and coordination affairs. Prior to travelling to Ceerigaabo, the team conducted a visit to the neighboring Sool region, located in Somaliland’s southeast. Given the long distance between Hargeisa to the eastern regions, the group of UN officials spent three days travelling to Laascaanood, the administrative capital of the Sool region, and Ceerigaabo, in the Sanaag region, to meet with their local partners. 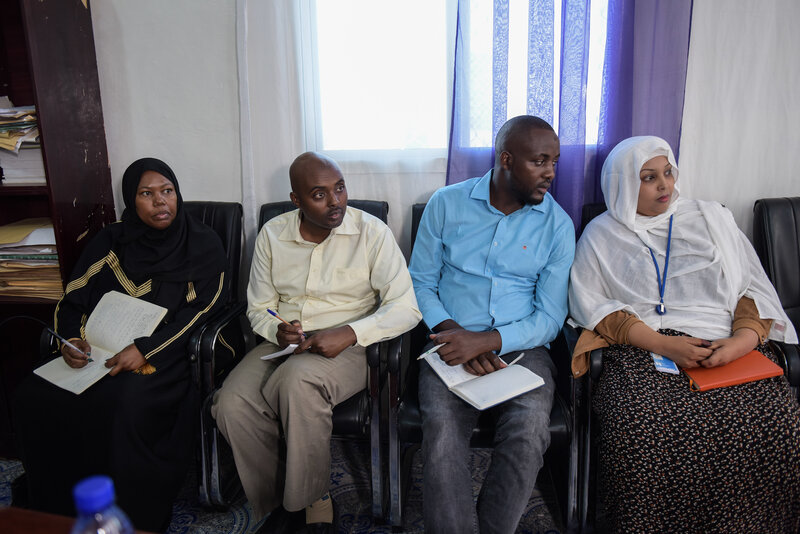 Over the past few years, the Sool and Sanaag regions have become host to households and individuals that have been displaced from all over Somaliland as a result of conflict, insecurity and drought. Sool is among the regions with the highest number of IDPs, while Sanaag is one of the largest sites in terms of population. 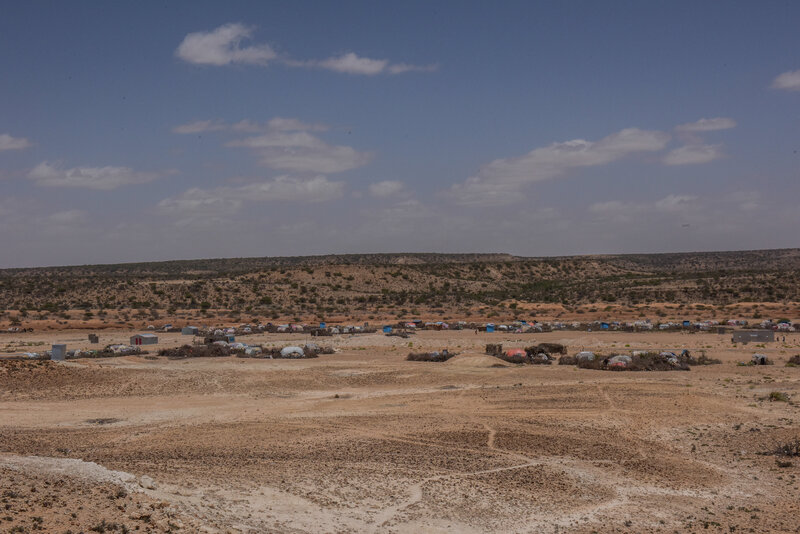 According to an NDRA assessment conducted in November 2021, in coordination with the International Migration Organization (IOM), priority needs for the IDPs include food, shelter, education, medical services, protection and the delivery of water, sanitation and hygiene facilities.

The needs and rights of IDPs figure prominently for Ms. Mawalla and the team, especially how they may claim their economic, social and cultural rights.

“I have been living here for six years. We used to be nomadic pastoralists.  Displaced people were brought here from Sool, Sanaag and other regions… the people here have a lot of needs like access to water, food and shelter. As you can see, we really need emergency aid support,” Hodan Barre Yusuf, a resident of the Karashal IDP Camp in Sanaag’s Garadag district, tells the visiting UN officials. 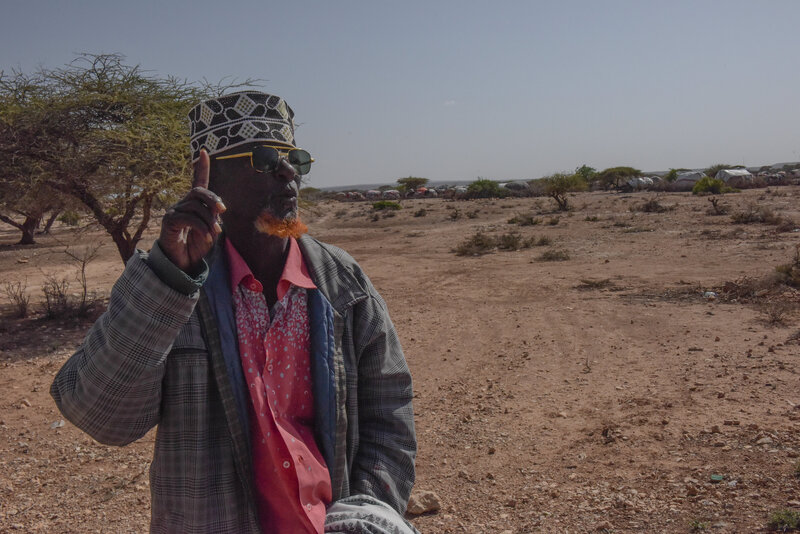 The NDRA assessment conducted in IDP camps around Somaliland found that there were 92,888 households comprising of 557,328 individuals living in the camps. Of these, 59,262 people – equivalent to 9,8770 households – live in Sool. In Sanaag, there are 53,190 people, equivalent to 8,865 households.

Meeting their needs has been made that much harder due the severe drought affecting both Sanaag and Sool regions.

“These people live far away from the town and cannot make it to their workplaces. They do not have sanitation facilities, nor decent housing. The place is also very dangerous for women since it is not well lit. These places don’t have toilets, decent housing, water, electricity and employment opportunities, these people here really need to be provided with support immediately,” says NDRA’s coordinator for Sool, Maryan Abdullahi Warsame. 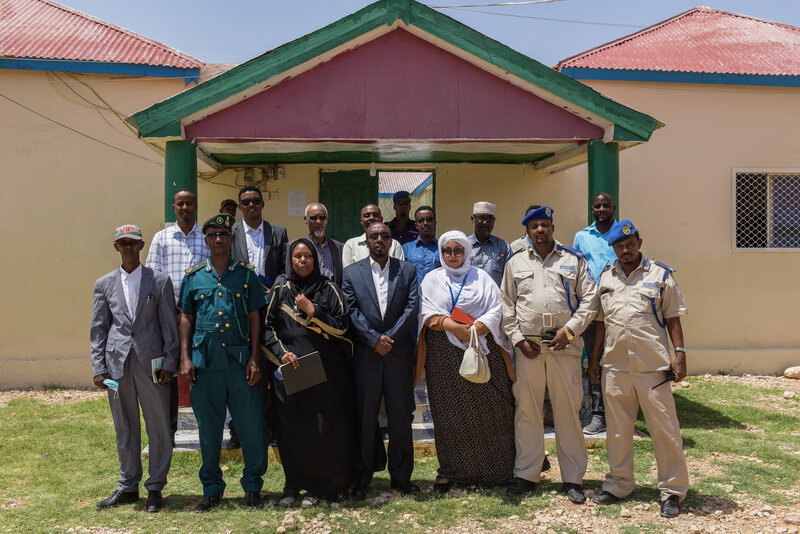 According to the United Nations, the right to access justice is a fundamental right that should guarantee that every person can have access to an independent and impartial process, and the opportunity to receive a fair and just trial when that individual’s liberty or property is at stake.

Unfortunately, this does not always happen due to a range of factors, including the availability of accessible, affordable, timely and effective means of redress or remedies.

For vulnerable and marginalized groups, to prevent and overcome human poverty, access to justice is equated to their ability to seek and obtain remedy, through formal and informal justice systems, for grievances in accordance with human rights principles and standards. 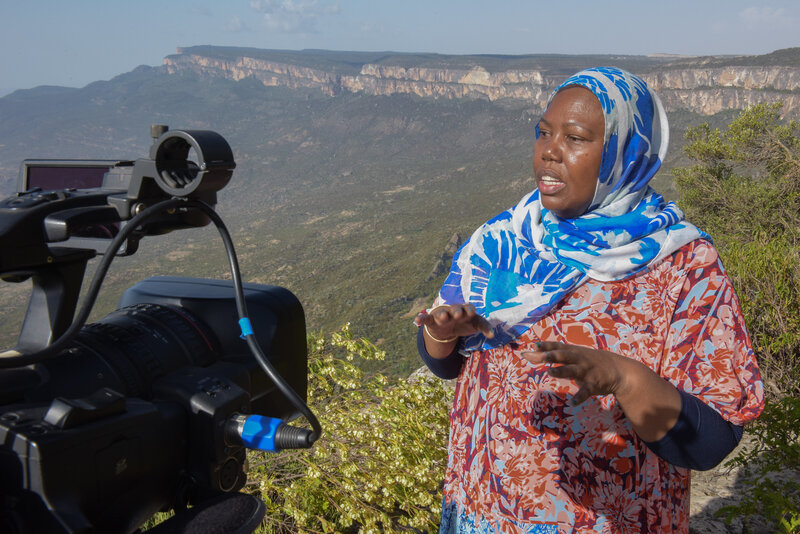 The role of certain Somali customs also features in the feedback Ms. Mawalla receives, especially as it ties into local residents’ ability to access the judicial system. Known as maslaxa, it serves as a form of alternative dispute resolution mechanism in which traditional clan elders meet and reach an agreement for an amount of money to be paid by an offending party to a victim’s family as a means of settling an offence.

“For instance, rape: there was a time that a lady was shot by her husband and it was suggested that her family settle the matter through the maslaxa system; in the end, the clan reached an agreement,” says the Somaliland National Human Rights Commission coordinator in Sanaag, Ahmed Mohamed Adan.

Such impunity is not the only challenge Ms. Mawalla and her team encounter. Female genital mutilation (FGM) and gender-based violence, which includes rape, are also widespread. 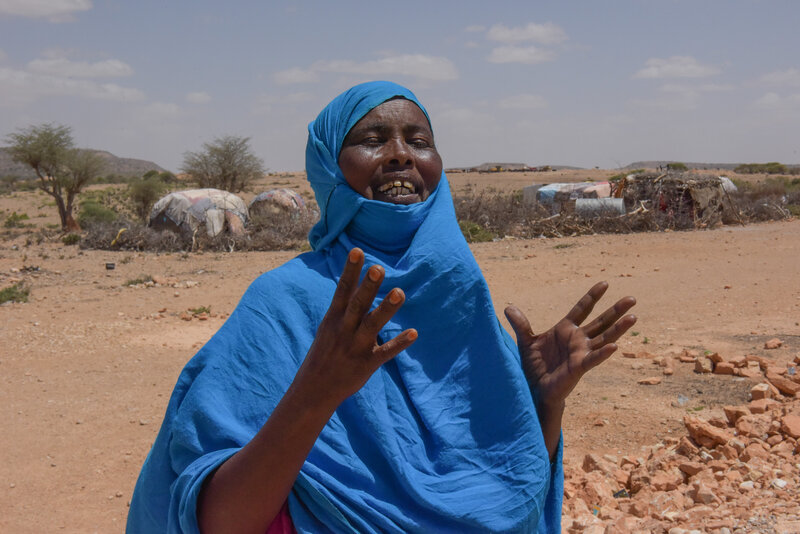 “In the last week there were very serious cases of domestic violence, one involving a husband beating his wife, and the other one involving a husband shooting his wife in the chest. Both women are in the Ceerigaabo General Hospital getting treatment. However, the husbands are still at large,” Ms. Mawalla says, following discussions with a local official from the Ministry of Employment, Social Affairs and Family.

In Sool and Sanaag, local minority groups suffer from social segregation, economic deprivation and political manipulation. One of those groups is the minority Gabooye clan, which has some 500 households in Ceerigaabo, with all of them living outside of the city centre.

Their human rights needs are extensive and wide-ranging, with discrimination topping the list of human rights issues. 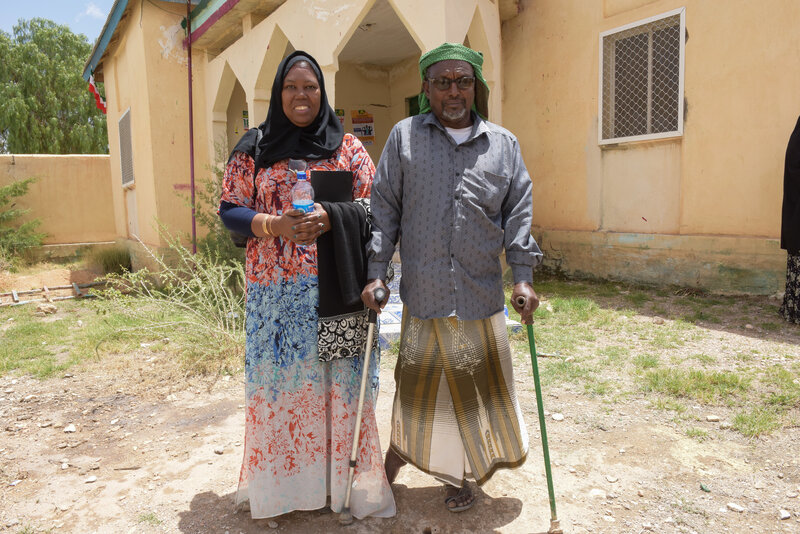 “For example, while minorities do have an opportunity to go to primary schools in the Sanaag region – when it comes to accessing secondary education or even higher education, they are not able to access the right to education because they do not have the economic means to support their children in pursuing higher education,” Ms. Mawalla says after meeting committee members representing the Gabooye clan.

As an example of the challenges faced, the elders relay that, in the entire Sanaag region, there is only one civil servant from a minority group and two within the local council. 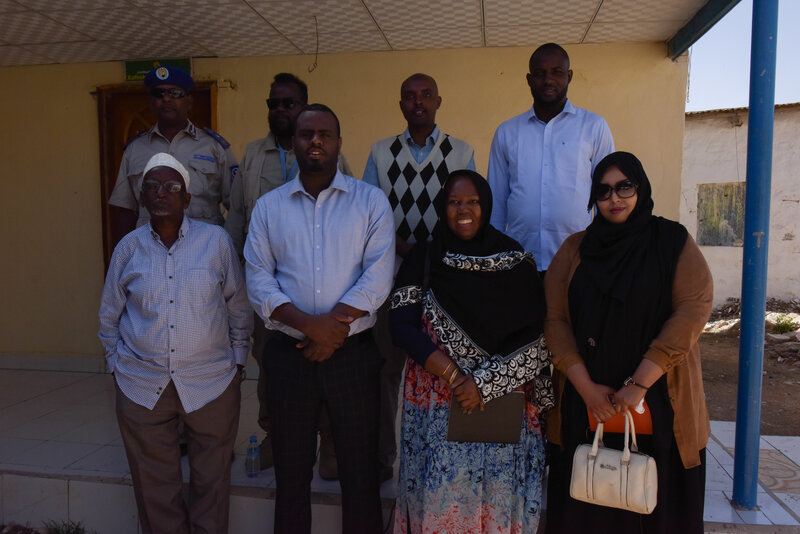 The lack of employment options confines them to menial jobs that pay poorly, which, in turn, deny them the opportunity to earn enough money to afford further education for their children. Thus, a cycle of poverty and exclusion continues among the group.

By the fifth day of the road mission to Sool and Sanaag, Ms. Mawalla’s notepads are brimming with information and updates on the human rights challenges faced by various groups across the two regions. 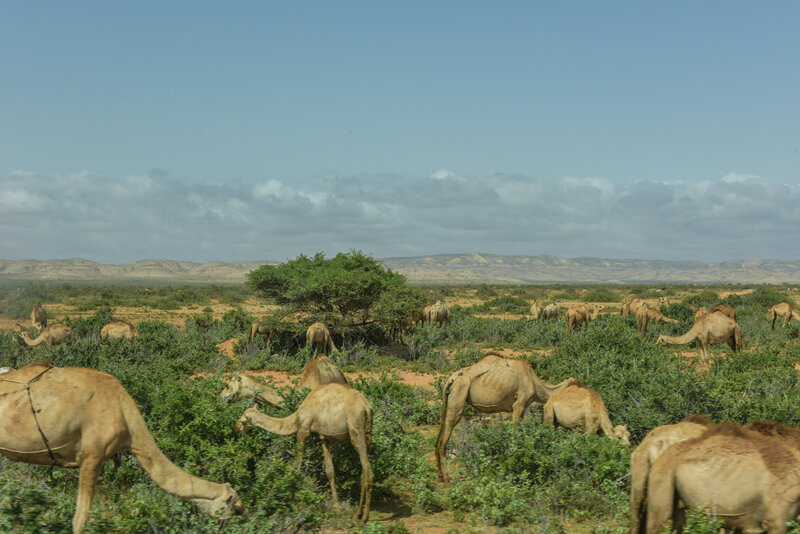 With the rest of the UN team, she makes the long journey back to Hargeisa. There, back in her office, she will compile a report on what she saw and heard, engage with the government and relevant UN agencies and international partners to advocate for the rights of the vulnerable and marginalized communities she encountered in Sool and Sanaag.

“These trips are long and tiring – but worth every moment as the experiences interacting with those whose human rights are often trampled and ignored just drive home how important it is to make sure their voices are heard and their rights respected,” says Ms. Mawalla. 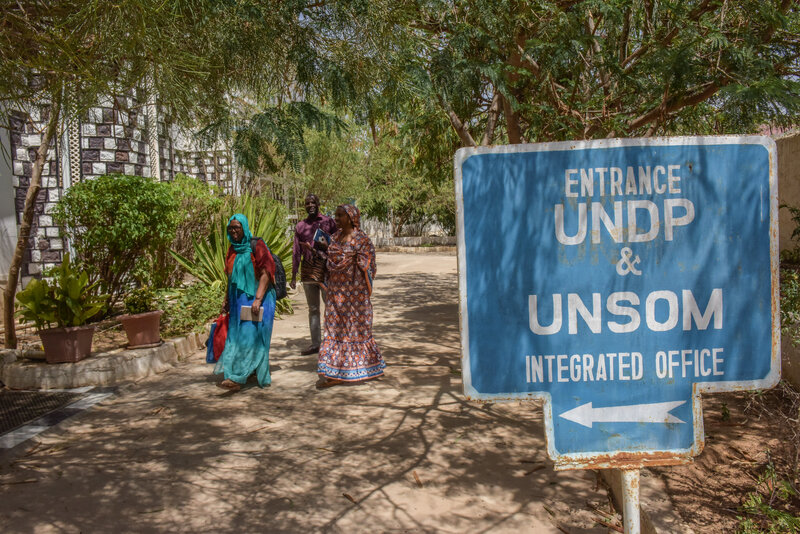 The information she provides will inform the reporting and advocacy efforts of UNSOM’s human rights team, which supports Somali efforts for the protection of civilians, conflict-related sexual violence and children in armed conflict, as well as the rights of marginalized groups such as IDPs, persons with disabilities, women and minorities. It also monitors and reports on pertinent human rights issues such as freedom of expression, human rights in elections, allegations of violations and abuses.

Read the UN Convention on the Rights of Persons with Disabilities