Dr. Yusuf Barre Mohamed: “If You Can Help Your Community This Morning, Then Do Not Delay It Until the Afternoon!”

Dr. Yusuf Barre Mohamed: “If You Can Help Your Community This Morning, Then Do Not Delay It Until the Afternoon!”

Baidoa -- Becoming a doctor had been Yusuf Barre Mohamed’s dream throughout his school years in the 2000s and early 2010s.

Since then, the 31-year-old’s dream to help his fellow residents of Somalia’s South West State (SWS) with healthcare has blossomed into something else.

Asides from being a medical practitioner, Dr. Mohamed is now a senior local government official in Baidoa, SWS’s biggest city, and the co-founder of a local university.

His journey began in Mogadishu, where he was born in 1989 – just before the civil war.

“We briefly fled to Baidoa due to heavy fighting, but I later came back to complete my studies. I went to Khadija Model School for my primary and secondary education and obtained a bachelor’s degree in medicine and surgery from Plasma University in 2015,” Dr. Mohamed says.

His connection to SWS grew stronger from 2013 when, while still an undergraduate, he and three doctors came to Baidoa, the capital of SWS’s Bay region, to do volunteer work at the Bay Regional Hospital, the only referral hospital for three regions – Bay and Bakool in SWS, and Gedo in the neighbouring Federal Member State of Jubaland. 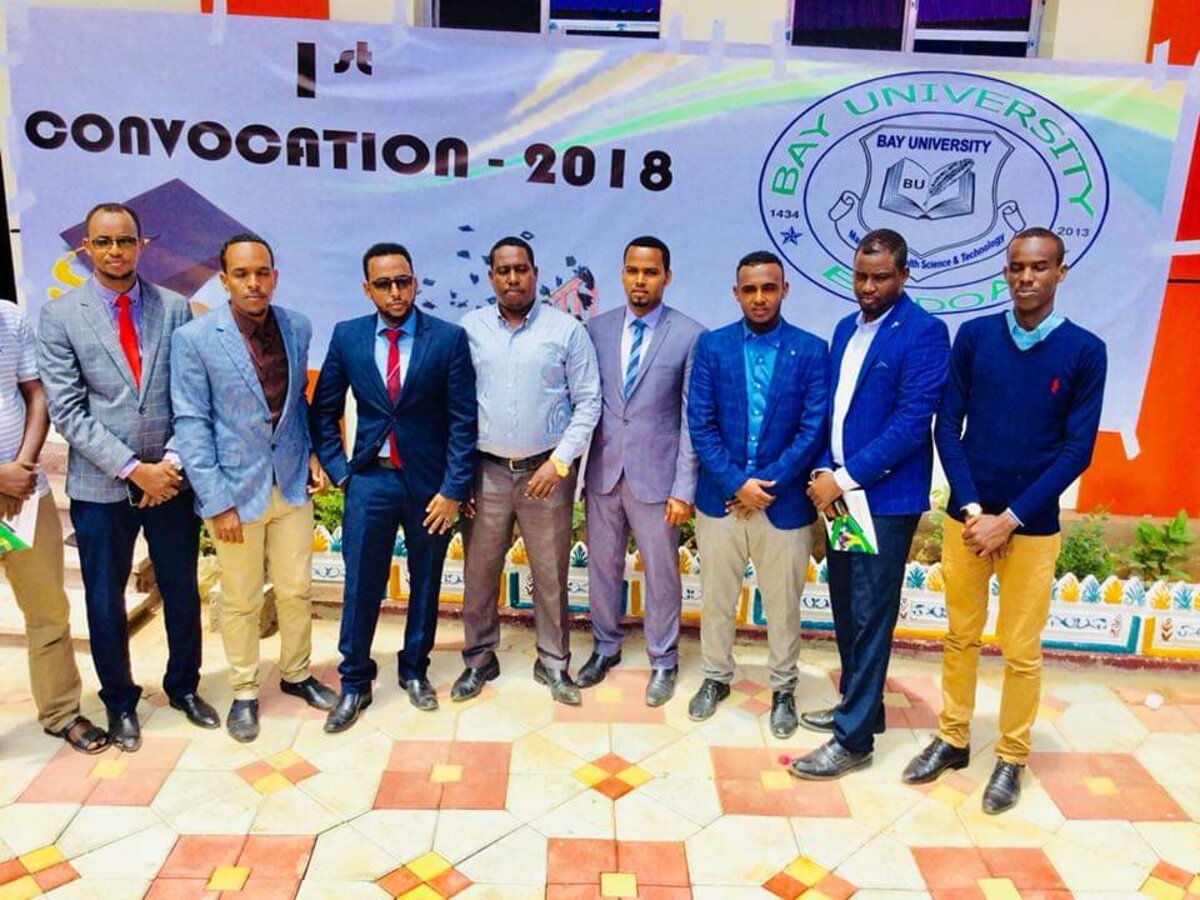 There, the three doctors were assigned to emergency care, surgery and general medicine, while Dr. Mohamed was assigned to the pediatric department.

“When we came, there was only one surgical doctor supported by WHO (World Health Organization) for the entire Bay Regional Hospital. A horrible situation, with no agency providing sufficient medical supplies!” he recalls. “Imagine: a referral hospital with no essential medical tools and expected to treat patients with gunshots and explosives injuries on a daily basis.”

What began as volunteer work while studying became formal employment as a junior doctor upon graduation. But his focus spread from treating children to much broader medical needs for SWS, eventually being named a regional medical coordinator.

In this role, he reached out to others – the federal Ministry of Health, the United Nations and other international organizations – for help in developing the Bay Regional Hospital’s health capacity.

He met with success. One example of this was that the International Committee of the Red Cross (ICRC) agreed to support the development of the Bay Regional Hospital’s emergency care and surgery departments, as well as its stabilization centre with logistical and medical supplies and salary assistance. 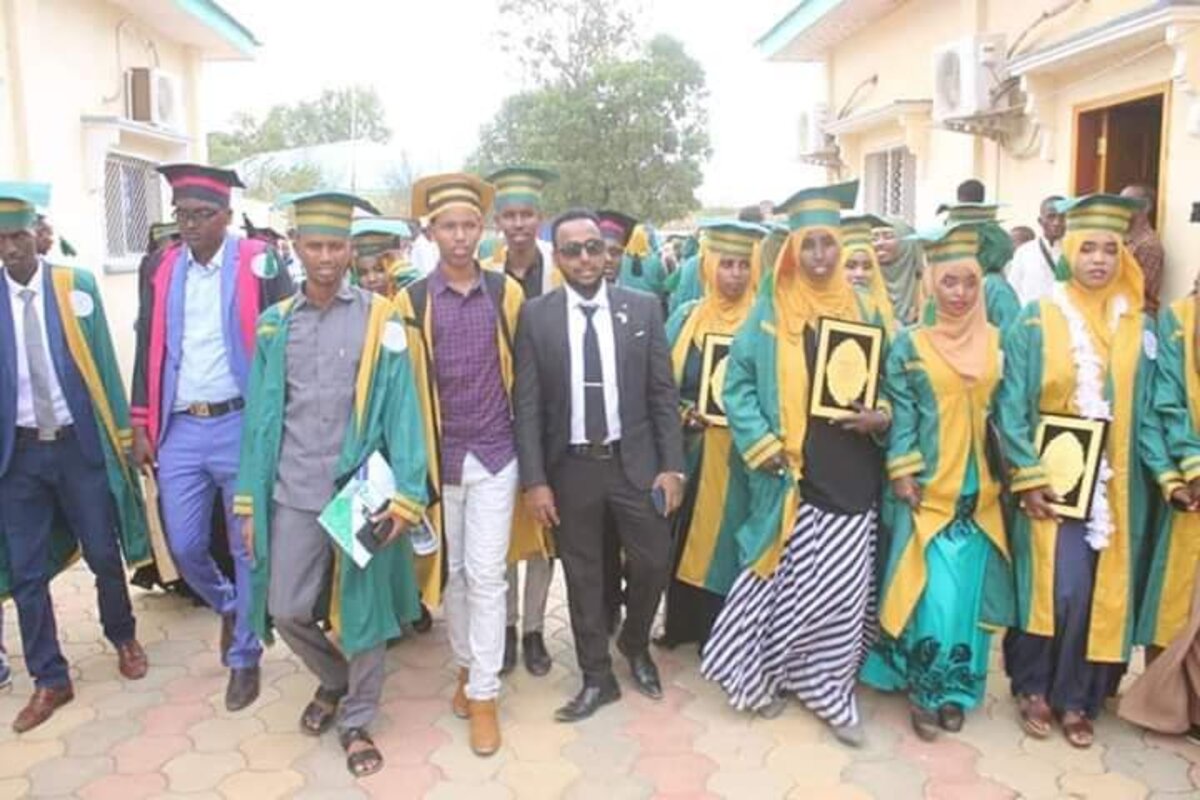 In 2016, Dr. Mohamed joined SWS’s Ministry of Health as its director of planning. He saw his new responsibilities as a step-up in the kind of care he provided and played a role in developing the ministry’s organizational structures and human resources policy in line with those of the federal Ministry of Health.

“Currently, we have 25 doctors and more than 300 support staff working at the Bay Regional Hospital,” he says, noting the change from when he first arrived at the hospital.

But while working as a regional medical coordinator for Bay, Dr. Mohamed’s gaze and interests spread further. He and seven of his friends had identified a gap in the area’s educational system.

“After doing some baseline research, we came to realize that there was a need for more university education in Baidoa. There was only a single university – the University of Southern Somalia, of which I commend its services – but it could not sufficiently quench the public thirst for college education. Consequently, we founded Bay University in 2013 to cover existing academic gaps and reduce the number of students having to move for undergraduate studies to Mogadishu or elsewhere,” he says.

The private university currently has more than 900 students, with close to half of them on full scholarships or with discounted tuition fees, studying across various academic disciplines. Dr. Mohamed serves on the institution’s board and teaches some classes on weekends.

“Initially, Bay University was started with three faculties: Health Sciences, Humanities and Social Sciences, and Engineering. So far, more than 450 students have graduated, including students from marginalized communities and vulnerable families,” he says, noting that he and the other founders hope the institution will grow in years to come.

He adds that many of the graduates are employed with a range of local employers, including within different levels of government administrations, international non-governmental organizations and the Bay Regional Hospital.

The young medic’s responsibilities grew a lot a little more than a year ago.

In October 2019, in recognition of his service to SWS, the state Ministry of Interior, Local Government and Reconciliation appointed Dr. Mohamed as a Deputy Mayor of Baidoa, which has a population estimated at more than one million people.

“I accepted the appointment as it was part of my dream to serve my community by whatever means I can, and I thank President Abdiaziz Hassan Mohamed ‘Laftaareen’ for bringing more youth forward to participate on political platforms,” he notes. “I have a medical background, but do you know why I now prefer working at the Baidoa municipality? I realized that, for me, treating individuals at a hospital was not enough. We also need to strengthen our weak health and education systems. And it grew from there.”

Even with the new workload, he still supports the Bay Regional Hospital by attending to patients during busy periods, such as emergencies involving mass casualties from armed clashes and explosive attacks, as well as infectious disease outbreaks, such as cholera. But he sees some similarities in that his new responsibilities involve taking care of people albeit at a much broader level.

“Recently, we kicked off the feasibility studies of 13 feeder roads, a project supported by the UN’s International Labour Organization (ILO) and, when awarded, the construction contract is expected to create around 1,100 jobs for local people. These feeder roads will help connect main roads to areas where internally displaced people (IDPs) live on Baidoa’s outskirts – these roads will give people access to main markets, hospitals and other governmental services in the city,” Dr. Mohamed says.

So far, other top priorities for him have included improving sanitation in Baidoa’s main market area and surrounding roads, as well as reinforcing a ‘repatriation and relocation’ policy for the large number of IDPs – currently estimated to number some 230,000 people – living around Baidoa because of insecurity or drought elsewhere in SWS.

The issue of caring for the IDPs has been a prime concern for the Baidoa municipality, with the support of the UN Children’s Fund (UNICEF), the Office of the UN High Commissioner for Refugees (UNHCR), the International Organization for Migration (IOM), the Norwegian Refugee Council (NRC), and in close collaboration with the SWS Commission for Refugee and Internally Displaced People. 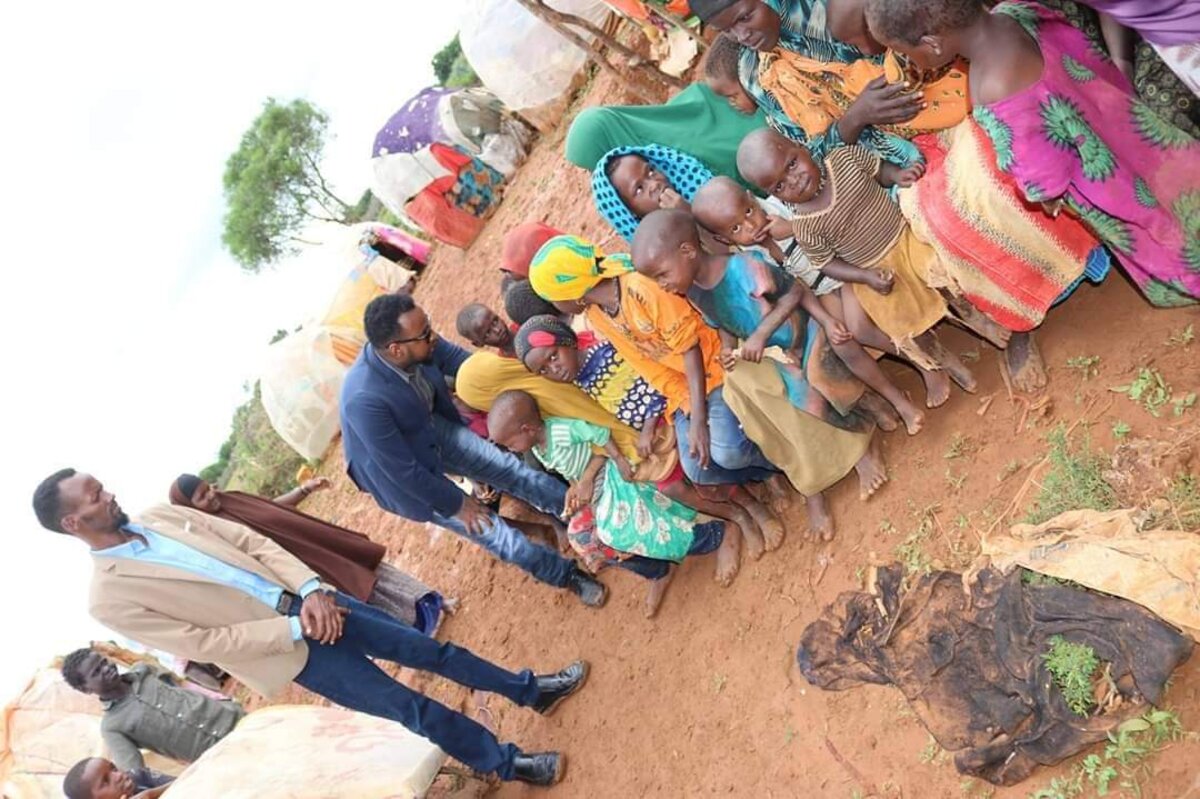 “We repatriated a large number of IDPs who now feel safe in their rural villages,” Dr. Mohamed says. “We gave them provisions, like food and animals, while others who do not feel safe in their rural locations were relocated to the surrounds of Baidoa and provided with basic healthcare, education and amenities like streetlights – an example of this is the Barwaqo area.”

In the longer-term, Dr. Mohamed hopes to improve national social services such as health care and education system so that he can carry on working in his two passions at a greater scale for all Somalis. Both now and then, he hopes that other Somali youth will follow in his steps of public service in SWS and elsewhere around the country.

“I appeal to educated youth to join local authorities and regional administration,” he says. “As educated youth we must pull up our socks to build-up our weak institutions, which in turn will help the entire country. After all, if you can help your community this morning, then do not delay it until the afternoon!”