Halima Godane: An activist for solidarity and progress among Somali women

Halima Godane: An activist for solidarity and progress among Somali women

Kismayo – The reasons behind Halima Farah Godane’s decision to start the Somali Women Solidarity Organization (SWSO) in 2006 stem from her own direct experience of Somalia’s past decades of conflict and instability.

“I started SWSO after I witnessed the dire situation caused by years of conflicts that engulfed the country, but especially suffered by women in the Juba region,” says Ms. Godane.

Based in Kismayo, the interim capital city of the southern state of Jubaland, and with district offices in Dhobley, Dollow and Admadow, SWSO is a non-governmental organization (NGO) that works in various fields to give Somali women a greater voice in their local communities and wider society.

It does this through targeted training and information-sharing among women in the Federal Member State, with the aim of providing opportunities, promoting solidarity, and strengthening engagement with the country’s political sphere as well as peace and reconciliation efforts.

“If every woman plays an active role in leadership and influential positions to enhance peace and women’s empowerment, we would see better results in every aspect of our communities,” Ms. Godane, SWSO’s Executive Director, says. 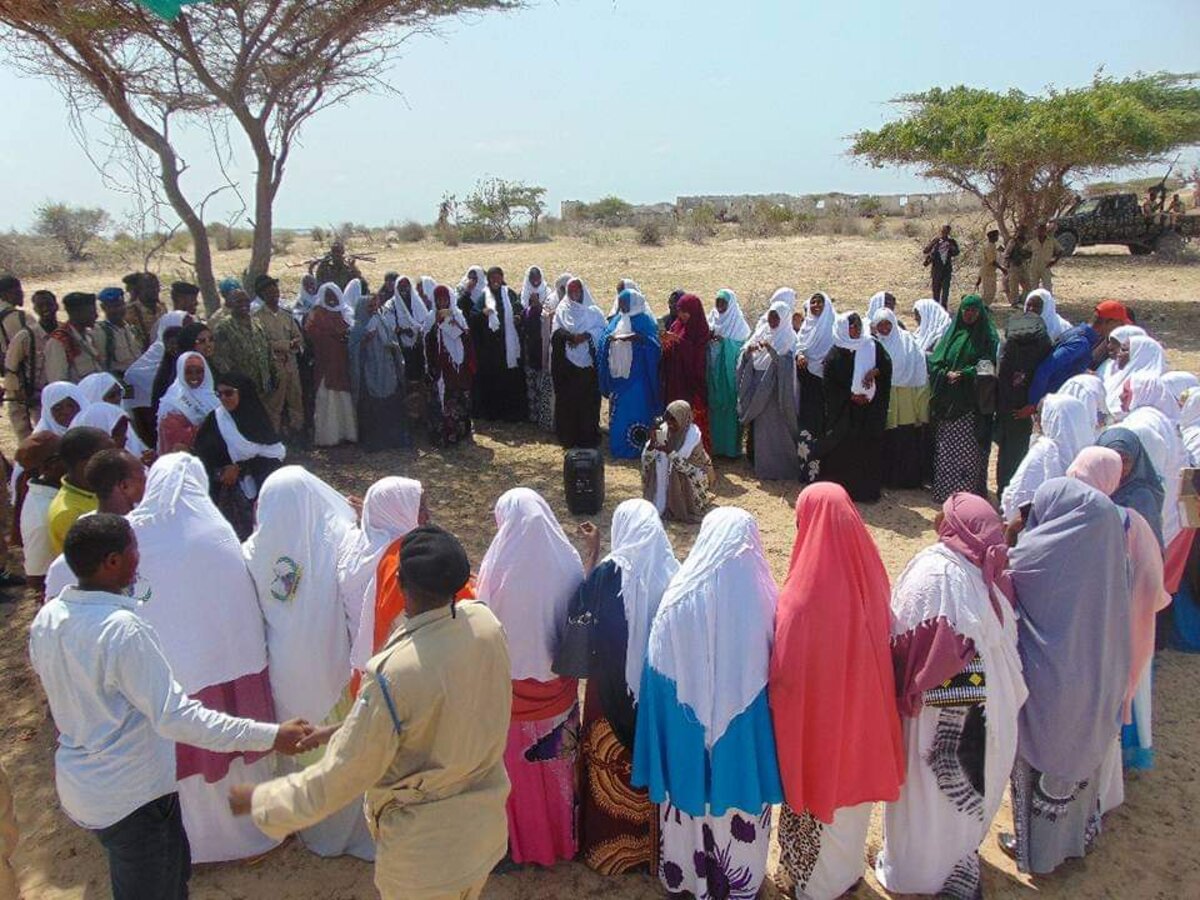 Born in 1968 in Wajid in the Bakool region of South West State, Ms. Godane remained in Somalia throughout its decades of conflict and instability, opting to avoid any family separation and stay put with her parents and five children. During the civil war, to avoid the brunt of its violence, she moved with her family to the town of Dhobley, located along the Somalia-Kenya border in Jubaland, and remained in the southern Federal Member State ever since.

Her background is in education. She graduated as an Arabic-language teacher in 1988, teaching at schools in Mogadishu and Baidoa before the war broke out in 1991.

However, while teaching, she developed a strong interest in community work centred on the role of women and girls. Then, the tough circumstances that she and other women endured, during the civil war and afterward, provided a strong catalyst to develop this interest over the years, culminating in SWSO’s creation.

An example of the range of work SWSO is involved in is its activities in the field of reintegration – helping displaced Somali women returning to the country and the wives of former combatants – with training in practical skills that can help improve their livelihood prospects. These can range from teaching them how to become bakers and poultry farmers to community leaders and gender advocates.

The reintegration projects involve the support of partners such as the Office of the United Nations High Commissioner for Refugees (UNHCR), Pact Kenya, the International Organization for Migration (IOM), the Life and Peace Institute, Peace Direct, Saferworld, and the German Corporation for International Cooperation, among others.

On engagement with the country’s political and peace processes, SWSO has brought together women in different parts of Jubaland to build their advocacy and engagement skills within their local communities, and contribute to girls' and women’s overall empowerment.

As an example of how Somali women can help with peacebuilding at the community level, Ms. Godane cites a clan dispute over pastureland in the Dalsan area on the outskirts of Kismayo in April 2020. While it was well-known for its advocacy for peaceful coexistence up until then, this occasion was the first time that SWSO had spearheaded such an initiative. 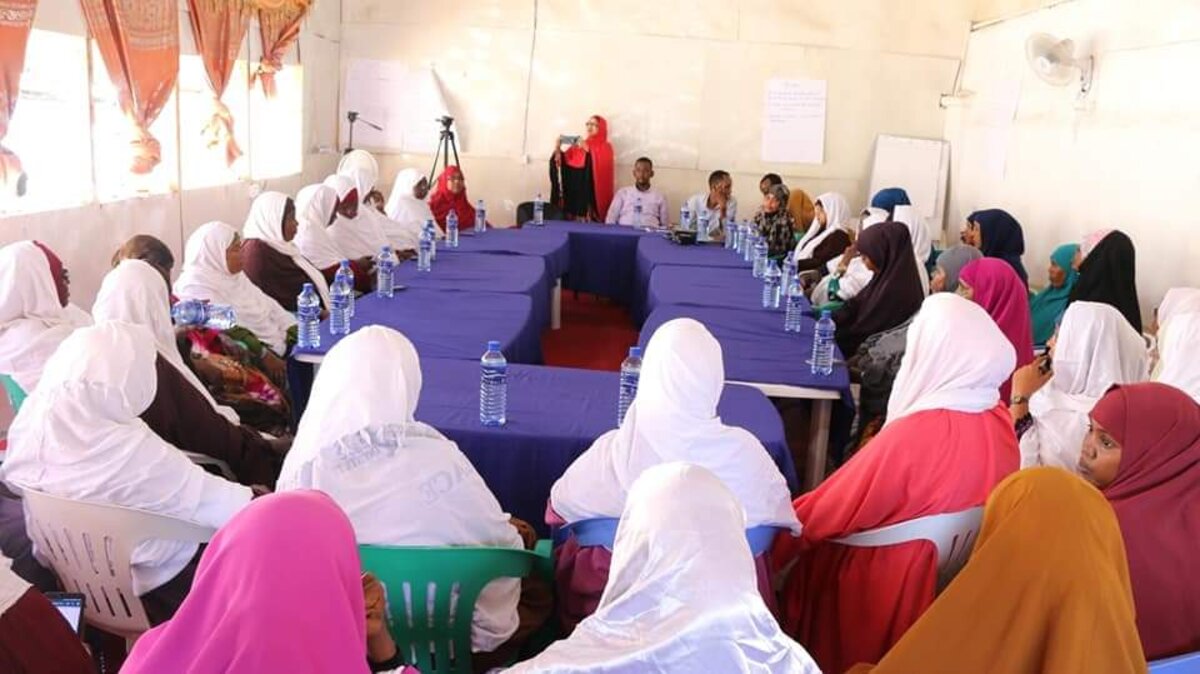 “When the two clans started fighting, we supported local women to take immediate action to settle the dispute before it got out of hand,” she says. “A delegation consisting of 39 women visited the area where the conflict was taking place and promptly arranged for two days of dialogue between the two clans.”

This kind of women-led, grassroots peace initiative helped defy traditional views and expectations of women’s roles in local conflict resolution processes. It also helped set a template for what the NGO could achieve.

“Taking part in such an important matter really surprised not only us at SWSO, but also other members of local civil society, as we trained and coached the women that helped resolve that dispute,” Ms. Godane says. “It helped us to recognize that, from our work, women can indeed make important decisions and take action if they are given the space and capacity to do so.”

The activist’s experiences over the past decades – both through SWSO and in her own personal life – have led to her to stand as a candidate in Somalia’s national elections. She is contesting a parliamentary seat in the Afmadow district in Jubaland’s Lower Juba region.

The country’s leaders have agreed on a 30 per cent quota for women’s representation in the parliamentary polls, which will be held according to an indirect model of election.

The 30 per cent target is nothing new for Ms. Godane, who lobbied for that goal in the country’s previous elections.

“In 2016, setting aside 30 per cent of seats in parliament for women was not a walk in the park. It came through a series of engagements and consultations that we were a part of and led to the allocation of a fair share for the women, who deserved more,” she says.

If successful, Ms. Godine aims to, in addition to servicing her constituents, continue her advocacy work for and empowerment of women and girls, both locally and nationally.

“If we – the women in this country, or in this region in particular – want to have a say on vital issues that are affecting us, then we need solidarity to join our hands and voices together so that we are heard,” Ms. Godane says. “Otherwise, we will remain scattered and overlooked.”

The concept of solidarity has defined the work of the United Nations since the birth of the world body, with its creation drawing the peoples and nations of the world together to promote peace, human rights and social and economic development.

In 2005, the UN General Assembly identified solidarity as one of the fundamental and universal values that should underlie relations between peoples in the twenty-first century, and in that regard decided to proclaim 20 December of each year International Human Solidarity Day.