Fatuma Abdisalan is a passionate and enthusiastic entrepreneur based in the port city of Kismayo.

“My line of business is to sell furniture, including high-quality household and office appliances, as well as furniture for the living room, dining tables, office and bedroom materials, among others,” she says.

However, her journey to becoming a successful businesswoman in the capital of Jubaland, in southern Somalia, was not an easy one.

“When I started my business eighteen years ago, with only $35, my sole intention was to gather some cash to go to Europe and escape from the ongoing civil war in the country. I had never thought one day I might be a prominent businesswoman in the coastal city of Kismayo,” she notes.

She was 21 years old when she came to Kismayo. Her immediate aim was to go to Kenya to obtain a visa to get to Europe. 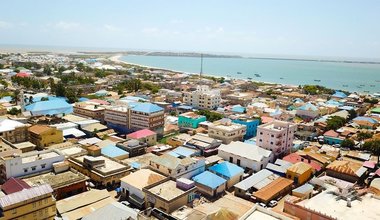 The idea of spending much time in Kismayo, let alone starting a small business, had not crossed her mind. The region was beset by regular clashes between armed groups, with warlords holding sway there and many parts of the country – including her own home town of Gurriel in central Somalia – and a general state of lawlessness throughout. But a relative convinced her to take a chance.

“My auntie advised me at the time not to take that long, perilous journey to Europe,” the entrepreneur recalls. “She told me to stay in Kismayo and explore other options – she saved my life.”

Initially, Ms. Abdisalan alternated between hope and despair about her prospects. With her limited funds, she found that the only business she could afford to start was one selling frankincense and perfumes to women in her local neighbourhood. To her surprise, she made a small profit in her first few months of operation.

Slowly, she was able to expand her business. She started selling clothes on credit, and despite some tough times for her new venture, she followed her burgeoning entrepreneurial spirit.

“I had a feeling that I would overcome those challenges, although the conflict and lack of financial support compounded the challenges,” she says. “At the time there were no financial institutions that offer loans for small businesses.”

Still, her business continued to grow – even during some overall tough times. For example, in 2006, when the Islamic Courts Union controlled Kismayo and other parts of the country, she bought a dozen paits of trousers for $100 and later sold them to members of the group for $200.

With the increase in revenue and profit, the thought of going to Europe subsided. The mother-of-five now has three furniture stores around Kismayo, and has also extended her wares to other goods. 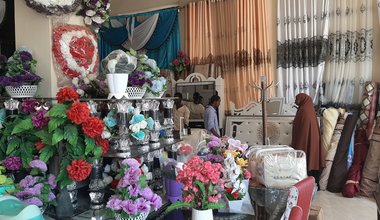 “I always come to shop here to buy furniture for my house, they are of good quality and there is variety and that makes her furniture stand out,” says Ayan Mohamed, a customer shopping inside of the stores.

While her success in the business arena has been welcome, Ms. Abdisalan also takes heart from the impact her businesses have on her local community.

“I have eleven employees – seven men and four women. They help me run my three outlets. My business lines are in clothes, cosmetics and furniture now. I continue to scale up my business revenues by stocking imported goods from Dubai, Turkey and China,” she says.

Ms. Abdisalan hopes her experience can provide an example to other Somali women. She encourages them to work hard and pursue their dreams, while also being patient and willing to take risks.

“I have managed to balance my business and family life. If I can do that, anyone can!” she says. “I normally reside near my businesses so that I can easily see and breastfeed my child. During the morning hours, I often come to work at 9:00 a.m. and return to home at 4:00 p.m. or, sometimes, 5:00 p.m. If you work and help yourself and your family, then you can help others and contribute to your country.”

Somali women entrepreneurs can still face many hurdles, such as a lack of access to finance, cultural attitudes and inadequate business knowledge and skills. This is in addition to the ongoing risks associated with terrorist attacks.

However, according to Ms. Abdisalan, the situation is much easier nowadays, thanks to the overall relative stability and growth in the number of local banks in Kismayo. She highlights the investment in Somalia by members of its diaspora as another sign of confidence in the country’s future.

As for her own long-term plans, Ms. Abdisalan is determined to follow her entrepreneurial instinct. 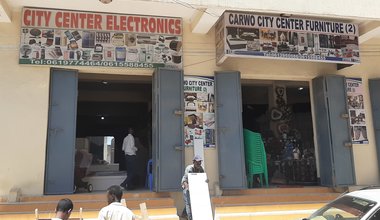 “I plan to expand my business in five to ten years and bring cutting-edge products to Kismayo and other cities around the country,” she says.

According to the UN agency for gender equality and women's empowerment, UN Women, women’s economic empowerment and skills development is one of the most urgent and effective means to drive progress around the globe on gender equality, poverty eradication, and inclusive economic growth.

Despite growing evidence of the positive outcomes of young women’s economic empowerment, young women continue to experience unequal access to education and skills development and face barriers to securing decent employment and opportunities to thrive as entrepreneurs. Their access to resources, including land and loans, may be restricted by discriminatory laws, and they continue to shoulder an unequal share of unpaid care work, due to the persistence of traditional gender roles.