Baidoa – Somalia has one the world’s biggest ‘youth bulges’ - that is, around 60 percent of its estimated population of some 15.9 million people is under the age of 30, according to the World Population Prospects, produced by the United Nations Department of Economic and Social Affairs.

The great number means a greater need to deal with challenges related to their education, employment and a range of other issues, including their representation in the political and government spheres.

Recent developments in Somalia’s South West State (SWS) indicate that there is progress in the latter.

At its recent regional assembly selection, for the first time ever, youth made up some 40 percent of the new parliamentarians. This is a remarkable achievement for youth participation and representation, and widely welcomed as a harbinger of progress for the country overall as it prepares for nation-wide elections. 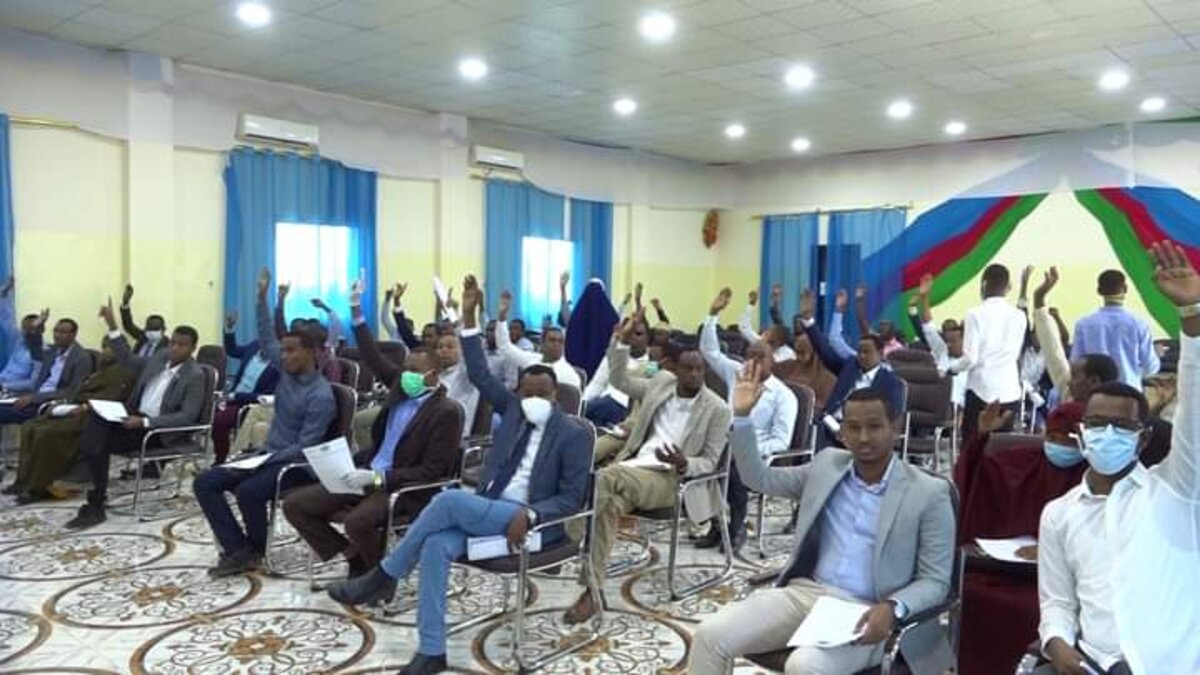 The representation was kicked up a notch further when in June this year, SWS President Abdiaziz Hassan Mohamed ‘Laftagareen’ had a mini reshuffle of his cabinet, which led to a final tally of eight ministers under the age of 38.

There is no universally agreed international definition of the youth age group. However, for statistical purposes, the United Nations defines ‘youth’ as those persons between the ages of 15 and 24 years, albeit without prejudice to any other definitions made by Member States. In Somali culture, people are widely considered to be youth until reaching the age of 40.

The SWS president has received praise locally and nationally for giving youth the opportunity to serve in his cabinet and show the kind of public service they can provide.

One of the new SWS regional assembly’s members is Mohamed Ali Hassan, who had moved to the SWS Interim capital, Baidoa, in February 2019, to take up his appointment as the FMS’s Minister of Commerce and Industry.

The 34-year-old's path to politics in SWS was somewhat unexpected to begin with. He was born, brought up and educated in the capital, Mogadishu, where he graduated from SIMAD University with a computer science degree in 2012. 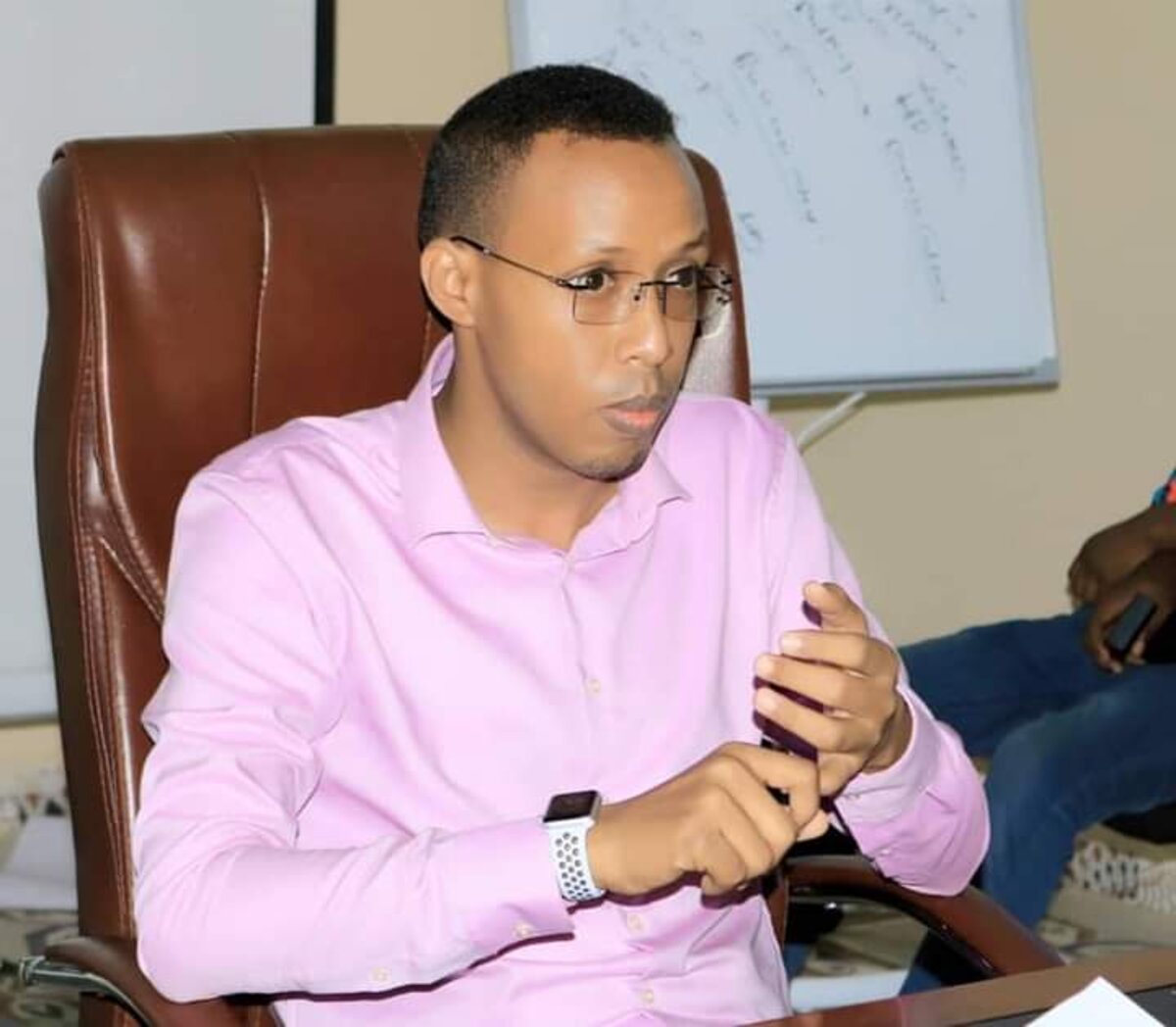 The Minister then worked at various national ministries of the Federal Government of Somalia (FGS), which also provided him with opportunities for training and workshops abroad with some of Somalia’s international partners.

“I never fled from my country,” he says. “After my graduation, I had the opportunity to work with the FGS which allowed me to visit many countries - including but not limited to Japan, Qatar, Turkey, Kenya, and Ethiopia. I made comparisons and came to realize that these countries were not built by angels but by humans, just like us. So why not my country?”

The Minister says that a willingness to get involved in their local communities and wider society is crucial for Somali youth, along with the benefits of education.

“Two-thirds of the current SWS regional assembly are university graduates. Bringing educated youth to parliament is the best channel that can help connect the government to the public as youth make up to 75 percent of the Somali population,” says Mr. Hassan.

“This has been the best political representation we’ve ever had since the formation of SWS in 2015,” he adds. “I can say that youth empowerment bear fruits in the South West State of Somalia.”

Since his appointment to the ministry and entering the SWS parliament, Mr. Hassan – and other young parliamentarians – has found himself to be something of an exemplar for local youth seeking a role in regional and national politics.

“I recommend to them that they not go into politics simply because others are doing the same. Instead, they should have a goal and plan to work off. Essentially: never hesitate to run for political office if you have a fruitful idea that can promote our region’s security, stability and economy,” he says, adding, “Why give away such opportunities to warlords and traitors when you yourself can be providing good service to your communities?”

His actions, words and progress have resonated.

“I see joining politics as crucial step (for me) that I will use to contribute to Somalia’s reconstruction efforts. Today’s youth are free from clannism mentality. They are very resourceful and they can generate constructive ideas for the South West State’s House of Representatives, which will in turn contribute to the wider nation-building initiative,” says Isse Abdullah Hassan, a local, young civil servant, who hopes to become a parliamentarian one day.

“Joining politics will help me change Somalia’s political dynamics and break the chain of old, illiterate and warlord-centred leadership who have the core objective of serving personal and clan interests, and engaging in corrupt practices, rather than the electorates and the Somali nation's interests in general,” Mr. Hassan adds.

A local education activist, Abdi Daqane Mohamed, has similar hopes, with an ultimate goal of helping steer the direction of SWS’s learning and training policies as part of – or even leading – the SWS’s education ministry one day.

“It is part of my plan to support inclusive mainstreaming and integrated quality education that can produce future regional and national leaders,” he says. “I do advise current leaders to start building teachers training centres so that we can have the best teachers providing our children with quality education.”

Asides from the personal example his career provides, Minister Hassan also tries to incorporate the needs and potential of youth into his work.

For example, his ministry has partnered with the UN Industrial Development Organization (UNIDO) and the South West State Chamber of Commerce and Industry (SWSCCI) to establish an Enterprise Development Unit (EDU) in Baidoa, with funding from the Italian Agency for Development Cooperation.

One of three in the country, the EDU provides training to business people and potential entrepreneurs, as well as support for the local private sector community with dedicated one-on-one support services necessary to start-up an enterprise, improve business operations, support technology tie-ups and investment promotion.

“The EDU has been providing more than 80 hours of entrepreneurship development training to local youth and women, and more than 80 hours of business counselling support, including onsite-visits to small- to medium-sized enterprises to help upgrade their business skills,” he notes. “Because of this, the trained and counselled youth and women entrepreneurs can move forward faster in realizing their business ideas, while existing businesses can change their traditional ways of doing business.”

The United Nations believes that youth can be a positive force for development when provided with the knowledge and opportunities they need to thrive.

In his message for this year’s International Youth Day, marked on 12 August, UN Secretary-General António Guterres praised youth for their activism and for helping make a difference around the world.

“They are peacebuilders promoting social cohesion at a time of social distancing, advancing an end to violence globally and advocating harmony at a time of rising hatred,” he said. “I call on leaders and adults everywhere to do everything possible to enable the world’s youth to enjoy lives of safety, dignity, and opportunity and contribute to the fullest of their great potential.” 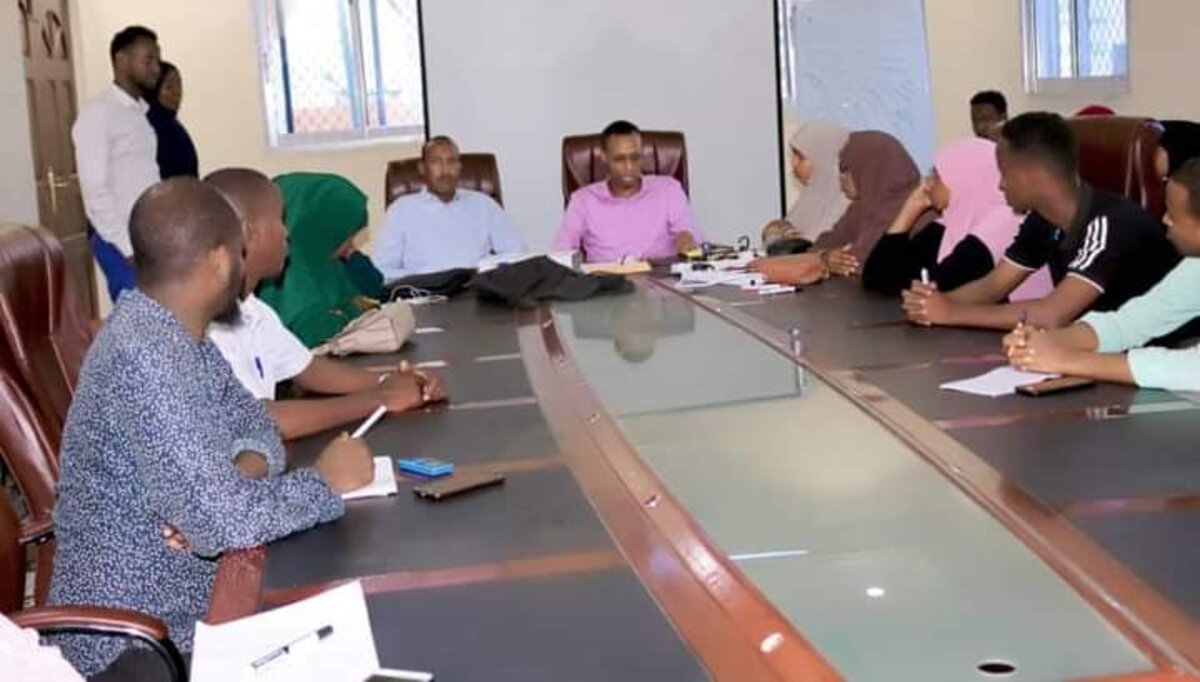 In Somalia, the United Nations operation established a Youth Advisory Board, made up of 18 young people, nine women and nine men from across the country, to advise the UN system on youth issues in Somalia. The Board aims to strengthen the UN’s engagement with young Somalis and their involvement in political processes and peacebuilding initiatives as part of the world body’s Youth, Peace and Security Agenda.

The Agenda is tied to the UN Security Council’s Resolution 2250, which was adopted in 2015 and emphasizes the importance of youth as agents of change in the maintenance and promotion of peace and security.