Interview with the UN Environmental Advisor to Somalia, Christophe Hodder

Interview with the UN Environmental Advisor to Somalia, Christophe Hodder 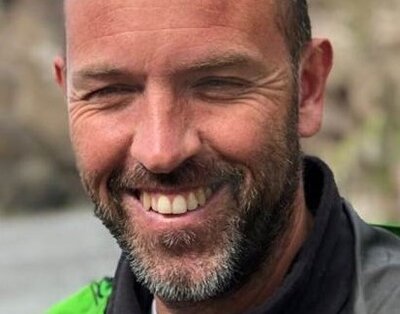 Christophe Hodder’s job description is unique: he is the first United Nations climate and security expert within the framework of a UN peace mission.

His position is funded by Germany’s Federal Foreign Office due to that country’s stance on the subject of climate and security in the world body’s agenda.

Mr. Hodder began supporting the UN Assistance Mission in Somalia (UNSOM) from Nairobi in June 2020. He is planned to travel regularly to the Horn of Africa country, but that has not yet been possible because of the corona pandemic.

Mr Hodder, in what way are climate and security interlinked?

There is little doubt that climate change is happening – we really are in a climate emergency. It is something big and massive, and it causes changes in ecosystems and livelihoods. This is specifically relevant for populations that depend on what we call natural capital, such as local farmers. Let’s look for example at people who graze their animals around river banks. Increasing flooding might lead to their displacement. These people will then move on to other lands that other farmers are using already. So there is an increase in fighting over natural resources. These pressures interact with social, political, economic and demographic dynamics. When certain thresholds are met and the coping capacities are exhausted, this creates a web of effects that basically threaten human communities. That’s the link between climate and security.

What are the risks at the Horn of Africa in particular?

There are increasing droughts and flooding, environmental land degradation, animal and crop diseases, human diseases like malaria but also zoonotic diseases like COVID-19. There is a high population density and an increase in the urban population, especially in slums, which causes a higher demand for food and issues about food prices. Thus, climate insecurity overlaps an increase in poverty and social disparities. This all increases conflict over natural resources and issues of instability.

You are the UN’s first climate and security expert in the context of a UN peace mission worldwide. What is your role exactly?

My role is to help the United Nations Assistance Mission to Somalia (UNSOM) to implement its mandate around the environment. It is about how the mission considers the implications of climate change and natural disasters in its programmes. I sit in the office of the Deputy Special Representative to Somalia. I try to help the Special Representative and the mission as a whole to bring the environmental security approaches to everything they do. Generally my role is about raising awareness and coordinating the different partners and actors, among them also grassroots organisations. Hopefully I can show evidence of the fact that it’s important to link climate and security and to bring all this together in peacebuilding missions under UN mandate.

How do you plan to do this and who are your partners?

I’ve got support from the Climate Security Mechanism – a group set up across the UN family. There is a lot of research already and various partners including the German embassies have been working intensely on this. But there is still a lot to do in terms of specific things on the ground and really trying to work with the political arms of the missions, supporting them in looking at climate-related peacebuilding initiatives and helping building legislative and legal institutions. That’s one arm, the other is supporting the government and the various institutions.

So it’s a huge network you’re working with.

Definitely. Another aspect is gathering the data and information I need. Therefore, I am working with partners like the FAO on food issues and the UNHCR in terms of displacement. Within the UN Environment Programme we have a lot of information from satellite imagery, and we are also cooperating with regional organisations who can bring in a lot of data and information as well.

Your work is financed by the German Federal Foreign Office. How do you see Germany’s role in tackling security risks caused by climate change?

The Germans have been a leading partner when it comes to looking into climate insecurity. They have been involved in bringing this agenda to the Security Council. I would urge them to continue to focus on the long term implications of the Paris Agreement. They should widen the agenda and continue trying to bring the topic to high-level dialogues. I would also urge them to continue strengthening the capacities of UN and regional organisations. Amplifying voices of affected states such as Somalia is also important. Germany should continue doing research, sharing findings and leading by example.

Tell us something about yourself – you have a background in health.

I come from a public health background, with a focus on behaviour and behaviour changes. Much of what I’m doing in terms of climate has to do with these issues as well. I have spent most of my career in fragile and developing countries, so I’ve worked closely with governments around the world and know how to help fragile systems. Before coming to Somalia I was in Nepal where I worked in helping out after the earthquake. For example, I was involved in setting up the national disaster management authority.

This interview first appeared in: